Carl Sagan, spaced out on pot

A friend once told me that famed astronomer and noted head Carl Sagan wrote notes from his high self to his sober self to trust in his stoned revelations. I haven't confirmed that, but Sagan was definitely into the wacky tobaccy. In 1969, Sagan contributed a piece about his marijuana use for the book "Marihuana Reconsidered." Sagan wrote under the pseudonym of Mr. X, but he was later confirmed as the author.

I do not consider myself a religious person in the usual sense, but there is a religious aspect to some highs. The heightened sensitivity in all areas gives me a feeling of communion with my surroundings, both animate and inanimate. Sometimes a kind of existential perception of the absurd comes over me and I see with awful certainty the hypocrisies and posturing of myself and my fellow men. And at other times, there is a different sense of the absurd, a playful and whimsical awareness. Both of these senses of the absurd can be communicated, and some of the most rewarding highs I've had have been in sharing talk and perceptions and humor.

Cannabis brings us an awareness that we spend a lifetime being trained to overlook and forget and put out of our minds. A sense of what the world is really like can be maddening; cannabis has brought me some feelings for what it is like to be crazy, and how we use that word 'crazy' to avoid thinking about things that are too painful for us. In the Soviet Union political dissidents are routinely placed in insane asylums. The same kind of thing, a little more subtle perhaps, occurs here: 'did you hear what Lenny Bruce said yesterday? He must be crazy.' When high on cannabis I discovered that there's somebody inside in those people we call mad.

When I'm high I can penetrate into the past, recall childhood memories, friends, relatives, playthings, streets, smells, sounds, and tastes from a vanished era. I can reconstruct the actual occurrences in childhood events only half understood at the time. Many but not all my cannabis trips have somewhere in them a symbolism significant to me which I won't attempt to describe here, a kind of mandala embossed on the high. Free-associating to this mandala, both visually and as plays on words, has produced a very rich array of insights.
There is a myth about such highs: the user has an illusion of great insight, but it does not survive scrutiny in the morning. I am convinced that this is an error, and that the devastating insights achieved when high are real insights; the main problem is putting these insights in a form acceptable to the quite different self that we are when we're down the next day. Some of the hardest work I've ever done has been to put such insights down on tape or in writing.

The problem is that ten even more interesting ideas or images have to be lost in the effort of recording one. It is easy to understand why someone might think it's a waste of effort going to all that trouble to set the thought down, a kind of intrusion of the Protestant Ethic. But since I live almost all my life down I've made the effort - successfully, I think. Incidentally, I find that reasonably good insights can be remembered the next day, but only if some effort has been made to set them down another way. If I write the insight down or tell it to someone, then I can remember it with no assistance the following morning; but if I merely say to myself that I must make an effort to remember, I never do. 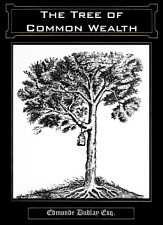