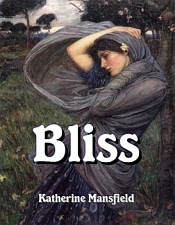 With a key vote nearing, the president slams banks and business groups, saying they want only "to maintain the status quo that has maximized their profits at the expense of American consumers."


Reporting from Washington - President Obama tried to build momentum for the centerpiece of his overhaul of financial regulations -- a new agency to protect consumers -- by aiming to derail the strong opposition from business groups that threatens its passage by Congress.

In some of his sharpest comments on the issue, Obama slammed banks and the U.S. Chamber of Commerce for trying to block, or at least water down, the proposed Consumer Financial Protection Agency as it heads toward a vote in a House committee next week.

"They're doing what they always do, descending on Congress, using every bit of influence they have to maintain the status quo that has maximized their profits at the expense of American consumers, despite the fact that recently a whole bunch of those same American consumers bailed them out as a consequence of the bad decisions that they made," Obama said Friday at a White House gathering of key lawmakers, administration officials and other supporters.

The consumer agency has wide support among Democrats, including Rep. Barney Frank of Massachusetts. Frank is chairman of the House Financial Services Committee, which takes up the measure next week. Many Republicans, bank regulators and businesses oppose all or key parts of the agency. Among other things, they say the measure would bring unnecessary layers of regulation and the intrusion of government in business operations.

To emphasize that the proposed agency was designed to protect average Americans in the often-confusing financial marketplace, Obama met before the event with five people who had lost money to large bank overdraft fees, high-interest payday loans, expensive adjustable-rate mortgages and other products.

"I was caught in a debt-trap of predatory lending. . . . We need greater consumer protection from creditors' loans," said Patricia Nelson, 64, a retired nurse from Waukesha, Wis., who introduced the president at the event.

Nelson said she borrowed $550 from a payday lender in 2007 to help her move closer to her family because of a health issue. She made monthly payments for nearly two years, paying $2,700 in interest with none of it going toward the principal. Obama said the new agency would help protect consumers from predatory lenders by taking over consumer protection functions from seven regulatory agencies, where the tasks typically have not been high priorities. The bill would focus enforcement in one place with a single mission.

The agency would have wide authority to make consumer protection rules for credit cards, mortgages, bank accounts and other financial products, and would police institutions for compliance.

"It's true that the crisis we faced was caused in part by people who took on too much debt and took out loans they couldn't afford," Obama said. "But my concern are the millions of Americans who behaved responsibly and yet still found themselves in jeopardy because of the predatory practices of some in the financial industry.

"These are folks who signed contracts they didn't always understand offered by lenders who didn't always tell the truth. They were lured in by promises of low payments and never made aware of the fine print and hidden fees."

Opponents of the agency said it would limit consumer choice and restrict access to credit by dictating what types of loans and other financial products people could get. Some have dubbed it the "Financial Services Product Approval Agency."

House Republicans have proposed their own overhaul that includes an office of consumer protection in a new single banking regulatory agency.

An official from the U.S. Chamber of Commerce said the group agreed with Obama that consumers need greater protection but opposed the creation of "a massive new federal agency with unprecedented powers over vast segments of the business community."

"The proposed CFPA will exacerbate the weaknesses of the current system that clearly failed, restrict access to credit and make it more costly for consumers and businesses," said David Hirschmann, president of the chamber's Center for Capital Markets Competitiveness.

Obama specifically criticized the U.S. Chamber of Commerce, which last month launched a $2-million ad campaign against the new consumer agency. He noted that the group had spent nearly $500 million on lobbying over the last 10 years and now was fighting along with financial institutions "to keep every gap and loophole they can find" in U.S. regulations.

"These Americans can't afford high-priced lobbyists to argue their case," he said of the five consumers who attended the event. "They're counting on us to be their advocates, to be their voice, to restore a sense of responsibility from Wall Street to Washington."