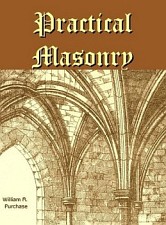 The return to what Lyndon LaRouche describes as the "Glass-Steagall standard" is an essential component of any successful effort to pull the United States out of its second Great Depression, and avoid a collapse into a global New Dark Age.

The term "Glass-Steagall standard" refers both to the Glass-Steagall Act of 1933, which created a legal firewall between commercial banking and speculative "investment" banking, and its founding principles. The Glass-Steagall Act was one of a series of reforms initiated by President Franklin Roosevelt, designed to break the grip of the Anglo-American financiers led by J.P. Morgan over our nation's economy, and reassert national sovereignty.

Glass-Steagall, the law of the land from 1933 until 1999, provided significant protection to the depositors and borrowers who depended upon a sound commercial banking system. It arose out of the Pecora Commission hearings (1932-34), which revealed the manner in which the big banks of the day had looted their customers for the benefit of a small coterie of insiders. FDR used the outrage provoked by these revelations to force through reforms over the vehement objections of Wall Street.

In addition to preventing commercial banks from engaging in Wall Street-style speculation, Roosevelt also created the Federal Deposit Insurance Corporation (FDIC) to insure deposits—necessary to restore public confidence after the widespread failures—and created the Securities and Exchange Commission (SEC) to police Wall Street. To emphasize the latter point, he appointed Ferdinand Pecora as one of the initial SEC Commissioners.

Public Trust
Commercial banking is, essentially, a public trust, and a necessary component of a healthy economy. Citizens place their funds on deposit at a bank, and the bank then uses those deposits to make loans to other citizens, for the purpose of improving the standard of living of the community as a whole. The bankers have a special responsibility to protect those funds, to lend them wisely. The money does not belong to the banks, it belongs to the depositors, and the bankers are merely custodians.

For such a system to function properly, these depository institutions must be highly regulated, provided with a clear framework of what is permissible, and what is not. Banking regulators must closely watch each bank to make sure the rules are followed, and promptly correct any violations.

Banks are, or should be, creatures of their local or regional economies, whose job is to assist the development of their service areas. The success of a bank is the byproduct of the success of the economy.

This perhaps sounds quaint, like something out of a 1950s movie, to those who are used to what, until quite recently, was the go-go world of international finance, but it is precisely the abandonment of these concepts in favor of unrestrained speculation, that blew up the global economy. Our deviation as a nation from these principles has brought us to the brink of disintegration; if we are to survive, we must return to them.

Modernization
The rallying cry of those who sought the repeal of Glass-Steagall was that laws passed in the 1930s were outmoded, and inadequate for the glorious new world of finance. What we need, the bankers of Wall Street claimed, is a new set of rules for the modern world, freeing us from the limitations of the past.

As with many things the bankers say, the truth is just the opposite: It was FDR who modernized banking, by reinstating the principles embedded in the Declaration of Independence, over the ancient predatory practices of the Anglo-Venetian monetary empire. The demands of the bankers for "reform," which began with FDR's death, and escalated in the 1980s and 1990s, were actually demands to return to the system against which we fought the American Revolution. It was the sovereign constraints imposed by FDR upon imperial banking, that had upset the bankers. Which, of course, is precisely the point of regulation. The predators should never be happy. If they are, the regulators are not doing their jobs.

The repeal of Glass-Steagall, which was preceded by a series of other deregulatory measures, opened the flood-of-money gates for the wildest speculative frenzy the world has ever seen. It allowed the creation of a handful of giant super-banks which dominate the national economy, and whose failure has led to the largest bank bailout in history. It has also bankrupted the nation, and triggered a hyperinflationary expansion of the money supply which is destroying the value of the dollar. If the dollar collapses, the entire world—not just the economy, but civilization itself—will break down.

Franklin Roosevelt was right, and those who opposed his reforms were, and remain, wrong. If we are to save our nation, we must return to the Glass-Steagall standard.

The Fatal Repeal
The Glass-Steagall firewall between commercial and investment banking was formally repealed in November 1999, by the Gramm-Leach-Bliley Act, which created the new classification of financial holding company, with the power to underwrite and sell insurance and securities, engage in both commercial and investment banking, invest in and develop real estate, and related activities.

The top four banking casinos, JP Morgan Chase, Bank of America, Citigroup, and Wells Fargo, represent almost half of the U.S. banking system—46% of the assets and 42% of the deposits. They also have $194 trillion in derivatives bets. Goldman Sachs and Morgan Stanley, the two investment banks that converted to financial holding companies last year, add between them another $88 trillion to the derivatives total.

This insane derivatives bubble is what blew up the global financial system, bankrupted the U.S. banks, and has devastated most of what remains of the productive capacity of the U.S. economy. It would never have been possible, had the Glass-Steagall standard been maintained and enforced.

We must begin by wiping out all the derivatives, declaring all such bets null and void, by law—in effect, restoring the law to its status before it was corrupted. Outlawing derivatives solves the problem of having to wind down all the speculative bets and fictitious claims, and allows us to turn our attention to the more complicated process of sorting out the valid debts from the speculative ones. The valid debts—those arising from real economic activity related to the physical economy—will be honored, while debts related to the speculative bubble will be set aside, to be dealt with after the nation recovers. For debts which have a bit of both—say a mortgage on a home whose purchase price was highly inflated by the effects of the mortgage-securities scam—the size of the debt would be written down to reflect the actual economic value of the property.

FDR understood what Obama does not: People are more important than money. The issue is not maintaining the values of speculative finance. The issue is protecting the lives and welfare of the people. The immediate reinstatement of Glass-Steagall is a necessity, if we are to survive. 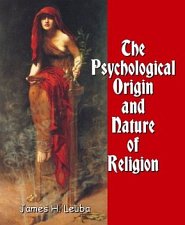