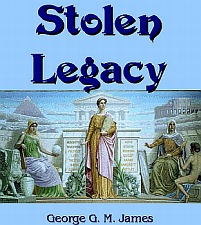 The insurance industry is back in the game, fighting against the health care reform proposals emerging from Congress. They are playing their final card, threatening to raise everyone's premiums if the current bills prevail. They might actually be right about at least one committee's plan, but are dead wrong about the others. In fact, they are making a strong case for why the final version needs a strong public option.

The legislation being voted on today in the Senate Finance Committee is flawed. It mandates coverage for pre-existing conditions, caps out of pocket expenses, and does other things that will raise the costs for insurance companies to do business. The reforms are needed, but what is lacking is a strong public option. Without competition, insurance companies will pass the increased costs back to the consumer. But, with strong competition, they will be forced to cut into their profit margin. The solution is simple, when the two competing bills in the Senate are merged, or during the amendment process, the final Senate bill should have a strong public option.

The health insurance industry report prepared by Price Waterhouse Cooper on the day before the Senate Finance Committee vote claims that everyone's premiums will go up as the result of the legislation now being considered. It should be pointed out that the industry was silent before the fines were lowered for people who opt to not buy insurance.

Even if they have some validity when it comes to the Senate Finance Committee's version of health care reform, which would rely on the not-for-profit co-ops not providing competition, the timing of the health insurance industry report is nothing short of a threat. They are saying to the American people that if you want better coverage for all Americans you are going to have to pay for it. They are saying that they will not reform the way they do business. They will continue to put profit ahead of the health of the nation.

Instead of threatening the American people, the health insurance industry needs internal reform. They need to stop focusing on how to maximize profit and start focusing on the health of their clients. What would happen if the fire department started focusing on making a profit? What if before a fire truck was dispatched to your home they needed approval from your insurance company? What if the insurance company said no, the cost of putting out the fire would be too much.

Blue Cross and other insurance companies are entrusted with making decisions about our health. They should not be motivated by profit. A strong government-run option, similar to Medicare for all, would take profit out of life and death decisions. Gone will be the bonuses for denying coverage; gone will be promotions for saving the company money by rejecting needed treatments.

Instead of ratcheting up fear of reform, let us hope that the American people see through this report from the insurance industry. That being said, I have been warning all along that a reform package that doesn't include a strong public option will be a disaster. This threat from the insurance companies only reinforces that fear. Instead of retreating on reform, the American people need to demand that a strong public option is included in whatever reform emerges, to prevent the Insurance companies from carrying through on the threat they are making. 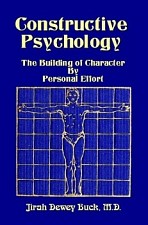