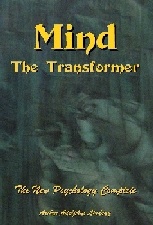 Common Sense Out of Turkey!!!

"How can countries that possess weapons of mass destruction, including nuclear weapons, seek to punish Iran? Do those who possess weapons have the right to demand that others not possess them?"

Erdogan: Use of Weapons of Mass Destruction by Israel in Gaza is a Fact, We Cannot Remain Silent about Targeting Civilians with White Phosphorus

Turkish Prime Minister Recep Tayyip Erdogan said on Sunday that the use of weapons of mass destruction by Israel is a fact, and that it is unfair to remain silent while civilians are targeted with white phosphorus bombs.

In a television interview, Erdogan added that despite the passing of almost nine months since the Gaza events and almost seven months since the donor conference in Sharm al-Sheikh, nothing was achieved regarding the promised reconstruction process due to the Israeli siege that prevents building materials from entering or reaching Gaza.

He pointed out that there are atrocities uncovered by Goldstone report, which was voted for by the Human Rights Council, calling on the UN take a serious stance in that regard and assume its responsibilities towards putting that report into use.

"Turkey will follow the fate of the Goldstone report at the UN until the end," Erdogan affirmed, demanding that the people responsible for this report continue pursuing it until a result is achieved.

He noted that Israel didn't stop at murdering Palestinians by the hundreds, but also destroyed hospital, infrastructure and schools in Gaza, including a UN school.

On Turkey's decision to cancel Israel's participation in the "Anadolu Eagle" maneuvers, Erdogan stressed that these maneuvers are Turkish, so Turkey will decide who can participate in them, and that no-one can impose anything on Turkey in that regard.

"Previously, Israel participated in these maneuvers upon our invitation, but now because of the war on Gaza we decided not to invite Israel in response to the will of the Turkish street, which was deeply affected by the atrocity of the Israeli aggression," he explained.

Erdogan went on to say that no-one can justify killing 1500 women and children using deadly weapons of mass destruction, wounding over 4000 civilians, and destroying hospitals, schools and infrastructure, noting that Israel used its deadliest weapons in an uneven battle, which cannot be justified.

Erdogan affirmed that these agreements are in the interest of the three countries, establishing the basis of a triangle of mutual interests in the region that will increase the volume of exchanged investments, leading to further coordination and cooperation on the political level based on mutual interests.

He also affirmed his country's commitment towards Iraq in the fields of education, training Iraqi forces, security, establishing schools and hospitals, transport and energy.

On Turkey's stance regarding the Iranian nuclear issue, the Turkish Premier affirmed that his country wants to remove nuclear weapons from the Middle East, saying that it is unfair and unacceptable for one country to have nuclear weapons and ignore that and focus on Iran, which says that its nuclear activities are for peaceful purposes.

He called on the International Atomic Energy Agency to expand its search to include non-member countries through a mechanism devised by the UN to inspect the nuclear facilities in these countries.

"How can countries that possess weapons of mass destruction, including nuclear weapons, seek to punish Iran? Do those who possess weapons have the right to demand that others not possess them?" Erdogan concluded.

Recep Tayyip Erdogan was quoted as making the allegation in an interview published by the British newspaper. The comments came amid a crisis in ties between the two allies, which erupted earlier in the month after Turkey banned Israel from participating in a NATO air force drill.

The crisis was deepened two weeks ago, when Ankara refused to take off the air a television drama that depicts Israeli soldiers killing Palestinian children.

In the interview, Erdogan reportedly insisted that the Turkey-Israel strategic alliance remained alive, but chided Lieberman over the alleged nuclear threat regarding the Gaza Strip.

The Turkish leader also stressed that Iranian President Mahmoud Ahmadinejad, who has repeatedly called for Israel's destruction, was a "friend" of Turkey's.

"There is no doubt he is our friend," Erdogan was quoted as saying. "As a friend so far we have very good relations and have had no difficulty at all."


He reportedly rejected on Western accusations that Iran is seeking a nuclear weapon, saying: "Iran does not accept it is building a weapon. They are working on nuclear power for the purposes of energy only."

Some 500 pro-Islamic Turks have held an anti-Israel protest in Istanbul over violence at a Jerusalem holy site claimed by both Arabs and Jews.

The protesters on Monday marched toward the heavily guarded Israeli Consulate and burned an Israeli flag, chanting 'we will protect Al-Aqsa mosque'. Muslims regard Al-Aqsa as Islam's third-holiest site.

Relations between Israel and Turkey - a key Muslim ally - have soured since Israel's war against Islamic militants in Gaza at the beginning of this year.

Earlier this month, Turkey canceled a military exercise in which Israeli
pilots were planned to participate. Tensions deepened after Turkey's state-run TV aired a drama series that portrays Israeli soldiers as cruel and repressive. 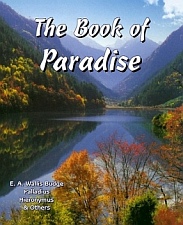