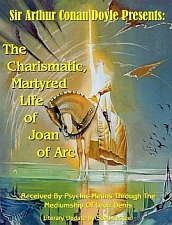 Working the War Up Since Early 2002

The Blair-Bush Conspiracy on Iraq

Most Americans are blissfully in the dark about it, but across the Atlantic in the UK, a commission reluctantly established by Prime Minister Gordon Brown under pressure from anti-war activists in Britain is beginning hearings into the actions and statements of British leaders that led to the country’s joining the US invasion of Iraq in 2003.


Even before testimony began in hearings that started yesterday, news began to leak out from documents obtained by the commission that the government of former PM Tony Blair had lied to Parliament and the public about the country’s involvement in war planning.

Britain’s Telegraph newspaper over the weekend published documents from British military leaders, including a memo from British special forces head Maj. Gen. Graeme Lamb, saying that he had been instructed to begin “working the war up since early 2002.”

This means that Blair, who in July 2002, had assured members of a House of Commons committee that there were “no preparations to invade Iraq,” was lying.

Things are likely to heat up when the commission begins hearing testimony. It has the power, and intends to compel testimony from top government officials, including Blair himself.

While some American newspapers, including the Philadelphia Inquirer, have run an Associated Press report on the new disclosures and on the commission, key news organizations, including the New York Times, have not. The Times ignored the Telegraph report, but a day later ran an article about the British commission that focused entirely on evidence that British military leaders in Iraq felt “slighted” by “arrogant” American military leaders who, the article reported, pushed for aggressive military action against insurgent groups, while British leaders preferred negotiating with them.

While that may be of some historical interest, it hardly compares with the evidence that Blair and the Bush/Cheney administration were secretly conspiring to invade Iraq as early as February and March 2002.

Recall that the Bush/Cheney argument to Congress and the American people for initiating a war against Iraq in the fall of 2003 was that Iraq was allegedly behind the 9-11 attacks and that it posed an “imminent” danger of attack against the US and Britain with its alleged weapons of mass destruction.

Of course, such arguments, which have subsequently been shown to have been bogus, would have had no merit if the planning began a year earlier, and if no such urgency was expressed by the two leaders at that time. Imminent, after all, means imminent, and if Blair, Bush and Cheney had genuinely thought an attack with WMDs was imminent back in the early days of the Bush administration, they would have been acting immediately, not secretly conjuring up a war scheduled for a year later. (The actual invasion began on March 19, 2003).

As I documented in my book, The Case for Impeachment (St. Martin’s Press, 2006), there is plenty of evidence that Bush and Cheney had a scheme to put the US at war with Iraq even before Bush took office on Jan. 20, 2001. Then Treasury Secretary Paul O’Neill in his own tell-all book, The Price of Loyalty, written after he was dumped from the Bush Administration, recounts that at the first meeting of Bush’s new National Security Council, the question of going to war and ousting Iraqi leader Saddam Hussein was on the agenda. Immediately after the 9-11 attacks, NSC anti-terrorism program czar Richard Clark also recalled Bush ordering him to “find a link” to Iraq. Meanwhile, within days, Defense Secretary Donald Rumsfeld was ordering top generals to prepare for an Iraq invasion. Gen. Tommy Franks, who was heading up the military effort in Afghanistan that was reportedly closing in on Osama Bin Laden, found the rug being pulled out from under him as Rumsfeld began shifting troops out of Afghanistan and to Kuwait in preparation for the new war.

It is nothing less than astonishing that so little news of the British investigation into the origins of the illegal Iraq War is being conveyed to Americans by this country’s corporate media—yet another example demonstrating that American journalism is dead or dying. It is even more astonishing that neither the Congress nor the president here in America is making any similar effort to put America’s leaders in the dock to tell the truth about their machinations in engineering a war that has cost the US over $1 trillion (perhaps $3 trillion eventually when debt payments and the cost of veterans care is added in), and over 4000 lives, not to mention as many as one million innocent Iraqi lives.


http://counterpunch.org/
Dave Lindorff is a Philadelphia-based journalist and columnist. His latest book is “The Case for Impeachment” (St. Martin’s Press, 2006 and now available in paperback). 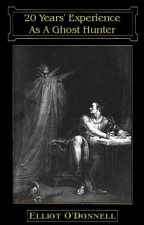