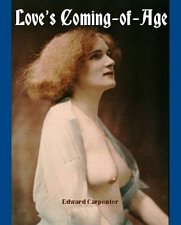 An interesting FSB report circulating in the Kremlin today states that the American Central Intelligence Agency (CIA) is behind an unrelenting media assault upon US golf legend Eldrick Tont “Tiger” Woods and had ordered his ‘takedown’ in an effort to greater fuel their efforts to ignite a race war these forces believe is needed in order to socially re-engineer the United States as it nears total economic collapse.

The startling revelations in this report are reported by the FSB to have been released to Russian Glavnoye Razvedyvatel'noye Upravleniye (GRU) agents posted at the Russian Embassy in Washington D.C. this past week by an “associate” of the head of the American private military force known as Blackwater (now known as Xe Services LLC), Erik Prince, who had just been “outed” by the CIA as being one of their main operatives involved in a covert plot to assassinate enemies of the United States.

So angry was Prince over his outing by the CIA, that aside from releasing previously secret CIA intelligence to the GRU he blasted the American spy agency by publically stating to the US magazine Vanity Fair, “I put myself and my company at the CIA's disposal for some very risky missions, but when it became politically expedient to do so, someone threw me under the bus.”

To the reason behind the CIA’s targeting of Tiger Woods, this report continues, is the ‘deliberate demoralization’ of Americas black raced population by the destruction of one of their most esteemed idols by the racially stereotyped depiction of him as an ‘out of control’ and ‘oversexed’ negro man unable to assimilate among whites.

Even worse, this report further states that the ‘main target’ behind the media destruction of Woods is President Obama, whom the CIA has calculated will suffer increasing alienation from his Nations white population (who number 75% of the American population compared to a black population of just 12.4%) by his being compared with Woods as both Obama and Woods are viewed as the two most popular of all black American peoples and reinforcing white Americans belief that ‘black men just can’t control themselves’.

New reports from the United States are showing that these CIA actions against Obama are indeed working as a just released Gallup Poll finds his approval rating falling below 50% among all Americans for the first time of his Presidency, and among white people alone falling to the chilling low level of just 39%.

To the disdain held by the CIA against Obama we can see evidenced by a report from a former member of the CIA's Directorate of Operations named Kent Clizbe who states in an article titled “CIA Counterterrorism Expert: Obama and Holder 'At War' with Agency” that the “Holder/Obama Global War on the CIA has only just begun.”

Not being understood by the American people, however, is that Obama’s war against the CIA is deemed vital to the survival of the black peoples of America who have been under an unrelenting assault by this spy agency for over 40 years and who have pumped literally hundreds of Trillions of dollars worth of drugs into America’s black communities (and reaping Trillions in profits) from their vast narcotics networks of cocaine from Colombia and opium from Afghanistan.

To the horrific destruction of American black peoples by the CIA it should be noted that the courageous investigative reporter Gary Webb first brought the insidiousness of this spy agencies actions in a 20,000 word, three-part investigative series titled “Dark Alliance” written for his then publisher San Jose Mercury News, but who under pressure from the US government stopped their publication of Webb’s articles, none of which were ever reported by the ‘mainstream’ US propaganda media. On December 10, 2004, Webb was found dead with two gunshot wounds to his head, which was ruled a ‘suicide’.

It is also interesting to note in this report that the CIA backed American tabloid newspaper National Enquirer is reported to have broken the scandalous stories about Woods, and which is important in that this tabloid was one of the main targets of the US Military retaliatory strike against the CIA following the attacks on September 11, 2001, when its headquarters building in Boca Raton, Florida was infected by the deadly anthrax botulism killing a photo editor named Robert Stevens who became the first death in what is now known as the “2001 Anthrax Attacks”.

To one of the most fearful conclusions of this report it states that with Woods “destruction by scandal” nearly complete, Obama will become so weakened among American white peoples that his effectiveness to govern will be destroyed, a most grim outlook especially when viewed in the light of the Global ratings agency Moody’s Investor Service now warning that the United States credit rating is in danger of being downgraded for the first time in its history and the US government also warning that their entire economy is in danger of collapse because their citizens are saving their money instead of spending it, and in an economy based not on making things but on consuming is vitally important.

Most unfortunately for these American people in all of these events is their utter failure to remember their own history, especially the events of the dark Great Depression year of 1933 when another of their Presidents, Franklin Roosevelt, when facing off against these evilest of forces was nearly deposed by coup called “The Business Plot” led by Prescott Bush (the father of one President, the grandfather of another) and which sought to join a new Fascist led United States with that of Nazi Germany which had, likewise in 1933, saw the seizure of their government by the US backed and financed Adolph Hitler.

To if Obama, like Roosevelt before him, will be able to withstand and survive the war being waged against him it is not in our knowing. What is in our knowing though, is that unlike Roosevelt, Obama now governs a population of Americans of whom the majority have been reduced to nothing more than idiots and imbeciles and, like the peoples of Nazi Germany before them, are totally uncaring and blinded to the mass genocide of their black population that has been happening right before them. 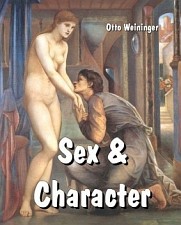