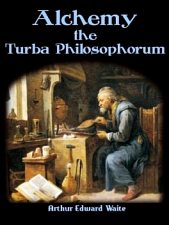 Another Hypocrite Evilangelical Christian caught with his (uh- her) pants down

Why does adultery and divorce not rank in importance of bullshit Christian dogma? It's mentioned in the Bible as a sin many more times than homosexuality... Abortion is never mentioned--

Mrs. Robinson Scores One for Gender Equality in a Bad Way


So the tables-turned, she-cheated-on-him political sex scandal we’ve all been waiting for has finally arrived, albeit across the pond. The fortuitously named Iris Robinson—and here’s to you, etc.—is a 60-year-old member of Parliament from Northern Ireland. Robinson not only had an affair, she had an affair with a teenage boy.

Her husband, Peter Robinson, is—or was, until he stepped aside temporarily this week—an even more prominent politician, Northern Ireland’s first minister and head of the socially conservative Democratic Unionist Party. This is a sex scandal with geopolitical implications, threatening Northern Ireland’s fragile power-sharing agreement.

Mr. Robinson stood by Mrs. Robinson’s side, metaphorically anyway, as the affair came to light and she attempted suicide; in the Robinson twist, it was the wronged spouse who summoned reporters. “I admit that my immediate impulse was to walk away from my marriage,” the normally buttoned-up Mr. Robinson said, his voice breaking. “I felt betrayed after almost 40 years of being happily and closely bonded together.”

As sex scandals go, this one is a trifecta. There is the cougar aspect—supercougar, in fact. Anne Bancroft was playing a 40-something Mrs. Robinson seducing college graduate Benjamin Braddock. This Mrs. Robinson was 59 when she started sleeping with a 19-year-old. Robinson had known Kirk McCambley since he was a child and she patronized his father’s East Belfast butcher shop. The elder McCambley, as he was dying, asked Robinson to look after his son—“She made sure I was OK,” Kirk McCambley told the BBC.

There is the hypocrisy bonus: Mrs. Robinson, an evangelical Christian memorably described as “fire and brimstone in a Laura Ashley package,” liked to pronounce on the government’s “responsibility to uphold God’s laws” and described homosexuality as “an abomination” comparable to—get this—pedophilia. Her husband seconded that assessment. “It wasn’t Iris Robinson who determined that homosexuality was an abomination, it was the Almighty,” Peter Robinson said.

Of course, the Almighty had something to say about adultery, too, and that one merited its own commandment. Given her new emphasis on Christian forgiveness, Iris Robinson might rethink her smug dismissal of Hillary Clinton: “No woman would put up with what she tolerated from her husband when he was president.” What’s that you say, Mrs. Robinson?

And there is the sordid financial angle: Iris Robinson reportedly funneled cash from two local developers to McCambley to open a cafe in a project being built by the local government—and, as a local official, backed his application. The money went unreported on financial disclosure forms, and she asked for it back when the affair ended. “It seems cruel but I am not going to soften until he has paid back the [45,000 pounds] and he has got until Christmas,” she said in texting political adviser Selwyn Black.

One might have hoped—I did—that the female politician’s dalliance would be less squalid than the male version, more mooning over Heathcliff than checking into the Mayflower as Client No. 9. The Robinson affair suggests not. South Carolina Gov. Mark Sanford’s moping over his Argentine soul mate seems more stereotypically feminine than Robinson’s cold detachment, describing the seven-month relationship as “a brief affair” that “had no emotional or lasting meaning.”

Silvio Berlusconi’s poolside romps notwithstanding, it is unnatural for someone of either gender to have sex with someone 40 years younger; it is unnatural and surprising when the older someone is a woman. At a certain point, women tend less toward the pool boy and more toward, well, the budget director.

Of all the straying politicians this side of the Atlantic, Iris Robinson reminds me most of John Edwards. They were twin spirits in their reckless conduct and their resort to psychobabble to explain it away once discovered.

In “Game Change,” Mark Halperin and John Heilemann describe how increasingly frantic Edwards staffers tried to get their candidate to end his affair with Rielle Hunter; Black played a similar role with Robinson. Edwards, in his excruciating “Nightline” interview, blamed his straying on his too-quick success, “which fed a self-focus, an egotism, a narcissism.” Robinson invoked her depression—“psychiatrists may suggest that my mental illness was a significant factor explaining my irrational behavior”—even as she claimed she was taking “full responsibility.”

The future will no doubt bring more instances of philandering female politicians. But the first such high-profile example portends a sordid sameness to the narrative of the adulterous pol, no matter what gender. 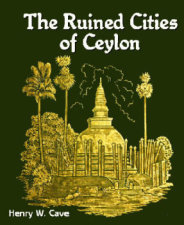 Main Article Page
Another Hypocrite Evilangelical Christian caught with his (uh- her) pants down
http://www.hiddenmysteries.net/newz/article.php/20100117063724426