Pastor gets prison for assault, kidnapping

The controversial pastor of Thy Kingdom Come, a church in Wheaton has been sentenced to 11 1/2 years in prison after being convicted of assault, kidnapping and burglary.


The controversial pastor of Thy Kingdom Come, a church in Wheaton has been sentenced to 11 1/2 years in prison after being convicted of assault, kidnapping and burglary.


The 138-month term was a departure from Minnesota sentencing guidelines, doubling the suggested maximum of 69 months, said Mitchell Robinson, an attorney for Barnes.


Big Stone County Attorney William Watson, who prosecuted the case, wasn’t available for comment Thursday. A woman who answered the phone at his law office said Watson is pleased with the sentencing.


Barnes, who had asked to have the trial decided by a judge instead of a jury, was found guilty of three felony charges: kidnapping, first-degree burglary and second-degree assault. He was also convicted on two misdemeanor assault charges.


Seibel’s stiffer sentence was given for the felony assault charge. State law allows for the more severe penalty because there were three or more people involved in the attack.


Barnes was also sentenced to three years each on the other two felony charges, though those sentences will be served at the same time as the longer prison term.


Authorities in Big Stone County also charged four others in connection with the June 22 home invasion in Beardsley.


Barnes argued he did nothing wrong and said he was just trying to get his son-in-law into treatment for substance abuse.


Thy Kingdom Come is a church Barnes founded in Wheaton in 2004. It aims to reach substance abusers, but has been criticized by some community members who think the church has required too much police attention.


Robinson said Barnes did not accept a plea bargain because he thinks he was in the right. Barnes told Robinson after the sentencing that he would still take the case to trial if he had a chance to do it again.


The other defendants did agree to cooperate and will face far lesser sentences, Robinson said.


Only Darryl Kennedy, who also pleaded guilty to a manslaughter charge in an alleged murder of a 14-month-old girl last fall at Barnes’ church in Wheaton, will see time in prison, Robinson said.


Kennedy was sentenced to six years and three months in prison in the killing of the girl, Aundrea Brownlow.


His co-defendant suspected of swinging the bat that allegedly killed Brownlow, David Eric Collins, is set to go to trial May 14 in Traverse County District Court 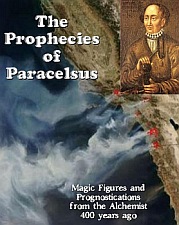