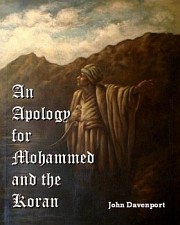 "One Nation, Totally Under God, You Betcha"

In an oak-paneled conference room somewhere in Manhattan’s Goldman Sachs building, the Republican National Committee today signed over its soul to the Reverend Pat Robertson.


“They had a soul?” asked a reporter at a press conference shortly after the signing. “Oh yes,” explained RNC chairman Michael Steele. “You see, the legal reality of corporate personhood extends to the right of individual political entities to acquire souls, then sell or buy them in the free market. You may, in fact, be surprised to learn that Republican humans also possess souls. I myself have one that I’ve wisely converted to several hundred shares of Lockheed Martin.”

The Robertson deal, however, which some analysts have called a leveraged buyout, appears to be part of a “greater plan.” According to Mr. Steele, the sale of the RNC’s soul to Pat Robertson legally empowers the Republican Party to nominate God in the next election for President of the United States.

Although some in the GOP feel the choice is “a comedown from W,” most embrace the strategy. “The Lord God Almighty is your ideal Presidential candidate,” exulted Senator Tom Coburn of Oklahoma. “God’s got loads of experience governing, He’s against gay marriage, and obviously, you’ll go to hell if you don’t vote for Him. Plus, we really like His stand on Haiti.”

Mr. Coburn was referring to the Reverend Robertson’s televised remark on January 13 that the massive earthquake devastating the Caribbean nation of Haiti was God’s “curse” for its 1804 revolution, when Haitian slaves made what Mr. Robertson called a “pact with the devil” to overthrow their French rulers.

Like most epic ventures, the Robertson deal began in humble obscurity. An RNC member present at the deal’s inception spoke on condition of anonymity.

“It was the day after the earthquake. A bunch of us Party hacks were sitting around, feeling depressed that we were no longer the Congressional majority. Some of the more self-pitying among us had started to wear dashikis and say how they knew what it’s like to be a ‘minority.’ They also said the U.S. should look to its foreign policy to see why Haiti is so poor in the first place. That’s when somebody suggested we send Oxfam some money to help those poor Haitians. I was just about to take out my checkbook – that’s how low I’d sunk. Luckily, the TV was on and suddenly, in the background, we heard the healing voice of Pat Robertson, reminding us that those people basically got what they deserved.”

Only a few days later, the Party received divine affirmation when Republican Scott Brown from Massachusetts was elected to the U.S. Senate. But soon came the fear that, even with this “blessing,” the fact that America had elected Barack Obama President could call down God’s wrath at any moment. At this point, the Republican National Committee decided to contact God’s agent, Pat Robertson, to offer God the U.S. Presidency. Unfortunately, Mr. Robertson wanted 18 percent of God’s earnings. And so began negotiations.

Now utterly soulless, the Party is throwing itself into an early campaign. GOP volunteers are busy, hand-lettering homemade protest signs reading “PREVENT EARTHQUAKES, VOTE GOD” and “LET’S PUT THE WHITE BACK IN THE WHITE HOUSE,” with which they intend to infiltrate regularly scheduled spontaneous Tea Party marches on Washington.

Republicans are also using God’s Haiti example to appeal to corporate interests, arguing that God is not only in favor of exploiting labor, but is also against big government. In directly punishing evil and rewarding good, argues the GOP, President God would cut out the middleman, effectively eliminating the Justice Department, along with most other federal institutions – although He might create a Department of Slavery. Our system of checks and balances would remain as the father, the son, and the holy ghost.

Other electoral parties, having gotten wind of the RNC campaign, are considering running their own “higher powers.” The Green Party is expected to nominate Mother Nature. Various communist and socialist parties, with their signature refusal to acknowledge any god, will be forced to sit out the election, which means that the Democratic Party will likely attract the remaining leftwing vote by dropping its support for Obama and offering the candidacy to Satan.

Republicans, however, scoff at these prospects. “One nation, totally under God, you betcha,” said Sarah Palin, who, it is rumored, wants to be considered for First Lady. “If you think about it, God’s Haitian policy totally validates America’s response to Hurricane Katrina, not to mention Iraq and Afghanistan. As long as nobody decides to nominate Allah, I think America’s going to be OK.”

Back at the Goldman Sachs building, a few reporters, not yet laid off from their secular humanist news organs, were becoming querulous. “The idea that catastrophes are divine punishment is profoundly immoral,” shouted Bill Moyers of PBS. “That could never happen.”

All at once, the building began to tremble. Tables buckled and windows dropped from their frames. Some at the press conference involuntarily shrieked that God was meting out Judgment. But they were instantly rebuked by the Reverend Pat Robertson, who was quick to point out that the Goldman Sachs building happened to have been built on a fault line. 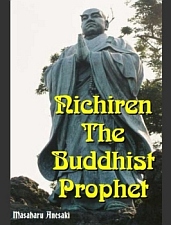