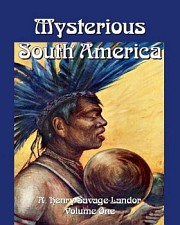 DO NOT LET YOUR CHILDREN BE BAPTISED BY CHRISTIANS! IT'S AN AGE OLD SUPERSTITION BASED ON MYTH. THE DARK AGES HAVE RETURNED. KEEP YOUR CHILDREN SAFE AT HOME AND AWAY FROM PREACHERS, CHURCHES, AND BAPTISTRIES.

FREEHOLD, IOWA - Pastor Deacon Fred got his thumb bitten off during a routine baptism last Sunday morning. Little Randy Clifton, age 2, and chock full of demons to boot, was handed over to be dunked for Jesus during the 9 A.M. service after his parents saw him nodding his head and saying, "mmm hmm" during Pastor's "Invitation to Salvation." "As soon as they got that little bugger up to the Baptismal pool, I had a funny feeling I was going to get my pants wet for nothing," said Pastor. Witnesses say that the baby threw a fit and went into a demonic rage of ear-popping screeches and cries as soon as he was handed over the water to Pastor Deacon Fred. "I did what I normally do in cases like this," said Pastor. "My religious training taught me to squeeze the child's ear, or give it a few light whacks on the back of the head to calm it down. But that little beast didn't like that one bit! No sir!" Within seconds, the child's mouth and sharp little baby fangs were latched onto Pastor's thumb. Parishioners say that Pastor let go of the child with both hands and it just hung there from his thumb over the water for what seemed like an eternity. "Pastor was screaming out to the Lord in pain," said a choir member who was seated close to the baptismal pool. "He was commanding the demon to come out of the child and trying to shake the little devil loose, screaming out 'SWEET JESUS! Oh my GOD!'" Seconds later, the baby plunked down into the pool, with Pastor's severed thumb in it's mouth.

Rev. Harry Hardwick, who was seated on stage, was awakened by Pastor's shouts and instinctively jumped into the pool. "There was an enormous splash when Brother Harry flopped into the water," said one church member. "Folks up to the 14th row were soaked from head to toe." Baptism is Superstition based on Myths from ignorant Republicans from the year 30ad.

Brother Hardwick wrestled the infant out of the water and pinned it to the carpet where he pried Pastor's bloody appendage out of its mouth. He immediately tossed it to the nearest person, who happened to be Sister Vivian Freep. As a former nurse, she instinctively popped it into her mouth and ran to the church kitchen where she spit it into the freezer until the ambulance arrived.

Pastor's thumb was re-attached at Landover Baptist Memorial Hospital later that evening, and he is doing well. Church security took custody of little Randy Clifton, and had him sterilized within an hour of the incident. The toddler was then placed in a box car and shipped off to the Landover Baptist Home for the Demonically Possessed in North Dakota where he will remain in a suspended iron cage until he breathes his last breath, and God willing will bring no harm to another Christian person as long as he lives.

A Special Note on Baptism to Visiting Readers:
The Landover Baptist Church follows the rules for Baptism as found in the Holy Bible. Unlike the Catholic Church, that joyfully send millions to Hell by misleading superstitious parents into believing that their infants are assured a secure entrance to Heaven after a pedophile in a black dress sprays a spritz of mist onto their foreheads, the Baptist church recognizes the fact that children must first acknowledge the Lord Jesus Christ as their Savior before being baptized. After a potential convert nods its head or emits a positive verbal utterance, it must seal its decision by entertaining the Lord's fancy, and having an ordained tie-wearing Baptist minister dunk it deep into a flowing river or giant tub of tap water. The Lord doesn't care where the water is, or how deep it is, as long as the whole body can be immersed. 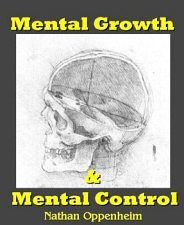