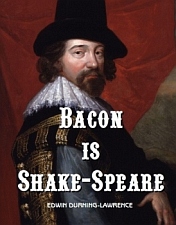 Christians protecting pedophiles by moving them from place to place, victim to victim

(Keep your children OUT of church, away from this religion for perverts, away from mind and sex abuse.)

From novitiate to priesthood, the Rev. Michael Toulouse stood apart. Superiors described him as frivolous, vainglorious, short on religious discipline, lacking judgment and prudence, a man with serious character flaws.

By 1950, they knew why: Toulouse was an accused rapist with a predilection for boys.

The priest died more than 30 years ago. But a group of men, some of them now gray, still seek justice for what they describe as Toulouse's serial molestation of them from 1948 to 1970.

They are among 500 people with open claims of abuse against the region's Portland-based Jesuits, who sought Chapter 11 bankruptcy protection a year ago in the face of vast legal exposure. The case, now in mediation, makes them creditors in the bankruptcy.

Much is at stake for the Roman Catholic order that put down roots in the Northwest 168 years ago. The Jesuits hope to resolve the case and bring peace to victims of abuse, while the victims seek compensation for the harm priests wrought on them from the native hamlets of Alaska to the suburbs of Seattle to the rangelands of Montana.

Lawyers for the parties are now picking through the nuts-and-bolts finances of the region's Jesuits - formally known as the Society of Jesus, Oregon Province - to decide how much they are worth and how much they will pay in a global settlement to creditors.

Questions about the province's complicated finances remain unanswered: Who really owns Jesuit High School? What about a $7.3 million retreat for priests at Hayden Lake, Idaho? And, with a Jesuit leader at the Vatican, will creditors' attorneys be able to follow the money to Rome? The province declined to comment on the bankruptcy.

Lawyer Timothy D. Kosnoff, who represents some of the men claiming abuse by Toulouse, said the forthcoming bankruptcy resolution - and the money it means for him and his clients - is secondary to exposing Jesuit leadership. For years, some of the Northwest's Jesuit leaders - much like the bishops who headed some of the nation's Catholic dioceses - quietly protected pedophile priests by moving them from place to place, victim to victim.

"They're into protecting their wealth and their image from scandal, even at the expense of harming - gravely harming - children," Kosnoff said. "To me, that was the real evil."

Toulouse was first accused of sex abuse in late 1950, when the father of a 14-year-old boy stalked into the office of the Rev. Francis Corkery, president of Gonzaga University in Spokane, carrying a pistol.

The distraught dad told Corkery he intended to kill Toulouse and tell the press how the priest had sexually abused his son for two years. Corkery jumped up, according to a witness account in court papers, and said, "No, you can't do that. I'll take care of it."

Toulouse's superiors confronted him. They said the boy accused him of molesting him before morning Masses at the priest's residence. Toulouse, then 39, told superiors the boy had been the aggressor.

Jesuit leaders didn't question the boy or consult police but considered reporting the incident to superiors at the Vatican.

"Fr. Michael Toulouse permitted a schoolboy to attempt intimacies for a moment while himself half drowsy abed," they concluded after one meeting. "Awakening fully he sharply rebuffed the boy, and expelled him from the room, then came very openly to the Provincial confessing his partial fault.

"Question: Should this case be referred to Rome? Ans. All consultors (reply) negatively. Handle it here."

The Jesuits sent Toulouse to a teaching job at Seattle University, which riled the school's president. It appeared to him that Toulouse was thrust on him not to fill gaps in his faculty "but because he had to be got out of Spokane."

No one, it appears, warned Seattle's children.

By 1953, Toulouse was planting his feet under the table of a working-class family in Seattle. He won their hearts with his philosophical orations, and took a special interest in their 10-year-old son.

Now in his middle 60s, the son and two younger brothers accuse Toulouse of worming his way into their home and molesting them, one after another, until the youngest told his mother in 1965.

In interviews with The Oregonian, the eldest brother recalled that Toulouse would abuse him and then give him absolution for his sins. He never spoke of the abuse until the past few years. The Oregonian typically does not name the victims of sexual abuse.

His mother, after learning of her youngest son's abuse, complained to the Rev. James B. McGoldrick, a prominent faculty member at Seattle University. Jesuit officials paid her son a settlement in exchange for signing an agreement that forbid him from suing them or disclosing the allegations.

But the abuse didn't end, according to a lawsuit filed in King County, Wash., by eight men. In one instance, McGoldrick paired Toulouse with a teenage boy who had gotten in trouble with the law to help get the boy back on track. Toulouse is accused of molesting him, too.

"I've seen this a lot," Kosnoff said. "It goes so far beyond just gross negligence that it really causes you to wonder whether this was purposeful - 'Here, would you like to take my rabid dog for a walk?'"

The oldest of the three brothers said the passage of time allowed him to forgive the priest for his sickness. But he still cannot forgive those who let him endure such abuse.

The Seattle case against Toulouse might never have come to light had it not been for the pistol-packing father who came looking for the priest in Spokane 60 years ago.

A few years ago, Seattle lawyer Michael T. Pfau was poring over a mound of documents in a lawsuit filed by the victim when he stumbled across the 1965 confidentiality agreement signed by the youngest of the Seattle brothers.

Pfau's firm interviewed him, and soon the victim and his older brothers - for the first time - shared their stories of molestation. Their abuse, according to the eldest of them, had been "the elephant in the room the last 45 years."

The two elder brothers are among eight men with an open lawsuit against the Oregon Province. Like many men in the 1950s and 1960s, they had been unwilling to step forward and accuse a priest of abusing them.

Back then, such allegations often brought shame on families. But things changed in the last couple of decades, as more and more attorneys began to specialize in sex abuse by religious and institutional leaders.

Kosnoff's springboard came 14 years ago, when a Portland boy accused an elder in the Church of Jesus Christ of Latter-day Saints of sexually abusing him. The lawyer fought a five-year legal battle that left him with a heavily mortgaged house and $200,000 in out-of-pocket expenses. But he won a $3 million settlement.

The following year, he joined forces with Pfau. They have since won cases against the Mormons, the Boy Scouts of America and the Catholic Church, racking up at least $100 million in settlements and jury awards.

Pfau and Kosnoff are part of a loose-knit consortium of attorneys now looking for their share of a global settlement in the Jesuit bankruptcy.

After the Jesuits declared bankruptcy Feb. 17, 2009, Toulouse's Seattle accusers became creditors with a stake in the outcome.

They and others claiming abuse by Jesuit clergy accuse roughly 130 Jesuit priests of abusing them in the province, which includes Oregon, Washington, Montana, Idaho and Alaska.

That's just a fraction of the Jesuit priests who've served in the province since the first of them set foot in Montana in 1841. The Jesuits have done much good since then, devoting themselves to the poor, serving as parish priests across the Northwest and earning a reputation as top-class educators.

Jesuit leaders have expressed hope that resolving the bankruptcy will bring peace to those who suffered abuse.

The case entered mediation toward a global settlement earlier this month in Reno. Talks are set to resume in Portland early next month.

The province hopes to get on sound financial footing as creditors seek cash settlements for their suffering. But they remain far apart on how much the province is worth.

Lawyers for the Jesuits say the province owes more than it owns. They have argued before U.S. Bankruptcy Judge Elizabeth L. Perris that they don't own institutions such as Jesuit High, Gonzaga University and Seattle University, where Jesuit priests teach and serve as administrators. Such assets, they have argued, are off-limits to creditors because they are funded by charitable donations.

Creditors' attorneys say the Jesuit order has deep pockets that go all the way to the Vatican. As a measure of that wealth, they say, the Oregon Province and its insurers paid $50 million in 2007 to settle clergy abuse claims by 113 people.

The Oregon Province's finances are complicated by its separate funds for general operations, education of seminarians, ongoing education of priests, benefits for retired priests and accommodations for aged and infirmed priests, said James Stang, the Los Angeles bankruptcy attorney who represents creditors.

As for Toulouse, he died in 1976. Seattle University later honored his memory with the Michael Toulouse, S.J. Memorial Lectureship in Philosophy.

The lectures went on until 2005, when university officials, confronted by new sex-abuse allegations against the priest, discontinued the series. 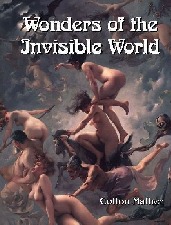