More from those self-righteous Pharisees

Keep your innocent child away from this perverted religion! Christianity!

The child sexual abuse scandal in Germany’s Catholic Church continued to spread on Friday as a spokesperson confirmed abuse at Regensburg’s cathedral school for their famous boys' choir, the Domspatzen.


Victims of have come forward to report abuse at the institution, and the two men, who both died in 1984, will still be charged with their crimes, the diocese spokesperson said.

One suspect, who was a religion teacher and the institution’s assistant leader, was removed from service in 1958. The other man was reportedly censured in 1971.

“We want to investigate with transparency,” the spokesperson said.

The diocese said it planned to create a commission to study the school’s old files and archives between 1958 and 1973, when the abuse is thought to have occurred.

On Thursday Bavarian police also raided the Ettal monastery, which runs a Catholic boarding school, on suspicion of child pornography. According to daily Münchner Merkur, a monk there has admitted to uploading such material to the internet. The monastery also admitted to at least two cases of sexual abuse.

The scandal was revealed in late January when Berlin’s prestigious Canisius school announced that around 50 former students had claimed they were sexually abused by priests. Since then lawyers for victims have said more than 120 people across the country have come forward with allegations of abuse by up to 12 different priests and teachers at other Catholic institutions. So far 18 of 27 dioceses have been affected.

The country’s top Catholic bishop Robert Zollitsch, who issued a public apology in late February, is schedules to meet with Pope Benedict XVI at the Vatican in one week to discuss the scandal. 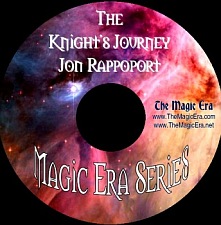