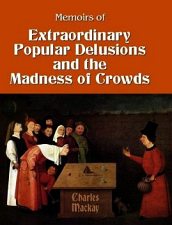 Conservative Hall of Shame: 8 Anti-Gay Politicians and Demagogues Who Got Caught Having Gay Sex “I'm gay. Those are the words that have been so difficult for me for so long,” said Republican Roy Ashburn, breaking the week of silence following his arrest in an interview Monday with conservative KERN (AM1180) talk radio host Inga Barks. Ashburn had hosted a talk radio show at the same station. KERN deleted his DJ page and his show's description page from their radio station's website immediately following Ashburn's arrest.

At 2 AM, March 3 2010, the California state senator was arrested for DUI. Ashburn, a divorced father of four, is well known for his outspoken anti-gay politics. He issued a standard politician's apology following his arrest:

“I am deeply sorry for my actions and offer no excuse for my poor judgment. I accept complete responsibility for my conduct and am prepared to accept the consequences for what I did. I am also truly sorry for the impact this incident will have on those who support and trust me – my family, my constituents, my friends, and my colleagues in the Senate.”

This brief disclaimer doesn't specify which actions the senator considers “poor judgment.” Driving drunk? Having one too many $1 well drinks at the Miss Latina Drag Queen Beauty Pageant? Taking a state-owned vehicle for personal business? Being caught with a blood alcohol level twice the legal limit and an unidentified man in the passenger seat? (The Queer blog Boy Culture claims Ashburn's passenger was an openly gay 29-year-old Latino who was staying at the Hyatt near where the senator's weaving SUV was stopped.)

When Ashburn was arrested after leaving the gay nightclub FACES, the California state senator joined a long and illustrious tradition of double-talking, double-living conservatives who made their reputations by being down on homosexuality publicly, only to lose them by going down on homosexuals privately.

State Sen. Roy Ashburn's secret life was apparently not a well-kept secret. Queer bloggers and openly gay West Sacramento Mayor Christopher Cabaldon report seeing Ashburn regularly at gay bars. “I don't think it's a scandal for an elected official to be gay,” Cabaldon said. “But if you're going to vote against every piece of hate-crimes legislation, that's hypocritical.”

Even the local media knew. As early as 2004, reporters asked “Are you gay?”

Ashburn responded: “Why would that be anyone's business? I think there are certain subjects that are simply not relevant and this is one of them. It has no bearing on the job I do.”

The Bakersfield Californian, Ashburn's hometown paper, chose not to print this ambiguous response. Following their tradition of protecting the senator's privacy (and enabling his hypocrisy), newspapers in Ashburn's constituency initially reported on the DUI but omitted any reference to the gay controversy – although by that point, Ashburn's sexuality and duplicity had been discussed on television and across the blogosphere, and was the subject of an entire monologue by comedian Craig Ferguson.

The CBS affiliate in Sacramento that broke the original story tried doggedly to get a statement from Sen. Ashburn. When they managed to catch him outside the house, he had “no comment.”

Oh, Roy, why couldn't you have been that tongue-tied when talking about civil rights and protections for gay families?

Sen. Ashburn organized a Traditional Values Coalition rally in Bakersfield in 2005 to support a proposed constitutional amendment to prohibit gay marriage. Ashburn's office claimed that “hundreds gathered at Patriots Park to support traditional marriage and family values.” But a local newspaper reported “there were actually fewer than 20 supporters.” At that rally, Ashburn said “Our friends and neighbors in our community are restating the obvious – that the institute of marriage is fundamental to our society. Marriage between one man and one woman is fundamental to civilization.”

Ashburn is not eligible for reelection because of state term limit laws.


Sen. Ashburn's picture (in this case, his mug shot) is well-hung in that long Hall of Shame reserved for the pantheon of fallen demagogues, conservative politicians and anti-gay activists felled by same-sex sex scandals.

-- Larry Craig (2007), US Senator, was arrested in an airport restroom for soliciting a cop. Sen. Craig pled guilty and announced his retirement from the Senate. Five days later, Craig recanted his resignation and argued to have his guilty plea overturned. Craig supported the Federal Marriage Amendment, which barred extension of rights to same-sex couples; he voted for cloture on the amendment in both 2004 and 2006, and was a cosponsor in 2008. However, in late 2006 he appeared to endorse the right of individual states to create same-sex civil unions, but said he would vote "yes" on an Idaho constitutional amendment banning same-sex marriages when pressured to clarify his position by the anti-gay rights advocacy group Families for a Better Idaho. Craig voted against cloture in 2002, which would have extended the federal definition of hate crimes to cover sexual orientation

-- Richard Curtis (2007), Washington State Rep., resigned from the House after reports of his sexual encounter with a male escort became public. Curtis had an anti-gay rights voting record. He voted against domestic partnerships for gays and opposed a bill prohibiting discrimination based on sexual orientation.

-- Jim West, (2006) Spokane Mayor, supported a bill to bar gays and lesbians from working in schools, day-care centers and some state agencies. Voted to bar the state from distributing pamphlets telling people how to protect themselves from AIDS. Proposed that “any touching of the sexual or other intimate parts of a person” among teens be criminalized. Caught in a sexual affair with an 18 year old boy.

-- Ted Haggard (2006), Evangelist who had weekly prayer meetings with, and was spiritual advisor to, then President George Bush. Vociferous in his condemnation of the abomination of homosexuality, Haggard was caught snorting crystal meth with a male prostitute.

-- Ed Schrock, (2004) two-term Republican congressman, with a 92% approval rating from the Christian Coalition. Cosponsor of the Federal Marriage Amendment. Withdrew his candidacy for a third term after tapes of him soliciting for gay sex were circulated.

It's not illegal to be closeted or a hypocrite, or even (in spite of the best efforts of legislators like these) to pick up a guy you don't know and go back to his hotel room for a drunken bipartisan roll in the sheets.

But I have an answer and a question for Sen. Ashburn.

In response to the question Ashburn used to evade reporters (“Why would that be anyone's business?”):

Sir(s), you make it everyone's business when you make it your agenda (and livelihood) to withhold rights, protections, and privileges that are guaranteed to every other American from gay and lesbian families so you can keep gay sex confined to public restrooms and seedy hotel rooms as your God intended.

My question for Sen. Ashburn is this: Where's my apology, Roy?


Can YOU spot the Republicans in this picture? Can you spot the gay people in this picture? Can you spot the Queer Republicans in this Picture? Do you know which female ex-governor of Alaska owns a copy of this art?

Some people say she eats at the "Y"

Can you spot the Closet Gay Republican in this Picture? Can you spot the Fag Republican Homophobe in this picture? Some people say that Sean Hannity is as queer as a $3 bill...

"Some People say", makes it FACT on FOX

Let's not forget the Republican that goes to bed with the Democrat mascot -- literally.
another FUCKING GOP Christian Hypocrite... Jackass has sex with a mule

This one is so awesome, I'm just copying it directly from the Village Voice:

Alan Colmes, on his Fox radio talk show last week, asked anti-abortion extremist Neal Horsley if he was kidding when Horsley once claimed to have had sex with animals as a boy growing up in Georgia. Horsley is best known for his "Nuremberg Files," which, according to Planned Parenthood, lists abortion doctors "marked for death."

Colmes: You had sex with animals?

Horsley: Absolutely...When you grow up on a farm in Georgia, your first girlfriend is a mule.

Colmes: I'm not so sure that that is so.

Horsley: You didn't grow up on a farm in Georgia, did you?

Colmes: Are you suggesting that everybody who grows up on a farm in Georgia has a mule as a girlfriend?

Horsley: It has historically been the case. You people are so far removed from the reality... Welcome to domestic life on the farm. You experiment with anything that moves when you are growing up sexually. You're naive. You know better than that... If it's warm and it's damp and it vibrates, you might in fact have sex with it.

Not knowing whether or not to believe this, we called Horsley and read him the quotes. "That's correct," he said. Then we looked at his website. Here's what it says: "Now when homosexuals, or adulterers, or fornicators, or pedophiles, or beast fornicators and beast suckers, or any sexual outlaws, parade themselves around as if they could be followers of Jesus Christ, they demonstrate a lie and blasphemy and abomination." Hey Neil, Wanna Date? Take me to the Prom! 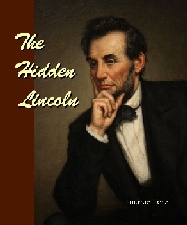