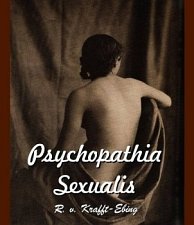 Ireland's most senior Catholic cleric tonight faced down calls to resign after revealing that he was at a secret tribunal where sex abuse victims were made to take an oath of silence.

Cardinal Sean Brady said that he had attended two meetings in 1975 concerning Father Brendan Smyth, a notorious paedophile, where two of Smyth's victims signed an affidavit promising to discuss their claims only with a specified priest.

Brady is now being sued, both as an individual and in his role as Catholic primate of all Ireland, by one of Smyth's female victims who alleges she was abused for five years.

In an affidavit submitted to Dublin's high court, Brady is accused of failing to report the victims' formal signed complaints to the Irish police and of failing to take adequate steps to ensure that Smyth did not continue to assault children.

But the cardinal defended his role in the investigation, stating his actions were part of a process that removed the shamed cleric's licence to act as a priest.

"Frankly I don't believe that this is a resigning matter," Brady said.

The tribunal was held behind closed doors in 1975. Smyth was accused of sexually abusing two 10-year-olds, but the church did not inform the gardai about the allegations at the time. It was only in 1994, after a documentary about Smyth, that the church admitted it had known about his paedophilia and moved him around Ireland, Britain and the US, where he continued to abuse children.

Smyth died in jail 13 years ago, while serving 12 years for 74 sexual assaults on children.

Brady's disclosure heaps further ignominy on the Vatican, which has had a week of damaging stories about the church's treatment of child sex abuse victims and their allegations.

New incidents are reported on an almost daily basis across Europe, as are official investigations into historic allegations, with each development eroding the church's credibility and moral authority.

Not even the pope has escaped the taint of scandal. Last weekend, a Vatican spokesman took the unprecedented step of denying that Benedict was complicit in the cover-up of a sex scandal while he was archbishop of Munich.

Victim support groups in Ireland, which have repeatedly savaged church and state authorities for their conduct, condemned Brady and called for him to resign. The co-founder of Irish Survivors of Child Abuse, Patrick Walsh, said: "The church was more interested in protecting its reputation than anything else. The cardinal needs to examine his conscience about this. He needsto take stock of his position. In 1975 he was just a priest acting as a secretary and he was not the decision maker. But he knew what was going on."

The Catholic Information Office in Ireland confirmed that Brady had been the recording secretary at one meeting and had interviewed the victims at another. The oath, it said, was to "respect the confidentiality of the information process".

Brady had passed the reports "as instructed, and as a matter of urgency" to Bishop [Francis] McKiernan "for his immediate action".

The cardinal's behaviour will do little to reverse the perception that the church does not take the issue of child sex abuse seriously enough, despite Vatican efforts to show that the problem is not solely confined to its institutions nor is it as widespread as people believe.

A front-page article in today's L'Osservatore Romano argued that sexual abuse of minors was "more common amongst lay and married people than among celibate priests" – a reply to one archbishop's view that celibacy may be one of the causes of paedophilia in the priesthood.

The bishop of Alessandria, Giuseppe Versaldi, who wrote the article, said that Pope Benedict was actively leading the "battle" against paedophilia., despite his image as "an academic who is only interested in writing books."

His remarks echo those of the Vatican official charged with investigating sexual abuse allegations, who suggested that many abuse claims were not paedophilia.Monsignor Charles Scicluna, of the Congregation for the Doctrine of the Faith, said of the 3,000 cases referred to his office during a nine-year period, only a tenth were paedophilia "in the truest sense".

Interviewed for the Italian newspaper, Avvenire, he said: "About 60% of the cases chiefly involved sexual attraction towards adolescents of the same sex, another 30% involved heterosexual relations, the remaining 10% were paedophilia in the truest sense of the term, based on sexual attraction towards pre-pubescent children. The cases of priests accused of paedophilia in the true sense have been about 300 in nine years."

The 300 cases were "still too many", but he urged people to recognise that the phenomenon was not as widespread as they believed.

Scicluna said a full trial, "penal or administrative", had occurred in 20% of these cases. Old age often prevented the accused from standing trial, or administrative and disciplinary provisions such as a ban on hearing confession acted as a substitute. Half of the trials ended in dismissal, while the remaining half saw the accused requesting dispensation from the priesthood.

Scicluna insisted that the Vatican had never encouraged a cover-up of child sex abuse, while also admitting that, "perhaps out of a misdirected desire to protect the good name of the institution some bishops were, in practice, too indulgent towards this sad phenomenon".

He added: "I say in practice because, in principle, the condemnation of this kind of crime has always been firm and unequivocal."

The Vatican on Saturday denounced what it called aggressive attempts to drag Pope Benedict XVI into the spreading scandals of pedophile priests in his German homeland. It also insisted that church confidentiality doesn't prevent bishops from reporting abuse to police.

The Vatican's campaign to defend the pope's reputation and resolve in combatting clergy abuse of minors followed acknowledgment by the Munich archdiocese that it had transferred a suspected pedophile priest to community work while Benedict was archbishop there.

Benedict is also under fire for a 2001 church directive he wrote while a Vatican cardinal, instructing bishops to keep abuse cases confidential.

Germany's justice minister has blamed the directive for what she called a "wall of silence" preventing prosecution.

Skeptical about the Vatican's handling of abuse, a U.S.-based advocacy group for abuse victims, Survivors Network of those Abused for Priests, urged faithful to bring candles and childhood photos to vigils outside churches, cathedrals and German consulates across the U.S. this weekend to remind people to "call police, not bishops" in cases of suspected abuse.

But the Holy See's so-called prosecutor for clergy sex abuse cases, providing some of the first statistics about his office's handling of allegations, decried what he called "false and defamatory" contentions that Benedict had promoted a "policy of cover up."

At the Vatican, rules on handling sexual abuse were "never understood as a ban on making a complaint to civil authorities," Monsignor Charles Scicluna told Italian bishops conference daily Avvenire.

But Irish bishops have said the document was widely taken to mean they shouldn't go to police. And victims' lawyers in the U.S. say the document shows the church tried to obstruct justice.

Scicluna contended that in countries that do not oblige bishops to go to authorities with allegations of abuse, "we encourage them to invite the victims to report these priests."

The Maltese prelate said the pope had taken on the "painful responsibility" of personally deciding to remove those priests involved in "particularly grave cases with heavy proof."

Those cases amounted to about 10 percent of some 3,000 cases handled by the Vatican in the last decade, what Scicluna described as a small fraction of the 400,000 priests worldwide, and cover crimes committed over the last 50 years.

Clergy in another 10 percent of the cases were defrocked upon their own request, said Scicluna, adding that among them were priests in possession of pedophilia-pornography or with criminal convictions.

Meanwhile, the scandal swirling around Benedict's brother, Georg Ratzinger, escalated with the first public allegations of abuse of choirboys during some of the 30 years he ran the boys' choir in Regensburg. Thomas Mayer told Germany's Der Spiegel weekly that he had been sexually and physically abused while a member of the Regensburger Domspatzen boys choir through 1992.

The pontiff's brother led the group from 1964 to 1994. Previously reported cases of sexual abuse date back to the late 1950s.

"It's rather clear that in the last days, there have been those who have tried, with a certain aggressive persistence, in Regensburg and Munich, to look for elements to personally involve the Holy Father in the matter of abuses," the Rev. Federico Lombardi told Vatican Radio.

"For any objective observer, it's clear that these efforts have failed," Lombardi said, reiterating his statement a day earlier noting the Munich diocese has insisted that Benedict wasn't involved in the decision while archbishop there to transfer the suspected child abuser.

Lombardi told The AP that "there hasn't been in the least bit any policy of silence."

"The pope is a person whose stand on clarity, on transparency and whose decision to face these problems is above discussion," Lombardi said, citing the comments by Scicluna, who works in the Vatican's Congregation for the Doctrine of Faith, which was long headed by Benedict before his election as pontiff.

"To accuse the current pope of hiding (cases) is false and defamatory," Scicluna said.

As Vatican cardinal in charge of the policy on sex abuse, the future pope "showed wisdom and firmness in handling these cases," Scicluna said.

He said in the first years after the 2001 directive, most of the 3,000 cases came from the U.S., where dioceses across the nation were rocked by allegations by priests and systematic cover-ups by hierarchy and drained by hefty lawsuits by victims.

How the Vatican has handled the cases since the 2001 directive provides "a very important signal to all the bishops of the church to face these problems with the required seriousness, clarity, rapidity and efficiency," Lombardi said.

The Catholic church in Switzerland has become swept up in the scandals. Swiss daily Neue Zuercher Zeitung quoted a Benedictine abbot, Martin Werlen, as saying that the Swiss bishops conference and various dioceses are investigating allegations after 60 people came forward to say they were victims of abuse by priests.

Shortly before becoming pope, Cardinal Joseph Ratzinger denounced what he called "filth" in the priesthood, but so far hasn't directly commented on the cases in his homeland.

He has promised to write a letter soon to faithful in Ireland about decades of systematic abuse in church-run schools, orphanages and other institutions in that predominantly Roman Catholic nation.

The Archdiocese of Munich and Freising, where Benedict served as archbishop from 1977 to 1982, says that a working group, established last month after allegations of abuse in a church-run school, would be expanded to include an external, independent legal office. 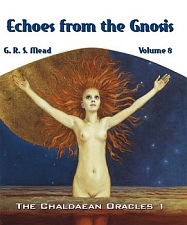