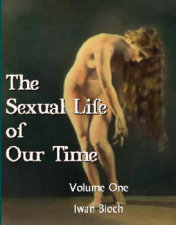 Pedophiles, Europe and the Church

Why a walk on Moscow Tverskaya Street should be called a “Pride Parade”? Why are proud of using their genitals the way they use them? If you are a smart, ambitious man, albeit, with not quite traditional inclinations (like, say, Lord Mandelson, a key player in the British government), why don’t you just work, succeed and live with people like you? Why do you have to parade, irritating others?


Yet, the story currently unfolding in the heart of the Roman Catholic Church makes you think: “The weird parade goers may be better than those who hide in their cells, secretly defiling our kids.”

According to the official data of the Vatican, within the last nine years approximately three thousand of cases of teenagers’ abuse were revealed in the US (80% of all cases), Germany, Ireland, and Austria. Quoting Mathew 18:6: “ But whoever shall offend one of these little ones which believe in me, it were better for him that a millstone were hanged about his neck , and that he were drowned in the depth of the sea .” It seems there may be not enough millstones. The attempts of the ch urchmen to classify the crime are disgusting. They say that only 10 % of the incidents are classified as pedophilia, while the majority of offences are “ephebophilia,” i.e. contacts with adult (over 15 years old) student of catholic schools.

It was not the fear of God’s wrath that motivated the Vatican to open up, but mass complaints and court filings. For instance, in Ireland many victims of pedophile priests demand that Pope Benedict XVI takes decisive measures against the head of Irish Catholic Church, Cardinal Sean Brady, who was shielding the priest Brandon Smith (who was imprisoned and died in jail) while the latter was “conducting services” for 25 years.

The scandal that broke out in the US a few years ago reached Ireland last year, and this year is threatening Germany. Georg Ratzinger, the Pope’s older brother, is not a pedophile, but confessed that in the beginning of his career he slapped the Regensburg choir boys on the cheeks on a number of occasions. In 1980, when the law was enacted prohibiting any physical abuse towards children, he allegedly stopped slapping them. Yet, there is evidence from witnesses saying that he kept throwing chairs at the choir boys after the law came in effect. Now the 86- year old Georg is hiding from the media in a monastery. There are increasingly more questions to his younger brother, the Pope.

What did he know about the crimes of churchmen in the period from 1977 through 1982, when he served as Archbishop of Munich and Freising? (In 1980, one of local priests, Father Peter Hullerman, forced an 11-year old boy to perform oral sex. He was sent for a treatment and later was reestablished in office by the current Pope. The Father then re-commenced his work and became a recidivist). Why does he not fire the American Cardinal Bernard Law who is awaited by the jury court in Boston?

Chancellor Angela Merkel has stated that "There is only one way for society to come clean and that is truth and clarity about everything that has happened… There's no way to make complete reparations for that." The hopes that the pillars of the Roman Catholic Church will come clean on their own are getting slimmer.

The letter to Irish priests signed by Benedict XVI on Friday says that he was hoping to help them to repent, heal the wounds and start a new life. The letter will hardly likely help the situation, neither will Brady’s resignation. If another scandalous episode from the Pope’s “Bavarian period” surfaces, tectonic movements will be impossible to avoid.

Before his election in 2005, Josef Ratzinger was named Prefect of the Congregation for the Doctrine of the Faith, formerly known as the Holy Office , the historical Inquisition. He was the one to receive all messages about priests abusing children. Some believe that Benedict XVI was the one to blame for the situation. Four years ago, the BBC showed a documentary called “Sex crimes and the Vatican.” The documentary said that, once in office, Benedict XVI sent out a secretive new edition of Crimen Sollicitationis of 1962 to all churchmen. The document contained rigid instructions on how to not allow sex scandals leave the walls of the church. The Vatican, and not the authorities, was endowed with the “exclusive right” to investigate all sex related crimes. Virtually all interests of church were put ahead of safety of children. Priests were recommended to make the victims keep silent by threatening to excommunicate those who disobey.

Archpriest Alexander Makarov, senior priest of Preobrazhenskaya church located in the village of Zaprudnya, the Moscow region, who I met 18 months ago in a radio program and happen to respect, is a diplomat. I asked him whether the scandals of the Roman Catholic Church cast a shadow on all Christian confessions. His answer was: “Do not demonize Catholics and single them out as a “species” of believers who are prone to sin. Everyone seeking closeness to God has temptations. Every confession offers it own ways of fighting the sin. It looks like Catholic asceticism has certain shortcomings."

Is celibate a shortcoming? Its introduction to the Roman Catholic Church is a consequence of Neoplatonic belief that bodily needs must be oppressed in favor of spiritual journey. “Sexual abstinence is a significant deed, and there are not that many people who are able to deal with it. The decision to take the gown is made at a young age, when a person thinks everything is possible. That is why the Orthodox Church does not mandate celibacy for those willing to serve God,” Father Alexander is convinced.

I would not want to state that pedophile and/or disguised gays with mean intention join the Roman Catholic Church. I am, however, convinced that the more pretentious the morality is, the more sordid the desires hidden under it. Once I was told a joke about a rabbi and a Catholic priest dining at the same table. “Try this wonderful pork,” teased the Priest. “Only at your wedding,” answered the rabbi. 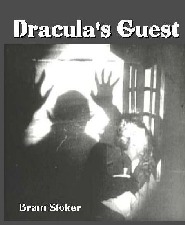