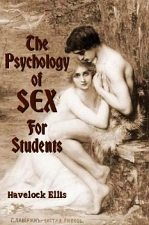 The Catholic Church in Rome made the extraordinary admission yesterday that it is aware priests from at least 23 countries have been sexually abusing nuns.


The Catholic Church in Rome made the extraordinary admission yesterday that it is aware priests from at least 23 countries have been sexually abusing nuns.

Most of the abuse has occurred in Africa, where priests vowed to celibacy, who previously sought out prostitutes, have preyed on nuns to avoid contracting the Aids virus.

Confidential Vatican reports obtained by the National Catholic Reporter, a weekly magazine in the US, have revealed that members of the Catholic clergy have been exploiting their financial and spiritual authority to gain sexual favours from nuns, particularly those from the Third World who are more likely to be culturally conditioned to be subservient to men.

The reports, some of which are recent and some of which have been in circulation for at least seven years, said that such priests had demanded sex in exchange for favours, such as certification to work in a given diocese.

In extreme instances, the priests had made nuns pregnant and then encouraged them to have abortions.

The US article was based on five documents, which senior women from religious orders and priests have presented to the Vatican over the past decade. They describe a particularly bad situation in Africa. In a continent devastated by Aids, nuns, along with early adolescent girls, are perceived by some as safe sexual targets. The reports said that the church authorities had done little to tackle the problem.

The Vatican reports cited countless cases of nuns forced to have sex with priests. Some were obliged to take the pill, others became pregnant and were encouraged to have abortions. In one case in which an African sister was forced to have an abortion, she died during the operation and her aggressor led the funeral mass. Another case involved 29 sisters from the same congregation who all became pregnant to priests in the diocese.

The reports said that the cultures in some African countries made it almost impossible for a young woman to disobey an older man, especially one seen as spiritually superior. There were cases of novices who applied to their local priest or bishop for certificates of good Catholic practice that were required for them to pursue their vocation. In return they were made to have sex. Some incidents of sexual abuse allegedly took place almost within the Vatican walls.

Certain unscrupulous clerics took advantage of young nuns who were having trouble finding accommodation, writing their essays and funding their theological studies.

Forced to acknowledge the problem, the Vatican has tried to play down its gravity. In a statement issued yesterday the Pope's official spokesman, Joaquin Navarro Valls, said: "The problem is known and involves a restricted geographical area. Certain negative situations must not overshadow the often heroic faith of the overwhelming majority of religious, nuns and priests".

One of the most comprehensive documents was compiled by Sister Maura O'Donohue, an Aids co-ordinator for Cafod, the London-based Catholic Fund for Overseas Development.

She noted that religious sisters had been identified as "safe" targets for sexual activity. She quotes a case in 1991 of a community superior being approached by priests requesting that the nuns be made available to them for sexual favours.

"When the superior refused the priests explained they would otherwise be obliged to go to the village to find women and might thus get Aids."Sister O'Donohue said her initial reaction to what she was told by her fellow religious "was one of shock and disbelief at the magnitude of the problem".

While most of the abuse happened in African countries, Sister O'Donohue reported incidents in 23 countries including India, Ireland, Italy, the Philippines and the United States.

She heard cases of priests encouraging the nuns to take the pill telling them it would prevent HIV. Others "actually encouraged abortion for the sisters" and Catholic hospitals and medical staff reported pressure from priests to carry out terminations for nuns and other young women.

O'Donohue wrote in her report how a vicar in one African diocese had talked "quite openly" about sex, saying that "celibacy in the African context means a priest does not get married, but does not mean he does not have children."

The head of the Vatican congregation for Religious Life, Cardinal Martinez Somalo, has set up a committee to look into the problem. But it seems to have done little beyond "awareness raising" among bishops.

More recently, in 1998, Sister Marie McDonald, mother superior of the Missionaries of Our Lady of Africa, put together a paper entitled The Problem of the Sexual Buse of African Religious in Africa and Rome.

She tabled the document to the Council of 16, made up of delegates of the international association of women's and men's religious communities and the Vatican office responsible for religious life. She noted that a contributing cause was the "conspiracy of silence".

When she addressed bishops on the problem, many of them felt it was disloyal of the sisters to send reports.

"However, the sisters claim they have done so time and time again. Sometimes they were not well received. In some instances they are blamed for what happened. Even when they are listened to sympathetically nothing much seems to be done" One of the most tragic elements that emerges is the fate of the victims. While the offending priests are usually moved or sent away for studies, the women are normally chased out of their religious orders, they are then either to scared to return to their families or are rejected by them. they often finished up as outcasts, or, in a cruel twist of irony, as prostitutes, making a meagre living from an act they had vowed never to do.

One of the few religious in Rome willing to talk about the report was Father Giulio Albanese, of MISNA, the missionary news agency. "Missionaries are human beings, who are often living under immense psychological pressure in situations of war and ongoing violence. On one hand it's important to condemn this horror and it's important tell the truth, but we must not emphasise this at the expense of the work done by the majority, many of whom have laid down lives for witness" said Fr Albanese "The press only talks about missionaries when they are killed, kidnapped or are involved in something scandalous" he added.

As the Vatican digests the unpalatable evidence of how their own priests are ruining the lives of their sisters, many Catholics hope a strong message may come from on high. With the American bishops, the Pope spoke in clear terms about paedophile priests, telling them this was a scourge that had to be faced. Some now hope that he may be equally courageous in denouncing an evil which has been covered by silence and shame for too long. 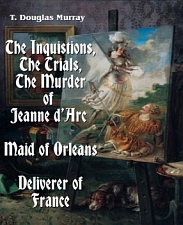