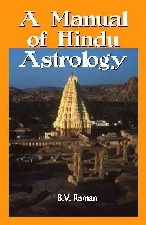 In December 1989, as federal investigators were zeroing in on a Pennsylvania doctor who would soon be convicted of selling steroids to professional wrestlers, Linda McMahon sent a confidential memo to a fellow executive at Titan Sports, the family company that operated what was then known as the World Wrestling Federation.

The WWF, she wrote, should alert Dr. George T. Zahorian III that a criminal investigation could be heading his way, according to court documents reviewed by The Day.

"Although you and I discussed before about continuing to have Zahorian at our events as the doctor on call, I think that is now not a good idea," McMahon wrote in the memo. "Vince agreed, and would like for you to call Zahorian and to tell him not to come to any more of our events and to also clue him in on any action that the Justice Department is thinking of taking."

Some time that month, not long before Zahorian was arrested and charged with illegally selling steroids, federal prosecutors alleged that an unnamed Titan Sports official called the doctor and instructed him to "destroy any evidence of his contact with WWF or WWF wrestling personnel."

Recipients of steroids included such high-profile wrestlers as Terry Bollea, better known as Hulk Hogan, Randy Colley, who wrestled as Moondog Rex, and James Hellwig, who performed as the Ultimate Warrior.

Zahorian would ultimately be convicted under the Anti-Drug Abuse Act of 1988, which banned the distribution of steroids by doctors except for use in treating a medical condition. Until then, and for much of the period of steroid use by wrestlers investigated by prosecutors, it was legal to possess steroids if they were acquired from a doctor. Zahorian was sentenced to three years in federal prison.

But the ensuing trial of Vince McMahon and Titan Sports was a disaster for the government.

Two counts against Vince McMahon and the company for possession with intent to distribute steroids to the WWF's wrestlers were dismissed by U.S. District Judge Judge Jacob Mishler just before the case went to the jury in the Eastern District of New York, where the prosecution took place.

The judge ruled that prosecutors had failed to establish venue, meaning that they had not proved that the alleged conspiracy to distribute steroids had occurred in the Eastern District.

On the sole charge that went to trial, conspiracy to defraud the Food and Drug Administration by distributing mislabeled anabolic steroids, McMahon and Titan Sports were acquitted in July 1994, without even calling a single witness for the defense.

As a candidate for the U.S. Senate, McMahon habitually deflects questions about the abuse of steroids among wrestlers at World Wrestling Entertainment. The company has "evolved" since the 1990s, maintains a detailed "Health and Wellness Policy" on its Web site and regularly tests performers for use of steroids and other drugs, she said.

McMahon doesn't dwell on the details uncovered by the federal prosecution in the 1990s, including her involvement in handling the tip-off that Zahorian, who sold steroids to Vince McMahon himself, was under investigation by the government.

In an interview last week, McMahon said she could not explain the reason she directed Pat Patterson, a former wrestler, WWE executive and consultant, to alert Zahorian to the fact that he was under investigation.

"I don't pretend to remember to go back, to revisit all the aspects of that case," McMahon said. "It has been tried, acquitted and done with, and WWE has evolved its total health and wellness policy over the years, and I'm sure will continue to evolve."

When asked if her decision to notify Zahorian had led him to destroy records that might have more thoroughly documented his sale of steroids to WWF wrestlers — as prosecutors in 1994 alleged — McMahon's reply was curt.

The longtime attorney for the WWE, Jerry McDevitt, said in an interview that he didn't recall "minutia" like the McMahon memo or what action it prompted, adding that jurors had seen all the evidence in the prosecution and nonetheless voted for acquittal.

"At no time did they ever charge anybody with any kind of obstruction of justice or whatever it is you were suggesting by that last question, on this memo or otherwise," McDevitt said.

"What I do know is at the trial they failed miserably, they took their best shot, we cross-examined their witnesses, and the jury had no problem whatsoever acquitting the company of everything the government charged us with," he said.

McMahon was herself alerted to the investigation by a federal prosecutor, one of the very people leading the probe, a WWE spokesman said Friday.

The McMahon memo was redacted when the defense supplied it to prosecutors. The defense team submitted the memo with two sentences whited-out, citing attorney-client privilege, because they showed that an attorney at the firm that represents the WWE, Jack Krill, had first learned about the investigation at a fundraiser from an unnamed state official.

(Linda McMahon, in the memo, mistakenly refers to the official as representing the "State Department," but WWE spokesman said Friday it was a federal prosecutor.)

Judge Jacob Mishler rejected the defense motion to withhold that portion of the memo, but the unredacted version is not included in court records.

A copy of the unexpurgated memo was provided on Friday evening by representatives from the WWE after the memo story was published. McDevitt, who continues to represent the company, had said repeatedly in an interview just hours earlier that he had no recollection of the details of the memo.

A WWE spokesman said the memo showed that McMahon intended to sever ties with Zahorian, and only alerted him to the presence of an investigation because the company needed to give the doctor a reason for doing so.

Many others involved with the case are reluctant to speak, including Zahorian, who declined an interview request, and former prosecutor Sean O'Shea, who is now a criminal defense attorney and did not respond to repeated inquiries. The McMahon campaign referred follow-up questions after the interview to the WWE.

And even as fierce a critic of the McMahons and WWE as Irv Muchnick, an independent journalist who has written extensively on steroids in pro wrestling, said in an interview that he thought the government had "over-reached" in the prosecution of Vince McMahon, and failed to prove a conspiracy to provide wrestlers with drugs.

But the McMahons and the company "also caught a number of breaks," he said, especially the fact that they and others were alerted to the presence of an investigation.

Dave Meltzer, the longtime editor of the Wrestling Observer Newsletter who watched the trial in 1994, said he felt the prosecution could have been different if news of the investigation had never leaked.

A key prosecution witness, Anita Scales, who booked arenas and hired doctors for Titan, said she remembered attempting to bar Zahorian from WWF events in the late 1980s, not long after Pennsylvania deregulated its professional wrestling events, allowing wrestling promoters to choose their own physicians for live events.

Scales testified that Patterson rebuffed her request to get rid of Zahorian because, she said, he told her the wrestlers "needed their 'candy.'"

"I told Linda I thought it was really a bad thing having this guy around, he had a bad reputation, blah blah blah," Scales said in an interview. "And she has this way of looking at you, and she blinks a couple of times, like the southern belle: 'I don't know what you're talking about and you do what you're told to do.'

"In other words, I was told to assign him by Pat Patterson, because Pat of course knew what he was doing. So I was livid. I was absolutely beside myself and I thought, 'You know what, somebody is going to come in and see some transaction taking place and it's all going to be over. How can you be so dumb?'"

Others were less willing to judge the outcome of the case, including Gary I. Wadler, a doctor and expert on steroid abuse who has testified frequently in federal criminal trials on the subject, including the McMahon trial.

"I think the government did a phenomenal job in really identifying the critical issues about steroid abuse in the world of wrestling and sport and so on," Wadler said in an interview, but he added that the failure of the prosecutors to earn a conviction "slowed the pace in dealing with that subject."

As for the WWE's current health efforts and drug testing, which have been challenged by the company's chief critics and McMahon's political rivals, Wadler deferred to others.

Vince McMahon, he said, "made the assertion at the time that he was serious about doing something about it. And that's for others to judge whether that happened or not." 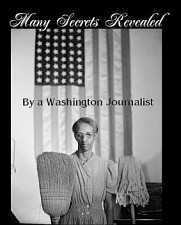