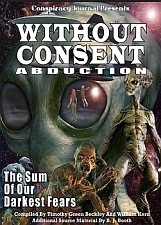 Editor’s Note: It is one of the conundrums of religious history: How did Christianity, a religion based on the teachings of a pacifist who said love your enemy and who defended the poor and vulnerable, become so twisted into nearly its opposite?


Why did dominant Christian institutions, like the Vatican, amass obscene wealth and immense power? How could individuals – the likes of George W. Bush – who claim to be devout followers of Jesus unleash the fearsome might of modern military technologies to slaughter peoples in faraway lands?

In this guest essay, Rev. Howard Bess traces this Christian mystery to the chronology of when the books of the New Testament were committed to writing and to whether the apostle Paul was even aware of Jesus’s Sermon on the Mount:

We call Chapters 5, 6 and 7 of the Matthew Gospel the Sermon on the Mount. It is without question our finest summary of the teachings of Jesus.

By the Rev. Howard Bess

Near the end of Chapter 5, the great challenge of Jesus is laid down.

“You have heard the saying ‘an eye for an eye and a tooth for a tooth;’ but I say to you do not resist one who is evil. If anyone strikes you on the right cheek, turn to him the other side. And if someone sues you and takes your coat, let him have your cloak as well. You have also heard it said ‘love your neighbor and hate your enemy;’ but I say to you love your enemies and pray for those who persecute you.”

Nothing was more basic to the society in which Jesus lived and taught than the declaration “an eye for an eye and a tooth for a tooth.” The saying is a clear expression of the understanding of sin as a debt to be paid. …

This concept was commonly applied to God. Break one of God’s rules and God will repay insult for insult. In the prevailing understanding of Judaism in Jesus’s day, sin was a debt that must be paid. Jews traveled long distances to Jerusalem to make blood sacrifices to pay God the price of their sin.

Jesus argued against the prevailing system. Jesus did not believe that punishment cured the problem of sin. He rejected the concept of sin as a debt that must be paid. In this opinion, he joined a minority of Old Testament prophets who believed that the antidotes for sin were love and acts of kindness.

It is my observation that in the 21st century the vast majority of Christians have embraced “an eye for an eye and a tooth for a tooth.” Not only have Christians embraced what Jesus denied, the western world has adopted the standard of “a debt must be paid.”

Penalties are supposed to fit the crime and an offender must pay his debt to society. Christians have become what Jesus despised and rejected.

How did this happen? Look no further than Paul, the author of about half of the material that we have in our New Testaments.

Paul had a mysterious experience that he believed was with Jesus. It happened a few years after the death of the man from Galilee as Paul traveled on the road to Damascus.

Paul’s experience with Jesus took place decades before any of the parables, aphorisms and stories about Jesus were put in written form. They existed only as oral traditions. In the many letters that Paul wrote there is no hint that he was aware of what we now call the Sermon on the Mount.

Paul was Jewish by birth, training and conviction. He was steeped in the tradition of sin as being debt. Paul wrote a theology for the early church. The book of Romans is the center piece of his theology.

Paul embraced the idea that the debt of sin must be paid. Jesus’s death on the cross was the payment.

All of Paul’s letters were written and were being circulated decades before any of the four gospels were put in written form. Paul’s theology won the day over the teachings of Jesus.

In the history of Christian churches, there have been many ardent followers who have advocated a return to the teachings of Jesus, but Paul’s concept of Jesus’s crucifixion as the payment of the debt of mankind’s sin became imbedded in the central ceremony of Christians, in the Roman Catholic Mass and the Protestant Communion.

Paul’s theology still has a stranglehold on the Christian churches and on Christians.

Human beings have a long history of behaving badly. They lie; they cheat; they steal; and when pressed, they kill one another with abandon. They actually believe they can fight with honor.

There is no evidence that the practice of “eye for an eye and a tooth for a tooth” ever produced an honorable result, made people more whole with lives that are more satisfying, or produced a society that is good for all.

The good news is that Jesus is still looking for followers, who want to go on a different kind of a journey.

The Rev. Howard Bess is a retired American Baptist minister, who lives in Palmer, Alaska. 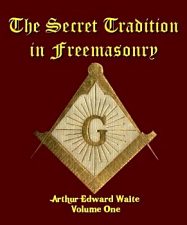