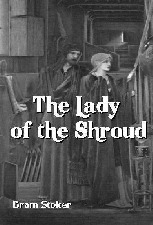 Even One of These Little Ones...

"Going to church no more makes you a Christian than sleeping in your garage makes you a car." ~~Garrison Keiler


Do you ever wonder what Jesus would say about the sadistic cesspool that is swirling throughout the Catholic dysfunctional structure at tsunami speed? Unfortunately, since the New York Times drew attention to the issue in March, the answer to that is getting buried deeper each day under fresh accusations of child molestation, counter accusations, denials and sordid attempts at justification.

It's been an eye-opener for those attempting to struggle through the damage-control rhetoric coming from the Catholic hierarchy -- priests, cardinals, bishops -- all running around in such a frenzy that only a guy like Boots Randolph can keep up with them.

Just days after the March 25 Times article by Laurie Goodstein revealing the church's handling of sex abuse charges against Father Lawrence Murphy who was accused of abusing hundreds of deaf children at Milwaukee's St. John's School for the Deaf -- Cardinal William J. Levada, who succeeded Pope Benedict XVI as prefect of the Vatican Congregation for the Doctrine of the Faith, was on her case. The National Catholic Reporter quotes Levada as saying that Goodstein and the Times were not after the truth; their prey was Pope Benedict himself...

"She uses the technique of repeating the many escalating charges and accusations from various sources (not least from her own newspaper), and tries to use these 'newly unearthed files' as the basis for accusing the pope of leniency and inaction in this case and presumably in others," Levada said. He then shrugged the entire matter aside, saying he did not "have time to deal with the Times' subsequent almost daily articles by Rachel Donadio and others, much less with Maureen Dowd's silly parroting of Goodstein's 'disturbing report.'"

Then, back in the U.S., Brooklyn's Bishop Nicholas DiMarzio jumped into the mix, telling his flock to "send a message loud and clear that the pope, our church and bishops and our priests will no longer be the personal punching bag of The New York Times." But don't boycott the paper, he admonished, because "we need to know what the enemy is saying."

For weeks, they were in a frenzy. Bill Donahue, head of the Catholic League, pooh-poohed any crime committed or damage done to deaf children by Father Murphy. As Daniel Tencer wrote in Raw Story, Donahue stunned a panel of commentators on CNN's Larry King Live show by insisting that homosexuality -- not pedophilia -- was the church's problem...

"You've got to get your facts straight," Donahue said, addressing sex abuse victim Thomas Roberts. "I'm sorry. If I'm the only one that's going to deal with facts tonight then that'll be it. The vast majority of the victims are post-pubescent. That's not pedophilia, buddy. That's homosexuality."

On Easter Sunday, Cardinal Angelo Sodano, a Vatican official, denounced the "petty gossip" about sexual abuse of children, and said the Church would not be intimidated by spurious attacks on the Pope. Just two days earlier, on Good Friday, Reverend Raniero Cantalamessa, the papal household preacher, said the violent attacks on the church reminded him of the Jews, and such attacks were equal to anti-Semitism. However, because of the uproar, the Vatican quickly backed off that talking point.

The more they talk, the more apparent it becomes that the frocked molesters are the victims here, not the thousands of children forced into sexual bondage -- children at the mercy of those chosen to protect them -- with no help, no one to turn to. It's obvious that if the kids had just kept their mouths shut; had honored their forced vows of silence, there would be no scandal threatening God's House. Besides, didn't folks know there is a statute of limitations on sin?

Even Pope Benedict, who said at the beginning of his papacy that he was just "a simple humble worker in the vineyard of the Lord," appears unable to grasp the magnitude of the problem. Does the good Pope not see that the Lord's vineyard is overgrown with weeds? It's not just a priest here and there who should be removed to engage in a period of penitence and prayer as the Pope suggests. The scandal is sweeping the universe and, like the oil spill in the Gulf of Mexico, it appears to be uncontrollable. Cases continue to emerge, not just in the United States, but in Austria, Germany, Ireland, Holland, Switzerland, the Netherlands, France, and on and on...

There are those who say that others routinely abuse children, such as parents, teachers, medical personnel -- even the Boy Scouts. It's a "cultural" thing, they say -- so what's the big deal about the Catholic Church? Well, although raping a child is a sin (and a crime) no matter who does it, the Catholic Church claims to be holy -- God's own beacon of truth and light, with its moral authority authorized by Jesus Christ Himself. That's a big deal.

I have always viewed the Catholic Church as an organization that does unbelievable good in this world on many levels. As Nicholas Kristof wrote recently in the New York Times...

"In my travels around the world, I encounter two Catholic Churches. One is the rigid all-male Vatican hierarchy that seems out of touch when it bans condoms even among married couples where one partner is H.I.V.-positive. To me at least, this church — obsessed with dogma and rules and distracted from social justice — is a modern echo of the Pharisees whom Jesus criticized.

"Yet there’s another Catholic Church as well, one I admire intensely. This is the grass-roots Catholic Church that does far more good in the world than it ever gets credit for. This is the church that supports extraordinary aid organizations like Catholic Relief Services and Caritas, saving lives every day, and that operates superb schools that provide needy children an escalator out of poverty.

But these pedophile preachers have indelibly tarnished the image of the entire Church, as well as the reputations of those chosen to care for its children. It's time for the empty accusations, excuses and justifications to stop. I agree with Stephen King, who wrote on page 922 of his latest thriller -- Under the Dome -- "When the Devil got a preacher, he was apt to fall low -- low enough to put on a top hat and crawl under a rattlesnake." Creatures who roam hallowed youth halls in the middle of the night like ravenous zombies are not Christian, and it is my personal belief that they are committing a sin for which there is no atonement.

Some are saying, with justification, that Pope Benedict and the Catholic hierarchy are weary and confused. Perhaps they should ask Jesus what HE thinks about all of this, for Jesus said...
Matthew 18:6 -- But whoso shall offend one of these little ones which believe in me, it were better for him that a millstone were hanged about his neck, and that he were drowned in the depth of the sea.

Mark 9:42 -- And whosoever shall offend one of these little ones that believe in me, it is better for him that a millstone were hanged about his neck, and he were cast into the sea.

Luke 17:2 -- It were better for him that a millstone were hanged about his neck, and he cast into the sea, than that he should offend one of these little ones. 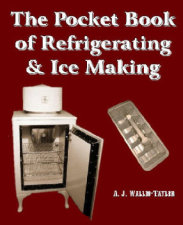