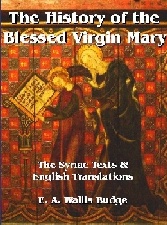 God Tells the U.S.(inc.) To GET THOSE DAMNED RIGS OUT OF HIS OCEANS!

Why Is God Smiting the Deep South?


It’s notable then that with the biggest-ever oil slick bearing down on Gulf Coast beaches and a spate of deadly tornadoes and floods across the South over the past few weeks, interpreters of divine vengeance have been eerily quiet.


Their silence is atypical. For example, within about 48 hours after 9/11, Robertson and Falwell were on the air expressing what appeared to be inside knowledge about who was really to blame for the terror attacks:

JERRY FALWELL: [What] we saw on Tuesday [Sept. 11, 2001], as terrible as it is, could be minuscule if, in fact — if, in fact — God continues to lift the curtain and allow the enemies of America to give us probably what we deserve.

PAT ROBERTSON: Jerry, that’s my feeling. I think we’ve just seen the antechamber to terror. We haven’t even begun to see what they can do to the major population.

FALWELL: The ACLU’s got to take a lot of blame for this.

FALWELL: And, I know that I’ll hear from them for this. But, throwing God out successfully with the help of the federal court system, throwing God out of the public square, out of the schools. The abortionists have got to bear some burden for this because God will not be mocked. And when we destroy 40 million little innocent babies, we make God mad. I really believe that the pagans, and the abortionists, and the feminists, and the gays and the lesbians who are actively trying to make that an alternative lifestyle, the ACLU, People For the American Way — all of them who have tried to secularize America–I point the finger in their face and say “you helped this happen.”

After Hurricane Katrina hit the Gulf Coast, Hagee declared that God killed 1,800 people and destroyed the region in order to prevent an annual gay event in New Orleans:

HAGEE: It was scheduled that Monday.

PRAGER: No, I’m only trying to understand that in the case of New Orleans, you do feel that God’s hand was in it because of a sinful city?

HAGEE: That it was a city that was planning a sinful conduct, yes.

God’s plan worked perfectly, of course. The event was postponed.

About a month after Katrina struck, Franklin Graham, the son of Billy Graham, blamed the victim:

If you doubt that the divine hand of providence is at work today in the oil-spill disaster, you need look no further than the fact that mighty winds are blowing the oil, not southward toward communist Cuba and Hugo Chavez’ Venezuela, but north toward the shores of the most hidebound conservative Christian enclaves on the planet this side of Vatican City.

Meanwhile, on April 24, as the oil spill disaster was building offshore, a series of tornadoes carved a swath of death and destruction right through the heart of the Bible Belt:

A supercell thunderstorm produced F-4 and F-3 rated tornadoes that killed at least 12 people and sent many more to area hospitals. Yazoo City [Miss.] and Holmes County [Miss.] were among the hardest-hit areas, with a F-4 tornado bringing maximum winds of about 170 miles per hour.

[Gov. Haley Barbour, R- Miss.] has already activated the National Guard and declared a state of emergency in 17 counties. He says the devastation in his state is reminiscent of Hurricane Katrina. The killer tornado … pulled up trees by the roots and destroyed businesses and homes.

In Yazoo City, the twister even destroyed a Baptist Church:

Dale Thrasher, 60, had been alone in Hillcrest Baptist Church when the tornado hit Saturday, ripping away wood and metal until all that was left was rubble, Thrasher and the table he had climbed under as he prayed for protection.

“The whole building caved in,” he said. “But me and that table were still there.”

And just today we learned that storms struck in northern Mississippi and Tennessee, killing 15 people and stranding visitors to no less a secular shrine to American Christian values than Opryland, where 1,500 guests had to be evacuated to a high school.

And yet, despite all of this, those to whom God speaks are silent. What gives? Could it be that God has told His prophets an awful truth — that He is directing His vengeance on the Deep South because His people have lost their way?

It’s worth considering. For one thing, leaders in the region have been struggling with the heinous sin of adultery lately. At least two, Gov. Mark Sanford (R-S.C.), former Rep. Chip Pickering (R-Miss.), are associated with the Family, a powerful Christian pressure group in Washington. And then there’s Sen. David Vitter (R-La.), who, despite being an admitted frequenter of prostitutes, is apparently coasting to reelection this year, presumably with the votes of Republican Christians in his state.

Or maybe God is punishing the Deep South, particularly the so-called “Black Belt” where slavery once predominated, for clinging to racism. While liberal churches have declared racism to be a sin, conservative Christians have been steadfastly silent on the issue, even though, as one liberal denomination has said, racism “destroys God’s likeness in every person and thus repudiates creation and its goodness.”

Or could it be the tea party phenomenon that has angered the Almighty? The Bible warns against following false prophets — which would describe the movement’s leaders to, well, a “T.” The movement was built on a foundation of lies about health care reform, including that it would institute death panels, that undocumented residents would be cared for, that abortions would be covered and that it would lead to a government takeover, for example.

Perhaps God is angry because tea party leaders duped their Christian followers into going against Christ’s call to care for the sick and feed the hungry — to ignore teaching like this from Ezekiel 34:3-4:

And then there is the tea baggers’ sin of hypocrisy, which was summed up succinctly in a sign that read, “Don’t Steal From Medicare to Support Socialized Medicine.” Plus, there’s the hypocrisy of elected officials like senators Minority Leader Mitch McConnell (R-Ky.), Tom Coburn (R-Okla.) and Chuck Grassley (R-Iowa) and representatives Michele Bachmann (R-Minn.), Virginia Foxx (R-N.C.) and the rest, who enjoy the benefits of socialized, government-run health plans but lied about reforms in order to deny access to healing to 45 million Americans.

According to the Bible, these hypocrites are bound for hell, as detailed in Matthew 23:27-28:

It also has to be said that Southerners, especially those in the Deep South, are more guilty of the cardinal sin of gluttony than their fellow Americans.

The modern-day Jeremiahs’ silence is also odd since they have have not hesitated to declare manifestations of God’s wrath in other recent disasters.

Just last month, Hagee ascribed the volcano eruption in Iceland as a manifestation of God’s anger over a minor change in British policies about advertising tourism in Israel:

The day after Britain’s Advertising Standards Authority said the Western Wall in Jerusalem could not be used in Israeli tourism ads in Britain because it is considered occupied territory, Hagee said, the volcano erupted, shutting down Britain’s economy in one day.

No less a sinner than Rush Limbaugh (gluttony, sloth, vainglory, pride, etc., etc.) declared that the volcano eruption was God’s vengeance for the passage of health-care reform in the United States:

You know, a couple of days after the health care bill had been signed into law Obama ran around all over the country saying, “Hey, you know, I’m looking around. The earth hadn’t opened up. There’s no Armageddon out there. The birds are still chirping.” I think the earth has opened up. God may have replied. This volcano in Iceland has grounded more airplanes — airspace has more affected — than even after 9/11 because of this plume, because of this ash cloud over Northern and Western Europe. At the Paris airport they’re telling people to head to the train station to catch trains out of France, and when people get to the train station they’re telling people, “There aren’t any seats until at least April 22nd,” basically a week from now. It’s got everybody in a shutdown. Earth has opened up. I don’t know whether it’s a rebirth or Armageddon. Hopefully it’s a rebirth, God speaking.

In January, after the devastating earthquake in Haiti, Pat Robertson relayed a message from above, declaring that the quake was caused by a deal struck with Satan over 200 years ago by Haitian slaves seeking to overthrow the island’s French colonial government — a deal they assumedly made after Jesus turned down a chance to free the slaves.

Speaking of Robertson, no recounting of attributions of God’s wrath can go without mentioning his prophetic blunder 12 years ago — an act of hubris that ought to serve as an object lesson for those like Hagee, Franklin Graham, Limbaugh, Falwell and Robertson himself, who commit the sin Jesus decried when he said, “Judge not, lest ye be judged.”

In 1998, Robertson warned the residents of Orlando that God was sending a hurricane to wipe out their city, not because of anything they had done, per se, but because private groups not associated with the city were hosting annual “gay day” celebrations at nearby Disneyworld.

But while Orlando went unsmited by storms that year, just a few months after Robertson warned of God’s vengeance on Orange County, Hurricane Bonnie traveled up the East Coast, took aim at Robertson’s own 700 Club compound at Virginia Beach and swept right through causing minor damage to the area.

Vengeance is mine, sayeth the Lord. 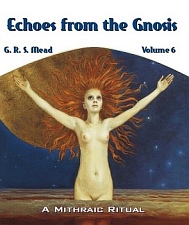