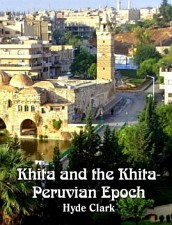 Pat Buchanan, in his usual less-than-charming manner, brought up a point last week about the religious diversity (or lack thereof) of the Supreme Court. Buchanan pointed out that, if Elena Kagan is confirmed to the highest court (as seems likely), there will be only two religions represented on the court -- Judaism and Catholicism.


He further points out that the court will be one-third Jewish, when Jews account for only two percent of the American population. Now, aside from the highly amusing spectacle of right-wingers advocating some sort of quota system, I think there's a deeper point here than Buchanan's "pity the unrepresented Protestant majority" theme. Because, even though virtually no politician would ever admit it, there is indeed a widespread (but unacknowledged) religious bigotry in America.

Of course, as I said, this bigotry is never publicly admitted, nor is it ever even discussed. Instead, any politician worth his or her salt can immediately come up with statements disavowing any sort of religious bigotry, when asked. Here is one random example, from yesterday's Face The Nation. Host Bob Schieffer asked Senator Dianne Feinstein about Buchanan's article, and whether a person's religion should be an appropriate thing to talk about when considering a judicial nominee. Feinstein's response:

Well, the answer to your question is no. I really do not believe it makes that kind of a difference. Actually, if she [Kagan] is confirmed, three members will be of the Jewish faith and the remainder will be Catholic. Does that bother me? The answer is no. Each one of the Catholic justices are -- are very different in how they approach the law. And I don't believe it's necessarily related to their -- their religion. And I think that they are total people. The products of their learning, their backgrounds, their experiences in life and that's the way it should be.

Now, I don't mean to single Senator Feinstein out in any way, here. She's not alone, in other words. That answer could have been given by just about any politician, Democrat or Republican. Because no politician wants to appear bigoted in public, in any way, shape, or form. But there's a followup question which really should have been asked, which cuts straight to the heart of the matter: "Would you support an atheist for the Supreme Court?"

Americans, as a whole, see religion on a scale of acceptability. There are acceptable religions, and then there are unacceptable religious beliefs (starting with having no religious beliefs at all). Now, over time, some religions slide back and forth along this scale. And, over time, bigotry has largely gone underground, because such things are no longer seen as acceptable in polite conversation. If you could travel back to the nineteenth century, you would meet people from actual political parties (or "movements," such as the Tea Party folks today) which defined themselves by being against one religious belief or another. Anti-Masonic fervor was probably the first wave of these "antis" to sweep across the political landscape in America, but it certainly wasn't the last. Anti-Semitism, Anti-Catholicism, Anti-Mormonism, and anti-just-about-everything-else have all had their day at one time or another. And if, on your time-machine voyage to the past, you told a member of one of these movements that, in the future, the Supreme Court would be made up of three Jews and six Catholics, their heads would likely explode right there on the spot. As I said, what is "acceptable" and "not acceptable" in the way of a public person's religion is a shifting concept.

But, getting back to the subject of religion, whether politicians want to admit it or not, there are still "acceptable" and "unacceptable" religions, when it comes to discussing a candidate the Senate will have to approve for a lifetime appointment to the highest court. Does anyone believe, for instance, that in today's world a Muslim would be deemed acceptable for a seat on the Supreme Court? Put aside even the crazy "Obama's a Muslim" idiocy -- assume John McCain had won the presidency instead. Do you really think the Senate would confirm a Muslim candidate right now, even a conservative right-wing one? I don't. It just wouldn't be seen as "politically acceptable." Because the Senate is involved, politics is a big consideration in any judicial nominee. And every single senator, on some level or another, would be terrified of campaign ads which would inevitably run against them, for "putting a Muslim on the court." Some might bravely vote to confirm, but my guess is that most would not -- all the while avowing that "the candidate's religion has nothing to do with my decision."

I could be wrong about this, but I doubt I am. Of course, presidents don't like to have nominees defeated, so the real issue is that a president would never nominate someone in the first place who seemed too "radical" in their views -- even on religion -- to get confirmed.

This is the definition of prejudice. Any occupant of the White House is simply not going to consider people for a high court appointment who hold certain religious views, because it would just be seen as "too controversial." Because presidents (of any party) weed candidates out in this fashion, senators are spared having to make such difficult decisions. But, again, this is pre-judging a candidate solely on their religious beliefs (or lack thereof). The most brilliant legal mind of the century would simply be passed over for such an appointment, if he worshipped the Flying Spaghetti Monster.

As I said, it's hard to pinpoint where on the sliding scale of mainstream acceptability each and every religion would fall. Catholics, most mainstream (non-snake-handling) Protestant denominations, and Judaism are all squarely on the "acceptable" side of the scale, of course. Atheism and agnosticism are likely at the other end of that scale (of the over 100 Supreme Court Justices, only one -- David Davis -- was "unaffiliated with any church").

But there are a whole lot of religions which fall somewhere in between. And any one of them could have made for a dandy followup question to the softball "do you think religion should be considered" question Schieffer lobbed at Feinstein. "Would you support an atheist for the Supreme Court?" is just the easiest way to expose this hypocrisy. Because any politician (again, not to pick on Feinstein in particular) would have to think twice about answering that. On the one hand, they don't want to wear their bigotry on their sleeve. They may even, on a personal level, be quite comfortable with an atheist on the high court. But they also can instantly visualize the attack ad which their next political opponent will run if they answer the question in a non-bigoted way: "Senator X actually said he would support an atheist on the Supreme Court!" But answering "No, I don't think I could support an atheist" would also show that the platitude "Religion shouldn't be a factor" is the sheerest hypocrisy. There isn't supposed to be any sort of religious test to hold any office in the United States, but while there is no overt test, there is indeed a hidden test.

I fully admit, it's a "gotcha journalism" kind of question, which some people deplore on general principles. And you can substitute a lot of religions in the question for "atheist," and show the same bigotry or hypocrisy. "Would you support... a Wiccan, a Satanist, a Rastafarian, a practitioner of Santeria, a pagan...?" The list is a long one of religious beliefs that are seen by most Americans as being so far out of the mainstream that it's OK for politicians to express bigotry towards its members. There are also a large number of religions which would truly cause a politician to think long and hard about their answer. Mormons, Buddhists, Muslims, Hindus, Christian Scientists, Scientologists, and plenty of other groups are in a borderline area somewhere in the middle of the religious scale of acceptability to the general American public. These are religions which are generally seen as being acceptable enough for people to publicly practice without any sort of condemnation, but would likely not be acceptable (at this particular time) for a Supreme Court Justice. Time, though, is a factor, as religions move around on the acceptability scale quite a bit -- usually migrating from "unacceptable" to "somewhat acceptable" and sometimes all the way to "fully acceptable."

This is a tough subject for most Americans to admit. Generally, we like to see ourselves in a very idealistic light -- "we're not bigoted, we're inclusive, we're tolerant," we tell ourselves. At the most, we can acknowledge this scale of acceptability by projecting it upon all our fellow citizens -- "well, I can see that a Satanist would likely be deemed controversial and unacceptable by everyone else...."

But ignoring it altogether, and watching media types and politicians pat themselves on the back for stating that "religion is simply not a consideration" means that this hypocrisy and bigotry will continue. By not even asking the hard questions, we tacitly give approval to the uncomfortable thought that religion is indeed a consideration, on one level. Look at the outcry over a member of Congress being sworn in on the Koran recently, if you don't believe this to be true. Sure, the people making the outcry were those folks who don't mind wearing their religious bigotry on their sleeves. And, as I said, it's becoming more and more unacceptable to the general public to espouse such viewpoints. But that doesn't mean that standing up for Muslim (or Hindu, or Mormon) rights to freely practice their religion doesn't mean that there are some religions (some even derogatorily dismissed as "cults") which are simply beyond the pale when it comes to deeming what is acceptable and what is not for a Supreme Court Justice (or for an American politician, for that matter).

As I said, presidents (from both parties) are generally smart enough not to test the bounds of what is and what is not acceptable, at least not too much. Because if a president were bold enough to try, the bigotry would suddenly burst out into raw public view. Imagine what Republicans in the Senate would have to say if President Obama had just nominated a Wiccan, if you don't believe this.

Americans believe in the concept of freedom of religion. Up to a point. That point moves over time, and we are now inclusive of Catholicism and Judaism. But that wasn't always the case. And, while journalists and politicians are free to pretend that we actually are warmly inclusive of all religions, this is simply not true. America does exhibit bigotry towards religions that are seen as "too far outside the mainstream," and we always have. Covering this fact up with the hypocrisy of "religion would never, ever be a factor for me" doesn't change this basic fact, either. 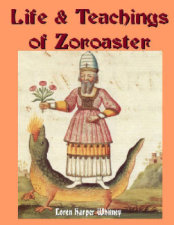