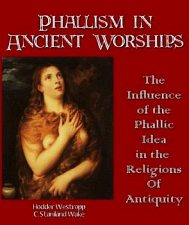 According to Polynesian legend, the stone monoliths of Easter Island were put into place by a king who invoked divine power to command the statues to walk. Archaeologists have long preferred the more prosaic theory that they were heaved into position along a network of purpose-built tracks.


But the first British archaeological expedition in nearly a century to the archipelago, whose giant artifacts have long baffled academics and explorers, has arrived at a conclusion which threatens to overturn a 50-year-old consensus about the role played by the island's ancient road system.

The team, from London and Manchester, travelled to the island off Chile to examine the toppled minimalist statues which researchers have long believed were abandoned on the roadside during failed attempts to haul them from inland quarries to their final vantage points overlooking the coast. There are about 1,000 statues, most on platforms on the island's perimeter, with others inland in an apparently random fashion.

The theory about these inland rock effigies, which are known as moai and weigh up to 86 tons each, was first outlined in 1958 by the Norwegian adventurer Thor Heyerdhal, who suggested that the ancient Polynesians simply left the broken statues beside the track and they served no spiritual purpose.

But evidence from the researchers, from University College London (UCL) and Manchester University, has upset this convention after hi-tech equipment discovered that, far from being the detritus of clumsy construction workers, each of the tumbled statues had a stone platform and would have had pride of place on the road system as part of a religious avenue.

The discovery confirms the findings of the last British archaeologist to work on the island, Katherine Routledge, in 1914, and suggests that rather than serving solely as a transportation route for coast-bound statues, the system of tracks criss-crossing the archipelago had a more complex role.

Researchers have long assumed that the quarry in an extinct volcano, Rano Raraku, where the statues were carved, was merely a workplace from which the roads fanned out to the coastal sites. The latest findings show that the volcano was in fact also a sacred site.

Dr Sue Hamilton, of UCL, said: "Ever since Heyerdhal, it has been assumed that the roads were used for transportation and little else. But what we know now is that the roads very much had a ceremonial function and the quarry was where the islanders would go because it was a sacred centre.

"The statues by the roadside were not abandoned. They had individual platforms and faced in towards the road. They ended up on the ground after falling over in the intervening centuries but we think it is beyond doubt that they intended to stand where they were found. Volcano cones were considered as points of entry to the underworld by the ancient inhabitants of the island. It seems that the volcano was a holy place. It was the birthplace of the statues and people would come to it rather like a cathedral."

The British team say that as the roads approach Rano Raraku, the statues become more frequent, suggesting they form the climax of a processional route to the volcano.

The inhabitants of Easter Island, carved their figures between 1200 and 1500AD. The tallest statue, named Paro, is almost 10m high and weighs 75 tonnes. Several expeditions have tried to re-create their transport, using wooden rollers and timber A-frames. But Dr Hamilton said: "If you just focus on one part of the story of Rapa Nui [the tribal name for Easter Island], then you will miss the wider history. We will not get the answers to how the statues were moved; we need to consider them in the context of their landscape and its spiritual dimension." The honor of the discovery of Easter Island is contested by several of the earlier voyagers in the Pacific. Spanish writers claim that the island was sighted by Mendana in 1566, but the account is by no means authenticated, and the records preserved are not sufficiently accurate to determine the exact track sailed over by that ancient mariner. Captain Davis is credited by Capt. William Dampier with being the first to sight the island, and Lionel Wafer, who cruised with that bold navigator, on board of the Batchelor's Delight, gives the following account of the discovery in the year 1687