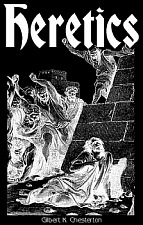 A colossus of an ancient Egyptian deity in Luxor, an Umayyad coin in Wadi Al-Natroun and the tomb of a 19th-Dynasty mayor of Memphis at Saqqara are the most recent discoveries in Egypt, Nevine El-Aref reports


At the end of the winter archaeological season the announcement of new discoveries are helping specialists to decipher more chapters in Egypt's ancient history. The most recent discoveries were carried out by Egyptian missions from the Supreme Council of Antiquities (SCA) and Cairo University in Luxor, Wadi Al-Natroun and Saqqara.

On Luxor's west bank, at the northwestern side of the temple of Pharaoh Amenhotep III of the 19th Dynasty, an SCA mission discovered what is believed to be a colossus of the ancient Egyptian deity of wisdom, Djehuty. This large rose granite colossus measures 3.5 metres in height and 140 centimetres in width.

Zahi Hawass, secretary-general of the SCA, says the site where the statue was unearthed suggests that it could have been on an avenue of Djehuty's that once lined the path leading northwards to the temple. Hawass pointed out that last year similar five-metre tall colossi were found at the same place and he expects still more colossi to be found. The date of the statue cannot be verified until the excavations are completed as further objects that can be dated more specifically might be discovered.

Traces of the colossi were first shown on the site during the execution of a development project aimed at controlling the level of subterranean water on the west bank of Luxor, which led Hawass to assign a special excavation mission to explore the site.

At Deir Yehnes Al-Koseir in Wadi Al-Natroun a joint venture archaeological mission from Bill University in the United States and the SCA unearthed a gold Umayyad coin. The coin is very well preserved and each side is decorated with Kufic inscriptions. One side bears the name of Allah, while on the obverse is written: "In the name of God the Merciful". The edge bears the year when the coin was struck: 103 Higra (721 AD) which was during the reign of the Umayyad Caliph Yazid Ibn Abdel-Malek Ibn Marawan, an era well known with its peace and prosperity.

Meanwhile, a mission attached to the Faculty of Archaeology at Cairo University that has been excavating at Saqqara has discovered the tomb of a mayor of Memphis, Ptah-Mes. The find was made during routine excavations in the 19th-Dynasty cemetery for high-ranking government officials located on the southern side of the ramp of King Unas's pyramid in Saqqara.

Culture Minister Farouk Hosni describes the discovery as of major importance as it reveals more of the mystery surrounding the Saqqara archaeological site. He says the tomb can be dated to the second half of the 19th-Dynasty (1203-1186 BC).

The tomb is 70 metres long and is composed of a number of corridors and chapels. Hawass says it is similar in interior design to the tomb of Ptah-Im-Wiya, the royal seal bearer during the reign of Pharaoh Akhenaten, which was discovered by a Dutch mission in 2007, also at Saqqara.

Ola El-Eguezi, former dean of the Faculty of Archaeology at Cairo University, said the owner of the tomb was a prominent figure as he was appointed to several governmental posts, including that of chief of the army, the royal scribe, the inherited prince, and the supervisor of the Temple of Ptah in the reign of Pharaoh Seti I and his successor Ramses II.

Eguezi continued that excavations also revealed several stelae, among them an unfinished stela engraved with a scene featuring the deceased and his family before the Theban triad: Amun, Mut and Khonsu. Eguezi said the stela pointed to a revival of the cult of Amun during the second half of the 19th Dynasty.

The deputy to the mission director, Ahmed Said, said that during the excavations several fragments of another statue of the tomb owner and his wife were unearthed. A painted head that most probably belonged to his wife or one of his daughters was also found, along with the lower part of a limestone statue that belonged to the deceased. Clay vessels, ushabti (votive) figurines and amulets were also found under the sand. A vivid wall engraving of people fishing from boats constructed of bundles of papyrus reeds was also found.

Some pillars of the tomb were reused as chapels during the Christian era. The tomb was also subjected to robbery in the 19th century, which led to the deterioration of some of the walls. Several pieces of the wall were found within the debris inside the tomb. All these pieces were collected so that they could be registered and restored.

The discovery of the tomb solves a riddle dating back to 1885, when foreign expeditions made off with pieces of the tomb, whose location was soon after forgotten.

"Since then it was covered with sand and no one knew about it," says Eguezi. "It is the lost tomb," she adds.

Some of the artefacts ended up in museums in the Netherlands, the US and Italy as well as the Egyptian Museum in Cairo. These fragments provided the only clues about the missing tomb.

Excavations will continue at the tomb of Ptah Mes in an attempt to find the main tomb shaft which will lead to the burial chamber where the sarcophagus of the deceased and his funerary equipment were placed. the eye of Horus Read the History of Egypt written about 2500 years ago. It is rare that such an ancient history comes down to us from the ancient ages. Cairo was once named Babylon... and showed up on ancient maps as Babylon. Here's a brief look at Babylon, Egypt Who actually built the Pyramids of the Giza Plateau, and why? Is there a really a Hall of Records under the Giza Plateau? Are the mythological figures of ancient Egypt – Osiris, Isis, Anubis, Horus, and others, actually the same characters represented in certain books of the Old Testament? 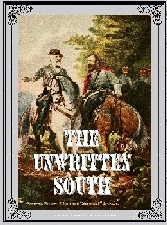