Republic of Karelia that is celebrating 90th anniversary as an administrative unit is famous not only with its ancient legends but also with interesting archeological findings discovered in this northern area.

In the early 1900s, Europe was discussing ancient petroglyphs – writings found by famous Russian poet Nikolai Gumilyov on the rocks of Karelia.


As many representatives of Russian intelligentsia, Gumilyov was interested in history and geography and enjoyed traveling. In 1904 he explored Kuzovsky archipelago on the White Sea.

He heard about Stone Book that allegedly contained information about ancient times and clues to the location of the mysterious Mu country where the ancestors of the Northern and, probably, Slavic tribes came from.

The first mentioning of Mu goes back to the 4th century BC. The texts said it was located to the West of Egyptian Kingdom and could be reached by water. The place was sad to have a sanctuary of Ra, god of the sun. Captions to pictures mentioned a huge lake where a sea path led.

There is information that Alexander of Macedon went to the land of Mu to obtain some sacred knowledge. He was headed to Pamir where Scythian tribes lived.

According to contemporary research, the Scythians were the ancestors of the ancient Aryans populating the larger part of Slavic lands at some point in time. According to one theory, the Aryans came from Africa and populated the North, another one says they originated from Siberia but had to move South because of adverse climate.

The Aryans represented a highly developed civilization. Some believe that they have built the famous Egyptian pyramids. Meanwhile pyramid-like structures can be found in middle Russia, in the Crimea, Siberia and the Urals. Researchers claim they are significantly older than Egyptian pyramids.

Nikolai Roerich also thought that mysterious land of Mu was located in the North of Russia. He once thought that the “huge lake” described in writings was Ladoga. The Aryans could get there by ships across the Mediterranean Sea.

The source discovered by Roerich talked about Phoebus, the Aryans leader. Phoebus (Sun in Greek) was considered a god. According to a legend he was the arch-father of all Aryans and had a gift of eternal life.

Phoebus and his supporters were looking for the entrance to Shambhala, an underground dwelling of gods where the Stone Book is kept, a compilation of spiritual wisdom of ancient people. The Aryans under Phoebus’s guidance made gigantic writings on the wall continuing the texts of the Stone Book.

Some petroglyphic drawings show animals, birds, fish and hunters. Others show figures that scientists think may represent celestial bodies. There are some images of strange creatures. Researchers believe many petroglyphs represent sacred symbols linked to ancient cultures. They are yet to interpret them.

Nikolai Roerich thought that the land of Mu was the sacred land of Shambhala where the Aryan god was headed and which he had searched for his entire life. The explorer had no luck looking for the entrance to Shambhala on Karelia’s Valaam Island.

Alexei Popov, a historian and co-chair of Karelia regional non-profit Rasea told Pravda.ru about other curious archeological discoveries made in the Northern territory.

“Karelia is famous with its seitas. This word means “divinity” and, according to geographers and ethnologists it represents cult rocks, artificial stone pyramids, and ritual handmade stone structures. Karelian Lapps believed that the souls of the dead were reincarnated in rocks. The rocks could also serve as indicators or separators.

During an expedition we discovered a huge bolder 30 miles from the city of Kem placed on a stone podium. There was a crack between the bolder and the support, and the wind blowing through the crack made song-like sounds.

The tonality of the sound changed depending on the strength of the wind and position of the bolder on the podium. This “singing rock” might have served as a pagan sanctuary of the ancient Lapps.” 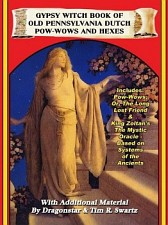