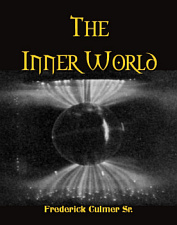 Facts are not 'anti-Catholic : Cathylick Heirarchy is guilty of Criminal Facilitation & Careless Disregard for Children

(You can always count on any Christian Church to be run by HYPOCRITES!)

William McMurry, an attorney from Louisville, Kentucky, wants to subpoena the Pope and other Vatican officials in order to determine what the Vatican knew about both his specific case (involving three Kentucky men who allege that they were sexually abused by priests) and about the many other institutionally-sanctioned coverups of clergy sexual abuse in the United States. The information obtained from these depositions would most likely reveal the extent of the Vatican’s culpability in these matters.


Bill Donohue has (of course) weighed in on this in a statement entitled “Vatican Lawsuit Driven By Hate”. I’m so accustomed to Donohue’s persecution complex and eager willingness to twist the facts to support his opinion on any given issue that it rarely shocks me anymore. This statement, though, is particularly and unabashedly dishonest on multiple accounts, three of which I’ll discuss in this post.

It is a staple of anti-Catholic thinking that every priest on the face of the globe takes his marching orders from the pope, and that every instance of priestly wrongdoing is known to the Holy Father and his inner circle.

Wrong. Firstly, “[e]very priest on the face of the globe” indeed does take “his marching orders from the pope.” A quick look at official Church doctrine makes this clear. The following information comes from the “Hierarchy” entry in the Catholic Encyclopedia. Because this was written in 1910, some of the language is arcane and can be a bit confusing, especially if you are not familiar with Church doctrine. As such, for the sake of clarity, I’ve “translated” parts of it (where the text is bolded and in parentheses) into more understandable language. In addition, I’ve also bolded two especially relevant passages:

In the hierarchy of jurisdiction the episcopate (bishops) and the papacy are of Divine origin; all the other grades are of ecclesiastical institution (in other words, unlike the roles of pope and bishop, which were “created by God,” the priesthood was created by humans). According to the Vatican Council the Bishop of Rome (the Pope), as successor of St. Peter, has been established by Christ as the visible head of the whole Church militant (living Catholics), and possesses a real primacy of jurisdiction, in virtue of which he has supreme power of jurisdiction over the universal Church in matters of faith, morals, discipline, and the government of the Church. This power is ordinary (in other words, all popes acquire this power the moment they become Pope) and immediate (the power is direct. No one can override or supersede the Pope’s power over all aspects of the Church) over all the Churches, and over each one in particular, over all the pastors and faithful, collectively and individually (Const. de Eccl. Christi, cap. i-3). The government of the Church is strictly monarchical.

In 1989, Pope Benedict (then Cardinal Joseph Ratzinger) refused to defrock the (now deceased) Reverend Alvin Campbell of Springfield, Illinois, despite the fact that Campbell admitted to sexually abusing numerous children and served seven years in prison after being convicted of sexual assault and sexual abuse. The reason for Benedict’s refusal? Campbell didn’t want to be defrocked:

Documents obtained by The Associated Press from court filings in the case of the late Rev. Alvin Campbell of Illinois show Cardinal Joseph Ratzinger, following church law at the time, turned down a bishop’s plea to remove the priest for no other reason than the abuser’s refusal to go along with it.

“The petition in question cannot be admitted in as much as it lacks the request of Father Campbell himself,” Cardinal Ratzinger wrote in a July 3, 1989, letter to Bishop Daniel Ryan of the Diocese of Springfield, Ill.

In his 1989 letter to Cardinal Ratzinger, Bishop Ryan outlined the Rev. Campbell’s many offenses against children and asked for his laicization. He pointed out the local notoriety of the priest’s case and said his crimes and those of another abusive priest had already cost the diocese $1.5 million in damages and legal fees.

“I fear the infliction of further pain upon the victims of his criminal activity and their families,” Bishop Ryan wrote. “I fear that the diocese will suffer further pastorally and in public relations, to say nothing of greater financial damage.”

Cardinal Ratzinger refused, citing Vatican policy, and told the bishop to proceed with a church tribunal.

In 1985, Benedict signed a letter opposing the defrocking of Stephen Kiesle, another American priest:

Cardinal Ratzinger – who was at the time the head of the Congregation for the Doctrine of the Faith – said the “good of the universal Church” needed to be considered in any defrocking, AP reported.

Cardinal Ratzinger urged “as much paternal care as possible” for Kiesle.

Kiesle was sentenced to six years in prison in 2004 after admitting molesting a young girl in 1995.

Kiesle is now 63 and is on the registered sex offenders list in California.

In the mid-1990s, the late Reverend Lawrence Murphy of Milwaukee, Wisconsin, who allegedly sexually abused around 200 deaf boys from the 1950s to the mid-1970s, was:

…spared a defrocking… because he was protected by the Vatican office led by Cardinal Joseph Ratzinger, now the pope.

Church and Vatican documents showed that in the mid-1990s, two Wisconsin bishops urged the Vatican office led by Ratzinger to let them hold a church trial against Murphy.

However, Ratzinger’s deputy at the time decided the alleged molestation occurred too long ago and said Murphy – then ailing and elderly – should instead repent and be restricted from celebrating Mass outside of his diocese, according to the documents.

And Donohue goes on (emphasis his):

The fact is that the Catholic Church is among the most decentralized entities in the world.

SERIOUSLY, DONOHUE? SERIOUSLY? That is so blatantly untrue that it neither needs nor deserves a refutation.

Donohue’s dishonesty is nothing new or surprising, of course. He proudly flaunts it on a daily basis. But when his dishonesty involves obscuring the facts (to say the least) about an institutionally-sanctioned widespread coverup that prioritized the Church’s self-interest over the safety of children, it is especially repellent and dangerous.

Despite Donohue’s claim to the contrary, because Catholicism is such a centralized and authoritarian religion, Catholics are taught from a young age (as I can attest) that one is never to question the statements of a Church authority figure, be they a clergy member or a layperson. It is this required and automatic obeisance that compels the rest of us to refute the dishonest and self-serving claims of Donohue and others who see their self-granted authority as the only evidence needed to support their claims, especially when their claims are made in defense of those involved, directly or indirectly, in the sexual abuse of children.

Donohue must not be permitted to portray facts as “anti-Catholic” things that should be kept hidden in order to protect Catholics. In cases that involve the sexual abuse of children, it is especially important that we do not let him get away with this.