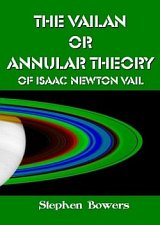 Is Goldman Sachs any better than BP? Why the different treatment?

Get ready for a big dose of CONservatism!

Goldman Sucks and its Bankster Mafia should be held to CONservative standards. The GOP HYPOCRITES should be the ones leading the charge to force CONservative values on the Bankster Cartel.


The too big to fail Banksters and AIG should be liable for ALL damages, like BP is and as BP has stepped up and claimed they are liable for the damage they caused. (I think BP understands Common Law far better than the Banksters, the CONservatives, and the RepubliCONs)

Number one plank of the CONservative theory is: 'FIRST' do no harm.

BP has harmed millions by its careless (unintended) actions in the Gulf of Mexico. They damaged the economic livelihood of millions. They damaged the Gulf of Mexico and the environment that GOD CREATED for under water life, both plant and animal. BP will be paying for this damage for many years to come, as Exxon is still suffering under the damage and costs of its Valdez spill in Alaska.

The Bankster/AIG Cartel has damaged hundreds of millions of people economically through careless, improper, inept and sometimes illegal acts they have done. Much of the damage they have caused were intentional acts contrary to sound business and banking practices.

Every state government and most local governments, and indeed the federal government has suffered at the hands of this Cartel. The Bankster/AIG Cartel has HARMED people, governments, businesses, homeowners, and much more.

The second plank of the CONservative talking points is 'self-responsibility.' IN other words, one is liable for damages, restoration, and restitution to all damaged parties from any harm they have caused or done. Whether the act is legal is of no consequence, you can harm someone with an act that is legal and under CONservatism you are still liable for your actions.

So it is PURELY hypocritical for the GOP to place a limit on BP's liability by faux legislation, that circumvents their authority under the Constitution, violates the very essence of the American Judicial System built on Common Law and is contrary to CONservatism and its ideals.

While professing CONservatism with the GOP forked tongue, they are attempting to implement an act of 'socialism'. I use that term wrongly here, because the word and theory of socialism has been applied unfairly and in derogatory manner by the GOP puppets. Socialism is merely a theory of government and economic policy. The act of capping liability on the BP disaster is a act of nothing less than Stalinism or Communism—an act of totalitarian rule that unfairly favors the elite over the common people. In this case the Stalinist RepubliCONs are favoring the entity that harmed people over the victims of the harm.

What was the liability that the GOP CONservatives demanded of the Bankster/AIG Cartel of the harm they caused the people of this country? The liability the GOP placed on the Cartel was to give them $800 billion dollars of the victims' money. The $800 billion through economy saving maneuvers catapulted to estimates of $13 trillion dollars!

The Cartel, like BP has done HARM. The CONservatives should be demanding damages, restitution, restoration---- the CONservative ideology (and Common Law) of 'making whole' the damaged parties.

Under the Christian plank of CONservative theory, and the implementation of Christian Sharia (Biblical) law, the Bankster/AIG Cartel would be liable for treble damages for unintended acts, and seven times damages for intentional acts of harm. The treble damages is also a demand within Common Law pleadings.

CONservatism demands that the owners of a business are all equally liable for the acts of that business. It is that way in a true partnership. The owners share in the profits and share in the liabilities. The corporate structure is an obstacle to implementing true CONservative theory. The corporation is 100% ideologically OPPOSITE CONservative values.

The GOP (aka RepubliCON) party is run by HYPOCRITES and apply their hypocritical acts which are contrary to CONservativism.

The Bankster/AIG Cartel owes every person, every business, every government in the USA treble damages for the harm they have caused. Yet, not ONE CONservative has demanded they make whole the damage they have caused.

The CONservative Puppet Hypocrites on CNBC and FOX will never discuss true CONservatism in their propaganda shows, which actually promote Stalinism cloaked in the name of CONservatism. By supporting the GOP and its Hypocrites, they strike a blow against CONservatism. They shield and protect the wrong-doers, the ones that have greatly harmed the people, businesses and governments of the USA.

The GOP CONservative HYPOCRITES went out of their way to protect Halliburton and KBR from charges of Obstruction of Justice, Coverup, Conspiracy, Kidnapping, and Slavery in the illicit Corporate Conspiracy to cover up RAPEs of their female employees. The RepubliCON hypocrites went so far as to justify their Stalinist actions in claiming the Halliburton-Employee contract protected the Corporate Cartel from prosecution.

Anyone in their First year of college and taking Business Law 101 is taught that NO contract can be used to coverup or commit a crime. A contract cannot be employed to facilitate a criminal act. You would think that someone that calls themselves lawmakers and legislators would know this primary principle of contract law.

Worse yet, not one of CNBC and FOX Stalinist reporters/hosts or GOP puppets bothered to mention this principle of contract law, while they continued their communist acts to protect the elitist corporations from the crimes they committed.

To this day there is a young woman in Texas that was RAPED by the Halliburton Mafia, kidnapped by KBR, held in slavery in a freight container --- and no criminal was brought to justice, primarily due to the communist acts to coverup and justify criminal activity by the GOP!!!

This is NOT CONservatism.. this is pure Communism or worse than Communism.

It's time these GOP CONservative Hypocrites SHIT or GIT OFF THE POT!

It's time for the Bankster/AIG Mafia to make whole all those whom they have harmed. It's time for the GOP to get out of the way and let us the people enforce CONservative values against these criminals harming the people of America. Just as BP has agreed to pay costs for damages, so should the Bankster Cartel pay for the harm and damage they and they alone created by illicit, ignorant, and intentional acts.

It's long overdue for the so-called ministers of the Bible to preach ALL the Biblical Sharia laws in support of CONservative values. That includes the Biblical law against USURY… and the Banksters and the Insurance Industries are nothing but Corporations of Usury.

CONservative preachers are fence sitters.. don't want to rock the boat, unless they can kill an innocent doctor in a church or march on a dead man's funeral.. They are COWARDS of the GOSPEL. They are worse than the ones they preach against. They are Communist Stalinist theologians that pick the Biblical Sharia laws they agree with and ignore the ones that would help the masses of Americans being subjected to USURY, and being harmed by the GOP with its HYPOCRITE CONservatives.

I hope there is a HELL just for them… 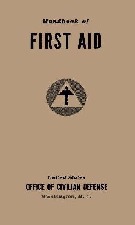 Main Article Page
Is Goldman Sachs any better than BP? Why the different treatment?
http://www.hiddenmysteries.net/newz/article.php/20100701142923706