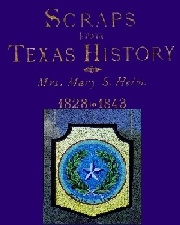 His Holiness the Poop slams cardinal who exposed abuse cover-up

The Vatican on Monday issued an unprecedented rebuke of a top cardinal who had accused the retired Vatican No. 2 of blocking clerical sex abuse investigations, publicly dressing down a man who had been praised for his criticism of church abuse cover-ups.


The silencing of Cardinal Christoph Schoenborn, the archbishop of Vienna and long considered a papal contender, drew heated criticism from clerical abuse victims. They said the Vatican should be honoring Schoenborn, not publicly humiliating him, for his calls for greater transparency and demands for a crackdown on priests who rape and sodomize children.

Schoenborn has also called for an open discussion of priestly celibacy, views that the Vatican said he "clarified" on Monday during an audience with the pope.

As it admonished Schoenborn, the Vatican appeared caught on the defensive on two other fronts in the sex abuse scandal: It remained locked in a diplomatic tiff with Belgium over the raid on church offices last week, during which police detained bishops and even opened a crypt in search of church abuse documents. And it bristled at a U.S. Supreme Court decision to let a sex abuse lawsuit in Oregon naming the Holy See go forward.

Schoenborn had accused the former Vatican secretary of state, Cardinal Angelo Sodano, in April of blocking a church investigation into the late Austrian Cardinal Hans Hermann Groer, who was accused by victims in 1995 of abusing boys at a seminary - a scandal that rocked the Austrian church and cost Groer his job. The Vatican said Monday that only the pope can level such accusations against a cardinal.

"With his words, Benedict professes concern for victims. But by his actions, Benedict shows concern for his colleagues," said David Clohessy, executive director of SNAP, the Survivors Network of those Abused by Priests.

In Washington on Monday, the Supreme Court declined to hear an appeal from the Vatican in which it argued that the abuse lawsuit should be dismissed based on sovereign immunity.

The Vatican is accused of conspiring with U.S. church officials to transfer a priest from city to city despite repeated accusations that the clergyman sexually abused young people.

Lower federal courts ruled in the case that there could be an exception to the Foreign Sovereign Immunity Act, which generally shields sovereign states - including the Vatican - from lawsuits.

A judge found there was enough of a connection between the Holy See and the priest for him to be considered a Vatican employee under Oregon law, and that ruling was upheld by the Ninth U.S. Circuit Court of Appeals. 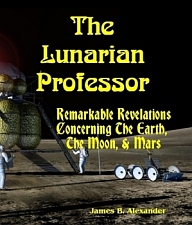