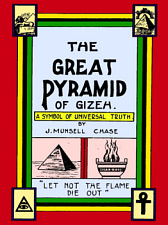 The sanctuary at First New Mount Calvary Baptist Church is in shambles from an arson fire. The pastor is charged with murder. The church is embroiled in a nasty lawsuit .

(And these right-wing evangelicals want to RULE the World through it's perversions and the GOP!)


Members of the Baptist congregation believe it's all a message from God: Stop bickering and rebuild the church together.

Before them are the charred remains of their beloved church. The odor of a raw sewage pipe wafts above them. Jackson's sermon gets interrupted by the sound of long loud freight trains roaring by about 100 yards away.

The future will be bright, he preaches.

"We can do it," he tells them as they cool themselves with paper fans and sip bottles of ice-cold water. "You can do it. We'll be viable again, more so than ever."

The three dozen or so worshippers — who live in a working-class black community, many of them in their 50s and 60s — cheer. They needed a reason to.

In the early morning hours of May 12, flames tore through the church cafeteria and licked at the pews and organ. The building's bricks still stand, but are ringed with thick ash. Houston fire investigators ruled it was arson and are investigating leads and suspects, department spokeswoman Alicia Whitehead said, declining to be more specific.

Six days after the fire, police got a call that the pastor's wife, 56-year-old Pauletta Burleson, was shot in the head while sitting in her driveway in a small subdivision 14 miles away near Lake Houston.

Now, Burleson's husband, Tracy, and stepson, William Fuller, were arrested on June 8 and charged with murder. Fuller told detectives his pastor-father paid him an unknown amount of money to kill Paulette.

Even before the fire and killing, bickering between factions at Calvary spilled into the courts in a 37-page complaint filed in March 2009 that aimed to get Burleson removed as pastor of the 93-year-old church. Allegations included financial mismanagement, an extramarital affair between Burleson and a choir member and church leadership disregarding church bylaws. Membership plunged by two-thirds over the last two years, longtime churchgoers said.

A month before the killing, police responded to a call at the Burleson's home that "a known suspect" tried to assault Paulette with a baseball bat.

"All the cases are being investigated to see if there's any link between them," said Deputy Harris County Sheriff Thomas Gilliland.

The news has shocked those acquainted with the family.

"It hurt me, upset me very bad," said Sam Mangum, Calvary's deacon board chairman and Burleson's stepfather. "I didn't raise him like that."

Ron Carter, who lives two doors down from the Burlesons, heard Paulette, as she was known, and Tracy arguing the night she was killed. Carter returned home from work around 8:30 p.m. and saw his neighbors sitting on the trunk of their blue sedan.

"I heard him say, 'I'm tired of you going through my goddamn phone and my Facebook,'" he said.

Carter did not hear her response, but said he "used to hear them arguing every day, just about crazy stuff."

Two hours later, Tania McGibboney was in her driveway around the corner when she heard the single gunshot.

"I'm thinking, this isn't the Fourth of July,'" she said. "Thirty minutes later, we got a call she was dead."

McGibboney's son and Fuller were friends, and Fuller would call her "momma." The news has rocked her entire family.

"Never in a million years I'd think it would be him," she said. "Even to hear they would do something like that affected us."

A third person, Tyonne Palmer-Pollard, was arrested for helping get rid of the gun. The 31-year-old lives two streets away from the Burlesons and is free on $50,000 bond. From the porch of her home, she declined a question from The Associated Press to talk about the case.

She, Burleson and Fuller all face court arraignment July 13.

Prosecutors believe Burleson and Fuller both were seeing Palmer-Pollard. Burleson was also caught this spring having sex in a church office with a choir member, according to the lawsuit filed by church members.

The couple had a criminal history of child abuse charges. Court records show Paulette pleaded guilty to a charge of injury to a child in 1997. In 2005, she and Tracy were arrested but not indicted for the same charge and, a year later, the couple was arrested again. Tracy's case was dismissed and Paulette received three years probation.

Mangum said never asked about their marriage or family, but prays for Tracy now, and for the future of his divided church.

"All that fire, it didn't burn those bricks," he said. "It was God getting our attention because that could have busted to the ground." 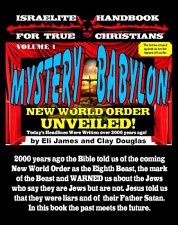