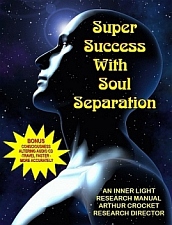 An honest peek into the deficient brain of a Christian conservative

In North Carolina, Christians defaced an atheist billboard. These things happen; there are always a few jerks in any movement who'll go out and vandalize private property because they're so sure they're in the right that the laws don't apply to them. Normally, the organizations and the sane people behind the movement will repudiate such actions — if it had been a Christian billboard (and there are many of those, I can tell you) that had been defaced (which I have never seen happen), I'd be deploring the action myself.


Unfortunately, sane people are in short supply on the side of Christianity. They do have Chrissy Satterfield, though.

"Just when I start believing there is no hope for our country I get a little reminder from my God that all is not lost. It was reported June 29 that a billboard sign sponsored by a North Carolina atheist organization had been vandalized. The ad reads, "One Nation Indivisible." It seems someone didn't think the sign was an accurate depiction of our Pledge of Allegiance, so the vandals inserted "Under God" with spray paint - and I couldn't be more relieved. It's nice to know that I am not alone in my beliefs and that some people are still willing to stand on the right side of truth."

"Never would I encourage vandalism, but in this case I think I'll let it slide. Atheists have been vandalizing my beliefs for years, so it's about time the shoe was on the other foot. When asked about the vandalism, William Warren, the spokesman for Charlotte Atheists and Agnostics, said, "It was done by one or two people off on their own who decided their only recourse was vandalism rather than having a conversation."

Hmm. That's interesting, because the Charlotte Atheists and Agnostics felt its only recourse was to deliberately insult those who understand the importance of "Under God." They probably figured that because the Bible teaches Christians to turn the other cheek, we'll just take their abuse forever. We will only take so much before we stand up against our oppressors. Besides, I can't count how many times an atheist and I have had a "conversation." They're not as calm and passive as Warren suggests.
Oh. "I'd never encourage vandalism, but <wink, wink> atheists deserve it."

The brain of Chrissy is a broken and frightening thing. The North Carolina billboard is about as mild as we can get — it's got a simple and even patriotic message about national union that simply uses a phrase from the pledge of allegiance, pointedly leaving out the 1950s addition of "under god". Chrissy characterizes this as "abuse", and that for someone to hold an opinion different from her own is "vandalizing her beliefs". The atheists have apparently been sticking a spray can nozzle up her nostrils and scrawling graffiti on her brain…which if you think about it, actually explains a lot.

The whole article is a self-righteous exercise in justifying vandalism and encouraging others to continue the practice. It represents a rather worrying escalation of the conflict to the incitement to violent action against property, all wrapped in cowardly weasel words to maintain implausible deniability.

I would like to extend my deepest thanks to the man or woman responsible for this vandalism. I appreciate the action you took. Thank you for reminding me that I'm not alone. It took a lot of guts to do what you did - and the fact that you haven't stepped forward to take credit makes you a hero. It shows everyone that you are more devoted to the message than you are to the spotlight. I encourage you to keep your cover. Don't give the secular world a reason to call your name; instead, let them call for our God.

I also need to extend a thank-you to some people in Sacramento and Detroit. In February, 10 atheist billboards were defaced in the Golden State and a slew of atheist bus ads were vandalized in Detroit. My dose of honesty this week: I am not happy that vandalism seems to be the only way to get an atheist's attention. I'm happy that I can count on other Christians to stand up for themselves and for Christians everywhere. It gives me hope.
We will not reciprocate. Atheists should not be faceless cowards who skulk along and deface private property, and we're not going to call people who do such things "heroes". What gives me hope is that atheists will continue to simply stand up, quietly speak the truth, and be good citizens.

Main Article Page
An honest peek into the deficient brain of a Christian conservative
http://www.hiddenmysteries.net/newz/article.php/20100712085118101