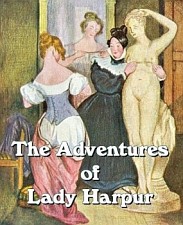 Take your Kids to CHURCH; Get Them Abused, Assaulted and Raped in the Name of our Lord and Savior Jesus

New allegation of sexual abuse made against retired priest The Catholic church, already reeling from a string of clerical sex abuse scandals, is facing new embarrassment after an Italian magazine published an investigation into what it termed the double life of gay priests in Rome.

Using hidden cameras, the weekly Panorama, owned by Italy's prime minister, Silvio Berlusconi, captured priests visiting gay clubs and bars and having sex. The Vatican does not condemn homosexuals, but it teaches that gay sex is "intrinsically disordered". In one of his earliest moves, pope Benedict barred actively gay men from studying for the priesthood.

The diocese of Rome lashed out at the prime minister's magazine, saying its aim was "to create scandal [and] defame all priests". But it also urged gay clerics to leave both the closet and the priesthood.

It said, "Consistency would require that they come into the open", but that they "ought not to have become priests".

The semi-official papal daily, L'Osservatore Romano, made no reference to the affair. Vatican Radio reported it briefly.

One priest, a Frenchman in his 30s identified as Father Paul, attended a party at which there were two male prostitutes then said Mass the following morning before driving them to the airport, Panorama reported. A photo on its website claimed to show the priest in his dog collar but without his trousers with a gay man who acted as decoy for the magazine. In other shots, priests were shown apparently kissing Panorama's collaborator.

A member of the clergy quoted by the magazine put the proportion of gay priests in the Italian capital at "98%". The Rome diocese insisted the vast majority of priests in the city were "models of morality for all", while adding that the number of gay clergyman was "small, but not to be written off as isolated cases". A review eight years ago of research on the American church concluded that between a quarter and a half of seminarians and priests there were homosexual.

A former Italian MP and gay activist, Franco Grillini, said: "If all the gays in the Catholic church were to leave it at once – something we would very much like – they would cause it serious operational problems."

Another well-known spokesman for the gay community, Aurelio Mancuso, condemned Panorama's investigation as a "horrible political and cultural operation", but agreed that if priests in Rome were to follow the advice given to them in yesterday's statement, it would "paralyse" the diocese.

In March, the pope's own household was rocked by scandal when court documents revealed a Vatican chorister had procured male prostitutes for a papal gentleman-in-waiting.

A man who claims he was sexually abused by an Episcopal Priest is suing the South Windsor Church where he says the abuse happened nearly 40 years ago.

Robert Gough was a middle school student, when he says Rev. Bruce Jaques lured him into his office and sexually assaulted him. The alleged abuse happened in the late 1970s, according to Gough's attorneys.

The lawsuit claims Jaques told Gough he was conducting research about children and how they change physically. Gough says Jaques touched him, and performed oral sex on him. He claims Jaques tried to lure him into his officer on two other occasions, but Gough turned Jaques away.

A spokesperson for the Episcopal Diocese of Connecticut said Jaques was removed from the priesthood in the mid 1990s when separate allegations were brought against him. "Abuse of any type by anyone in a position of power or authority is abhorrent, and not to be tolerated," Director of Communication and Media for the Episcopal Diocese of Connecticut Karin Hamilton said.

The Bishop's office was made aware of Gough's allegations in the spring of 2009, and the bishop notified the Department of Children and Families, according to Hamilton.

An Anaheim pastor has been sentenced to six years in prison for sexually assaulting four girls who attended his church.

Campoverde was charged with molesting the girls, who ranged from 13 to 17 years old, between July 2004 and September 2009.

Authorities say the assaults took place at the Ministerio Cristo Vive church and other locations.

The 46-year-old Campoverde was ordered to register as a sex offender.

New allegation of sexual abuse made against retired priest

The Rev. Joseph Kelleher, charged this month with alleged child abuse in Albemarle in 1977, has now been accused of a second alleged incident involving a minor - this one, in 1981 at Our Lady of the Assumption Catholic Church in east Charlotte.

Charlotte-Mecklenburg Police are investigating the new allegation against Kelleher, which was made July 14, CMPD spokesman Rob Tufano said Wednesday. Kelleher, who's now 82, has not been arrested in that case.

"They did not glean enough from the interview to proceed with charges," Tufano said.

The investigation will continue, he said.

A police report released by CMPD said the alleged incident involved the fondling of a 13-year-old boy on Jan. 15, 1981.

Tufano said the accuser reported that the alleged incident took place in the church rectory, or priests' residence.

Kelleher was assigned to Our Lady of the Assumption from August 1977 to July 1986.

The Ireland-born priest, who has served in the dioceses of Charlotte and Raleigh since 1966, was arrested by Albemarle police July 8 and charged with one count of taking indecent liberties with a child.

He is free on $5,000 bond in that case, which allegedly involved sexual misconduct with a 14-year-old boy in 1977 at Our Lady of the Annunciation Catholic Church, where Kelleher was then assigned.

Kelleher is officially retired, but had been serving in recent years as chaplain at Bishop McGuiness High School in Kernersville. The Diocese of Charlotte put the priest on administrative leave this month, pending further investigation.

Reached today about the latest allegation, diocese spokesman David Hains said: "This is a tragedy - first for the victim. It's also a tragedy for Father Kelleher."

Kelleher's first assignment in Charlotte was at St. Patrick Cathedral, from September 1966 until April 1968.

Recently, vigils of support for Kelleher were held in Winston Salem and Charlotte by Catholics who said they knew the priest and did not believe he was guilty of the alleged Albemarle incident.

Kelleher told the Observer this month that he's been asked not to comment by Bishop Peter Jugis, who heads the 46-county diocese.

NOT FOR the first time in recent months, an Italian media source yesterday revealed embarrassing details of a flourishing gay “scene” within the Holy See in Rome.

Carmelo Abbate, an undercover reporter from weekly news magazine Panorama , provides in its latest issue graphic detail of a month-long series of gay parties and brief encounters in and around the Holy See, featuring openly gay priests.

Abbate, who introduced himself into the community thanks to an (unnamed) gay friend, begins his latter-day Decameron with a party in the Testaccio area of Rome.

He and his friend were invited to the party by a French priest, referred to as Paul, whom the friend claims he first met in a sauna. After watching two semi-naked, oiled and muscular gay dancers go through their routine, Fr Paul climbed up on stage for what the reporter calls a session of “Dirty Dancing For Three”.

That first night ended with Fr Paul spending the night with Abbate’s friend. The Panorama article is accompanied by clandestine photos allegedly depicting the said Fr Paul in striped boxer shorts in the friend’s bedroom on the morning after.

The article goes on to detail homosexual encounters with two other Rome-based priests, “Carlo” and “Luca”, passionate encounters that are also photographically documented. After sex, Fr Luca, for example, proudly shows off his clerical vestments, walking around the bedroom half-naked. Fr Carlo claims that “98 per cent” of the priests he knows are homosexuals.

The reporter’s friend says he knows many priests who frequent gay spots such as the Coming Out bar near the Coliseum.

Fr Paul and the friend begin a relationship via affectionate text messages. At one point the priest explains he has “to say Mass this evening at six o’clock but I’ll say a prayer for you, if you like”.

At the Testaccio party, a Sardinian claims he has come to Rome just for the party, and asks: “Did you meet Fr Paul when you went to confession?”

There was no official Vatican response to the Panorama article yesterday, but the pope’s man in the diocese of Rome, namely the vicariate of Rome, Cardinal Agostino Vallini, issued a statement condemning the “double life” of certain priests and adding: “Coherence calls for them to come clean. We do not wish them any ill but we cannot accept that because of their behaviour, the honour of all priests is besmirched.”

Sergio Rovasio, secretary of the radical group Certain Rights, said: “Finally, a piece of investigative journalism which documents something which anyone who frequents gay spots in Rome knows only too well – namely, there are a lot of priests who attend these places and who have sexual encounters without seeming to be minimally worried by the evident hypocrisy of what they preach by day and what they do by night.” 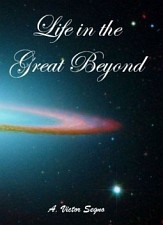 Main Article Page
Take your Kids to CHURCH; Get Them Abused, Assaulted and Raped in the Name of our Lord and Savior Jesus
http://www.hiddenmysteries.net/newz/article.php/20100725014208379