Hate-Spewing Christians On the Road Again

This summer, NOM -- an anti-gay marriage group -- took their hate on the road. The Courage Campaign has captured their bigotry on camera.

(I smell the putrid odor of Mormon money again)


Larry Adams has become an overnight internet celebrity of the worst kind: at a National Organization for Marriage (NOM) rally in Indianapolis, a camera caught Adams holding a sign with two nooses on it and the words “solution to gay marriage.” Beneath this violent slogan Adams had posted a lengthy Leviticus quote about putting men who lie with men to death.

During a long interview at the rally, now a bit of a YouTube sensation, Adams explains in one breath that the state should crack down on homosexuality and in another, that he’s here to save sinners from hell. In the widely circulated video, Adams comes across less as a malicious enemy than a confused, casually hateful dupe of a larger movement -- and that’s the point, say the people who caught him on camera.

They are representatives of the Courage Campaign’s Tour Tracker team, which has been following NOM's “One Man One Woman” summer bus tour -- which kicked off on July 14 and continues through August 15 -- from meeting to meeting across the country, gathering footage and reportage as they go and posting it on the web.

The idea? To let images of bigotry-spewing anti-gay marriage protesters and their counter-protesters speak for themselves.

“We’re taking the debate over marriage equality out of the hands of political operatives and putting them into hands of American public in an unfiltered format,” says the campaign’s spokesperson, Todd Stenhouse. In addition to Larry Adams, they’ve picked up footage of people speaking in tongues, featured speakers who’ve gone on the record comparing homosexuality to pedophilia and alcoholism, and more. There were the folks in Maryland who tried to have the Courage Campaign videographer wrongfully arrested (the police chief later apologized) or the priest who denounced all non-traditional sex acts, heterosexual or homosexual: “God is not in the sexual acts they commit... If we’re using another for pleasure.. then we’ve dehumanized them,” he said. The priest also repeated the myth that gayness comes from a psychic wound.

The NOM Tour Tracker team has also repeatedly interviewed NOM leaders Brian Brown and Maggie Gallagher -- who claim to be “pro-love” -- attempting to get them to denounce the homophobia at rallies.

On the other side? NOM Tour Tracker’s team on the ground has images and quotes from spirited, often young people holding counter-protests in the reddest of red states.

According to founder and chair of the Courage Campaign Rick Jacobs, the NOM Tour Tracker idea was a natural outgrowth of their wildly popular Proposition 8 Trial live-blogging. This practice of reporting and watching both the equality movement and the anti-gay marriage movement will be part of a larger, more long-term project called “Testimony--equality on trial.”

This project, Jacobs says, is “designed to engage everybody in this country in telling stories about how discrimination affects them.”

NOM, which has spearheaded and contributed funds to many of the last few years' political and legal drives to push back marriage equality from California to Maine has been watched by gay marriage activists for a while.

“We saw how NOM announced this tour, and we realized that the world needed to see what I call the ‘oxymoronic’ NOM was doing,” says Jacobs. “So we decided, very quickly to do this. We’ve had three full-time staff [following NOM], a videographer and a staff back here to run the online piece, and we’ve painted a clear contrast between what NOM really is and America.”

Already, the Courage Campaign says its Proposition 8 and NOM tracker sites combined have gotten over 2.5 million visits and nearly 40,000 comments, many of which have occurred in the last few weeks. The comments, and engagement, are more important that the publicity, Jacobs believes, as they demonstrate a positive, hopeful community and build an online base for future activism. The Courage Campaign has publicly invited NOM members or officials to come debate them on the blogs.

The numbers keep racking up for the Courage Campaign’s blogs partly due to some of the sensational hatred and buffoonery their reporters pick up. But perhaps the most effective aspect of tracking NOM has been to show how dismal their turnout numbers are, often fewer than massive anti-NOM rallies nearby or across town. The team has been rigorously hand-counting the number of supporters and checking it against the numbers NOM reports to the media.

What’s important about this is that NOM bills itself as a grassroots, populist-led organization, but opponents have long seen it as a way for religious groups to funnel money into anti-gay efforts. The group has been sued repeatedly in various states to disclose its donors and other financial forms.

“What we really have is a fake organization,” says Jacobs of the low turnout captured by NOM Tour Tracker’s bloggers. He calls them “a Potemkin village.”

“If this were a presidential campaign, they would be laughed right out of business,” he adds.&#8232; "They have trouble getting people to turn up and the people who do turn up are not folks in line with America.”

Larry Brown and His Ilk

The effort to paint NOM as a fringe group also targets the mainstream media, whose reporters often seek to have representatives from “both sides” in any given story about a controversial issue. Discrediting their organization for peddling myths can help give equality proponents a leg up in the media wars.

The Courage Campaign says their blogging at prop8trialtracker.com will last at least until the Proposition 8 case goes to the Supreme Court, providing information on court cases, trials, rallies and other campaigns throughout the movement.


Sarah Seltzer is an RH Reality Check staff writer and a freelance writer based in New York City. Her work has been published in Bitch, Venus Zine, Women's eNews and Publishers' Weekly. 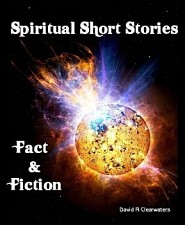