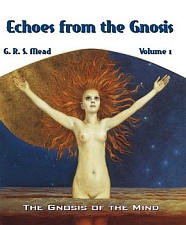 Another day in Christian America... another Child is Raped by Christians

The Fayette County Sheriff’s Office said Thursday that a church pastor has been charged with sexual abuse.

Authorities said a weeklong investigation ended with the arrest and charges of crimes against a child being filed against Timothy Parker, 40, of Westgate.

Parker is the pastor at the St. Peter Lutheran Church in Westgate.

Authorities said they launched their investigation after a 13-year-old talked about an incident.

Parker is charged with two counts of lascivious acts with a minor and one count of third-degree sexual abuse. The charges could result in 30 years in prison....

Copyright 2010 by KCCI.com. All rights reserved. By Frances Willick, The Windsor Star


Allegations of sexual abuse are piling up against a former Windsor high school principal.

Rev. William Hodgson "Hod" Marshall was charged in May with indecent assault for incidents that occurred between 1981 and 1985.

Late last month, Marshall, 88, was charged with three more counts of abuse by three additional victims, including two counts of indecent assault dating back to 1955 and one charge of sexual assault stemming from one or more incidents alleged to have occurred in 1985-86.

Marshall taught at Assumption College Catholic High School in 1955 and at Holy Names high school from 1985-89, where he also served as principal.

None of the allegations has been proven in court.

On Monday, the Toronto Star reported that in 1998-99, the Basilians gave $30,000 to a former student of Marshall's in Sudbury who had complained of sexual abuse. The alleged victim, Ted Holland, also signed an agreement with the Basilians that he would not pursue the matter in court.

Spokesman for the Basilian Fathers, Rev. Thomas Rosica, C.S.B., said the money was simply offered to Holland to help him cover the costs of pricey psychological counselling. "We offered money to Mr. Holland because his psychologist told us he was in need of assistance," he said. "We always reach out to the victim in terms of financial assistance -- if they need help."

Rosica said he couldn't comment on how frequently similar financial contributions had been offered to other complainants. But, he said, "whenever there's been a request for assistance, that's been given out."

The Basilian priest's career spanned three countries, six cities, seven schools and nearly five decades. Ordained in 1951 at the age of 28, Marshall's early years were spent bouncing from school to school before he settled at St. Charles College in Sudbury for almost 17 years.

Rosica said Marshall's frequent change of address isn't unusual for Basilian priests. "I don't think you should read anything into that," he said. "This is normal procedure." Rosica said priests are often moved from place to place early in their careers as part of the "formation process" of clerical development.

He later served as teacher and principal in both Sault Ste. Marie and Windsor before moving to St. Lucia, where he carried out missionary work from 1989 to 1996.

Shortly after leaving the Caribbean island, Marshall was placed in a treatment program for clerics with psychological or spiritual problems. The program at the Saint Luke Institute in Silver Springs, Md., offers therapy for depression, anxiety, dysfunctional behaviours such as gambling, chronic interpersonal problems and sexual issues, including sexual abuse and professional boundary violations.

Asked whether Marshall's placement in the program was prompted by allegations of abuse, Rosica stated, "One doesn't go there for a vacation."

Marshall retired from public ministry in 1997 at the age of 75. Rosica said Marshall was not forced to retire because of psychological or spiritual problems. "He retired because he was an old man and he was living in a country where there was great strife."

The priest is now living in a retirement residence for Basilian priests in Toronto. "He's holding up," Rosica said of Marshall's spirits. "He's dealing with it as best he can."

Rosica added Marshall is co-operating with the Basilian fathers and the legal authorities. His next court date is in Windsor on Sept. 8. The Rev. Phillip JacobsA Catholic priest removed from ministry in Columbus in 1993 for molesting a teenage boy has been charged with sex crimes against children in British Columbia.

The Rev. Phillip Jacobs, 60, was arrested Wednesday night at the Victoria airport after arriving on a flight from San Francisco.

The Saanich Police Department is not releasing information about the number of alleged victims, their gender or the number of offenses while the investigation is pending, said Sgt. Dean Jantzen, the public-information officer. Saanich is a municipality outside Victoria.

"The concern for our investigators is there are other victims out there," and police don't want to discourage them from coming forward, Jantzen said. He said he could describe the number of those who already have come forward only as "numerous."

Jacobs is charged with sexual assault, sexual exploitation and sexual interference, which refers to sexual touching.

He was in custody yesterday awaiting a court appearance.

Those accusing Jacobs are young people he knew through his position as parish priest at St. Joseph the Worker Parish in Saanich, which he held from 1998 to 2002, police said.

He got that job despite having been removed from ministry in Columbus by then-Bishop James A. Griffin. Griffin told the Roman Catholic Diocese of Victoria about Jacobs' past, Deacon Tom Berg Jr., vice chancellor of the Catholic Diocese of Columbus, said yesterday.

The Victoria diocese said in an e-mail that "under today's standards, Father (Jacobs) would not have been hired." Bishop Richard Gagnon apologized for "this situation and the impact on all those affected" and said that counseling is being provided to anyone who was harmed.

Since 1993, the Columbus diocese has received about 10 credible reports of abuse at the hands of Jacobs, Berg said.

The first report, in 1993, was what caused Griffin to remove Jacobs from ministry, Berg said. According to Dispatch archives, the victim was a teenage boy and, at the request of his family, the molestation was not reported to authorities.

Eventually, Griffin informed police of all accusations against Jacobs, Berg said. No charges were ever brought, possibly because the time limit for filing them had expired, said Berg, who joined the diocese in 1995.

Griffin told T he Dispatch in 2002 that he chose not to reassign Jacobs in the Columbus diocese even though he received what Griffin described as "a clean bill of health" after therapy.

The Times Colonist, which covers Victoria and Vancouver Island, reported that Jacobs resigned from the Saanich church after parishioners learned that he had been fired from the Columbus diocese.

From 1981 to 1986, he studied philosophy at Boston College, and after that, he taught philosophy at the Pontifical College Josephinum until 1993.

He also was a priest in residence at St. Paul the Apostle Parish in Westerville from 1986 to 1989. Sex charges against priest 'harmful for all,' bishop says

Allegations of sexual abuse against a Roman Catholic priest who spent six years working in Greater Victoria will likely have a painful ripple effect for local parishioners, Victoria's bishop said.

Father Philip Jacobs, a 60-year-old U.S. priest, has been charged with sexual assault, sexual interference and sexual exploitation against three children under the age of 14.

"Any report of sexual abuse is harmful for all, and because the Church is essentially a family, there are rippling effects throughout the community," said Bishop Richard Gagnon of the Catholic Diocese of Victoria, responding to the allegations made public Friday.

"Our whole diocese will feel a particular sadness and disappointment, particularly the last parish he was at [St. Joseph the Worker]." The offences are alleged to have occurred between Sept. 1, 1996, and June 30, 2001, while Jacobs was a priest in the diocese of Victoria.

He came to Vancouver Island in 1996, serving at St. Rose of Lima in Sooke until 1998, when he became the parish priest at St. Joseph the Worker.

Jacobs resigned in 2002 after it was reported in the media that he was fired from a church in Columbus, Ohio, in the mid-1990s because of alleged misconduct.

Saanich police began an investigation in 2009 when complaints were made against Jacobs. A Canada-wide warrant for his arrest was issued and Jacobs was arrested Wednesday as he arrived at Victoria airport from San Francisco.

Some parishioners who attended St. Joseph while Jacobs presided said he was a priest admired by many.

"He had a great impact on people and the parish flourished as a result," said Gordon Phillips, who has been attending the church since 2000.

Phillips said he doesn't think the allegations will cast a pall over the congregation.

"I'd say the majority of people are going to say, 'That was an unfortunate time and let's move on.'"

The diocese tightened its screening process for priests, employees and volunteers in 2005. Now, anyone working with children is subject to a criminal record check.

Jacobs was hired as a priest even though the diocese was aware of the Ohio allegations, something Gagnon said would not happen under the new standards.

Raymond Roussin, Victoria's bishop from 1999 to 2004, said two psychiatric assessments -- one conducted following his dismissal in Ohio and one by the B.C. Ministry of Children and Family Development -- indicated Jacobs wasn't a risk.

Roussin said the diocese had arranged for Jacobs to be monitored by two senior priests and two lay members of the church. Jacobs was also required to see a psychiatrist regularly and was not to be alone with individual children or small groups of youths. Removed from ministry in Ohio, priest charged with abuse in Canada

An Ohio priest whose alleged abuse of a teenage boy led to his removal from ministry in the Diocese of Columbus has been charged with sexual assault, sexual exploitation, and sexual interference in Canada, where he subsequently ministered.

Ordained in 1975, Father Phillip Jacobs ministered in parishes and taught philosophy at the Pontifical College Josephinum until 1993, when Bishop James Griffin removed him from ministry. Eventually, the diocese received ten credible abuse allegations against Father Phillips, according to the diocese’s current vice chancellor.

Father Jacobs was then permitted to minister in the western Canadian Diocese of Victoria. Two psychiatric evaluations-- one conducted by the British Columbia Ministry of Children and Family Development-- judged that the priest was not at risk of committing abuse again. “[Bishop Raymond] Roussin said the diocese had arranged for Jacobs to be monitored by two senior priests and two lay members of the church,” according to a local media report. “Jacobs was also required to see a psychiatrist regularly and was not to be alone with individual children or small groups of youths.”

“Numerous” persons have come forward alleging they were abused by Father Jacobs in Canada, according to a police spokesman. He resigned in 2002 after news of the allegations in Ohio became public in Canada. 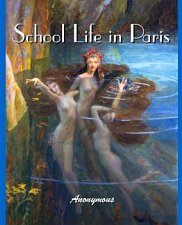 Main Article Page
Another day in Christian America... another Child is Raped by Christians
http://www.hiddenmysteries.net/newz/article.php/20100813131249510