Burning Korans and Teabaggers for Jesus

I’m not a big fan of symbolism, religious or political; the flag waving at the Olympics, hands held over hearts at ball games and auto races, fingers pointed at the sky or genuflection in the end zone strikes me as empty, meaningless, affected behavior. I prefer more tangible substance, facts and deeds over these public “going through the motions” displays of piety and patriotism. But that’s just me.


If I did care for symbolism this would be the week that I opted for the great symbolic slam dunk, the turducken of religious and nationalistic display. I would get a bunch of “holy books” all the usual stuff “the majors” and all the other “holy” tomes I could find and wrap them in an Israeli flag, then an Iraqi flag, followed by the flag of Iran and the US Stars and Stripes. I would tie the package up in a prayer rug of the kind advertised by late night TV evangelists in exchange for a “love offering” and set fire to the whole silly mess in the nearest place that allows bonfires, sit down, pop open a beer and call the media.

I’d likely become as famous as a rock star in 24 hours.


They call him “pastor,” they call him reverend, they say he is “godly,” a holy man, beloved of and by “god.” “They” as close as I can determine, are the approximately 50 people who are members of his Florida “church,” the Dove World Outreach Center… honest, that’s what they call it and it earns them a federal tax exemption. I’ve seen him.

I say he is a flimflam man, a snake oil salesman, just another name in the long and colorful saga of political and religious frauds who have stepped forward in our history when offered an opportunity to assist in emptying the wallets of the faithful of any party or persuasion.

The story of Terry Jones has been driven by a frenzy of “interest and concern” from the public after being woven into a quilt from scraps of whole cloth and mercilessly stirred by a media culture devoted to ratings and selling somebody’s soap flakes.

I suppose that this tempest was created and promoted because there was a temporary news vacuum, a hole in the air due to an absence of Lindsay Lohan or Paris Hilton news, a shortage of salacious stories about reality TV “stars,” complicated by a lack of recent celebrity deaths or scandalous drunken outrages by public figures.

Reverend, Pastor, His Holiness Terry “Dingbat” Jones stepped into that vacuum as this week’s entry in the continuous cycle of idiotic nonsense which serves to keep enough of us distracted from strangling the ruling class that the beat goes on and the money continues to roll in with no disruption to business as usual.

One problem with this story is that Terry Jones stepped into my life and I don’t want him there. I know that such people exist by the tens of thousands; I know they congregate with others of like mind and similar plumage, in organizations, clubs, churches, support groups think tanks and institutions for the protection of the insane. I know who he is.

At any given moment in time, in every place inhabited by humans there is a nincompoop or a circle of nincompoops cooking up some scheme to promote their nincompoopery or to celebrate it or fund its future pursuit, study or practice.

In the interest of full disclosure I have to say that I don’t give a big damn, nor a little one, about any “holy” book. I respect every one’s right to believe whatever wanton silliness their heart may desire, but I see no need to pretend that their beliefs are in any way “holy” or “beloved of god” whoever that is.

Every religion, and every sect, every cult, splinter group and disgruntled breakaway fraction of a church thinks that their beliefs and actions are supported by a god who loves them. They know this largely because they pray about it and god answers them in a voice that sounds strangely like their own and tells them exactly what they want to hear.

So to all the religions of the world and all the nincompoops, even those with press credentials, I say this: go away, shut up and leave me alone, and… Get off my porch, my dog sleeps there. 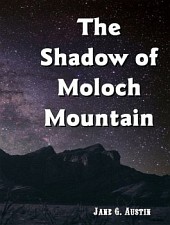