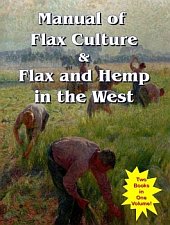 Sex and death lie at the poisoned heart of religion

Why invite the pope on a state visit – at a cost of millions in a time of cutbacks – when the vast majority are secular?


A dispute with BBC TV's religious slot, Sunday Morning Live: would I join a debate on the pope? As president of the British Humanist Association, I was glad to – but there was a problem. Discussion was divided into a first debate on whether Catholicism was over-obsessed with sex, but I was to join a second: is the Catholic church a force for good? How could you answer that without saying that sex lies at the poisoned heart of all that is wrong with just about every major faith?

Repression of sex, banning contraception, gay rights, abortion, stem-cell research and IVF treatment cause untold misery. Not to the "liberal" Catholics who proclaim for reform and use contraception themselves – as Cherie Blair so distastefully revealed – yet support a church whose denial of it damages and kills poor mothers with no choice. As Ben Goldacre pointed out in this paper on Saturday, while this pope claims condoms "aggravate the problem" of HIV/Aids, two million die a year. Ann Widdecombe's riposte that the Catholic church runs more Aids clinics than any single nation was like suggesting the Spanish Inquisition ran the best rehab clinics for torture victims.

Women's bodies are the common battleground, symbols of all religions' authority and identity. Cover them up with veil or burka, keep them from the altar, shave their heads, give them ritual baths, church them, make them walk a step behind, subject them to men's authority, keep priests celibately free of women, unclean and unworthy. Eve is the cause of all temptation in Abrahamic faiths. Only by suppressing women can priests and imams hold down the power of sex, the flesh and the devil. The Church of England is on the point of schism over gay priests, women bishops and African homophobia. The secular world looks on in utter perplexity.

Trying to deny the primal life force has led to centuries of persecution, suffering, secrecy and breathtaking hypocrisy. Wherever male cultural leaders hold absolute and unscrutinised power, women and children will be abused. In western secular life this has at last been recognised: in schools, prisons, care homes and within families, wherever the powerless are unseen and unheard, horrors will happen without checks and transparency. Abusers gravitate towards closed organisations, and absolute power turns people into abusers. But the Vatican still talks of a few bad apples requiring internal discipline, the pope refusing to hand rapists over to secular law. Imams, gurus, priests, all hold sway over the vulnerable. As secretive madrasas and new religious "free" schools multiply while officials nervously respect their cultural independence, expect more abuse as bad as the Belgian Catholic cases now emerging.

The other dominion the religions control is death. Were it not for the faiths with their grip on hospices and palliative care, the law on assisted dying would be reformed. Religious dominance in parliament scuppered the last bill that tried to give the dying the right to depart when they can suffer no more. A survey in the Journal of Medical Ethics found religious doctors far less likely to keep the dying deeply sedated if that risked hastening death, forcing people to linger in the agonising antechambers of death. Add up the millions of hours of human suffering the faiths inflict by their denial of choice over sex and death, and it far outweighs their Mother Teresa work.

The pontiff arrives after heavy lobbying by Gordon Brown, who was desperate to please Catholic voters. Instead the visit has subjected Pope Benedict's conservatism to intensely unfavourable scrutiny. On Friday he meets the Archbishop of Canterbury, who ought to send him off with a flea in his ear for trying to seduce over to Rome Church of England clergy opposed to women bishops. His beatification of Cardinal Newman for converting to Catholicism is an affront, along with his claim that Britain's Equalities Act "violates natural law" for banning discrimination against women and gays.

In a week when, on the wilder fringes, a Florida pastor's threat to burn 200 copies of the Qur'an risked igniting holy war among equally extreme battalions of Islamist fundamentalists, while hate-filled Christians try to stop the building of a Muslim centre in a New York that is remembering the jihadist attack victims, nobody needs reminding of the incendiary dangers of religion. But just when democracies should determinedly separate religion from state, the British state appeases, most alarmingly in new segregated schools. Why invite the pope on a "state" visit costing millions in a time of cutbacks? At most 12% of the population regularly practises any faith in the secular UK.

Where once secularism and humanism were relics of a bygone religious age, its voice is important again. But pointing out the blindingly obvious need to keep faiths in their private sphere has united religious gunfire against secularists. All atheists now tend to be called "militant", yet we seek to silence none, to burn no books, to stop no masses or Friday prayers, impose no laws, asking only free choice over sex and death. Religion deserves its say, but only proportional to its numbers. No privileges, no special protection against feeling offended.

The director of pastoral affairs in the Westminster diocese, Edmund Adamus, says Britain has become a "selfish hedonistic wasteland" of sex and secularism. He echoes the supreme arrogance of all the religious who claim there is no morality without God. Nonsense, but unlike the religious the godless claim no moral superiority. Wise humanists know that good and bad are pretty evenly distributed. Humanity has an innate moral sense, without threats of divine wrath and reward. Good and bad works are done by both the secular and the religious. But wherever the institutions of religion wield real power, they prove a force for cruelty and hypocrisy.

Atheists are good haters, they claim, but feeble compared with the religious sects. Atheists have dried-up souls, without spiritual or visionary transcendentalism. To which we say: the human imagination is all we need to hold in awe. Live in optimism without fear of judgment and death. There is enough purpose and meaning in life, love and leaving a good legacy. Oppose the danger of religious zealotry with the liberating belief that life on earth is precious because this here and now is all there is, and our destiny is in our own hands.