A religious group that organizes the annual National Prayer Breakfast in Washington and has been linked to an effort to sentence gay people to death in Uganda has been accused of taking money from an "alleged terrorist organization," the Washington Post reports.


ClergyVoice, a Christian activist group, has asked the IRS to review the tax-free status of the Fellowship Foundation over revelations in a recent terrorism trial that the group took two payments of $25,000 from the Islamic American Relief Agency in 2004.

That year, the agency was listed by Congress as a sponsor of terrorism. According to Politics Daily, the group began a quiet push to have its name cleared. It reportedly enlisted the help of House Rep. Mark Silijander (R-MI), who promised to help the group get off the blacklist.

This past summer, Silijander, described in news reports as a Christian fundamentalist, "pleaded guilty to serving as the charity's unregistered agent in meetings with lawmakers on Capitol Hill, and admitted lying to federal officers about his role," the Post reports.

"The indictment and guilty plea explain that the IARA wrote two $25,000 checks to cover Siljander’s costs but that in order to cloak the payments, the checks were made out to the International [Fellowship] Foundation, which cashed the checks and then paid the money to Siljander," Roll Call reports.

In its complaint to the IRS, ClergyVoice said court documents show only some $18,000 of the money was forwarded to Silijander, meaning that some $32,000 may have been used for the foundation's activities.

Among the lawmakers who have made use of the foundation's services are Sen. John Ensign (R-NV) and Sen. Tom Coburn (R-OK), who, according to the Post, have had foreign trips funded by the group.

The allegation “really kind of upsets me to be very honest about it,” Fellowship Foundation President Richard Carver told Roll Call. "Somebody is attempting to distort the truth substantially."

Carver said the Fellowship Foundation houses about 200 ministry projects, each of which is responsible for raising its own money. The foundation simply serves the function of gathering the donations and disbursing them, much the way other church groups manage the funds for their missionaries.

Carver provided an e-mail from the foundation’s accounting firm that said, “The accounting records indicate that 100% of the funds received from IARA were distributed to Mark Siljander in the form of wages and benefits.”

Carver was unable to provide the records to Roll Call.
The Fellowship Foundation has been linked to the C Street House (pictured above), a boarding house and meeting place for Christian conservative lawmakers in Washington. Last spring, ClergyVoice launched a separate complaint with the IRS having to do with the Fellowship Foundation, that time alleging that the C Street House was subsidizing housing for lawmakers who received room and board there.

The Fellowship Foundation has also been linked to an effort started in Uganda last year that would see HIV-positive gay persons sentenced to death. News reports indicate that the Ugandan authors and principal backers of that law are members of the Fellowship.

And it was reportedly at a Ugandan National Prayer Breakfast in 2008 that the law was first proposed. News reports suggest Sen. James Inhofe (R-OK), a member of the Fellowship, may have been present at that meeting.

The National Prayer Breakfast organized by the foundation has been an annual event in Washington since 1953, but it rose to new prominence during the administration of George W. Bush, who built a political identity around his Christian conservatism. 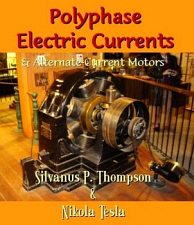