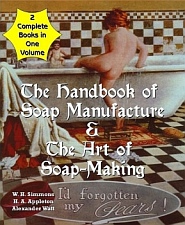 
The Family Research Council is perhaps the most prominent voice in conservative social politics and the hosts of an annual rite of passage for many Republicans who hope to run for president. And now, FRC is on the same Southern Poverty Law Center list of hate groups as the Ku Klux Klan.

The SPLC gave the Family Research Council the designation due to anti-gay speech from its leaders, which the SPLC says includes calls for gay men and lesbians to be imprisoned.

Labeling the Family Research Council a hate group puts one of Washington's most powerful social issues advocates into the company of groups like the Nation of Islam and the now mostly defunct Aryan Nations in the eyes of the SPLC, which tracks 932 active hate groups in the U.S.

Groups are labeled hate groups by the SPLC -- which made a name for itself by using civil lawsuits to severely weaken the KKK and other white supremacist groups -- when they "have beliefs or practices that attack or malign an entire class of people, typically for their immutable characteristics," according to the group's website.

For the Family Research Council, which hosts the annual Values Voter Summit in Washington -- an event which this year drew presidential hopefuls like Mitt Romney and Mike Huckabee -- the designation comes thanks to the group's standing at the forefront of opposition to gay marriage and open gay and lesbian service in the military.

The SPLC pointed to several other Sprigg comments when deciding to list the FRC as a hate group.
[TPM SLIDESHOW: Morals, Morals, Morals! Conservatives Gather For Values Voter Summit]

[I]n March 2008, Sprigg, responding to a question about uniting gay partners during the immigration process, said: "I would much prefer to export homosexuals from the United States than to import them." He later apologized, but then went on, last February, to tell MSNBC host Chris Matthews, "I think there would be a place for criminal sanctions on homosexual behavior." "So we should outlaw gay behavior?" Matthews asked. "Yes," Sprigg replied.The Family Research Council did not respond to TPM's repeated requests for comment on the SPLC designation.

SPLC Research Director Heidi Beirich told me the FRC is part of a growing list of what the SPLC calls anti-gay groups masking themselves under the guise of conservatism or Christianity.

"What this really is is a wholesale defamation attack on gays and lesbians," Beirich said. "Some of the stuff is just as crude if you compare it to, say, the Klan's racism. But a lot of it's a little more sophisticated and they try to make it more scientific even though what they're pushing are falsehoods."

Negotiating the more extreme end of the conservative political spectrum has often been a balancing act for Republican politicians with national ambitions. The more unsavory rhetoric found at tea party rallies, for example, is a problem that most have chalked up to a few extremists, allowing Republicans to embrace the movement without necessarily endorsing the whole "Obama is a Kenyan usurper" thing.

The SPLC designation of the Family Research Council as an anti-gay hate group potentially poses more of a challenge for Republicans. Though many conservatives view the SPLC as a progressive group and therefore no more worthy of respect than, say, ACORN, the SPLC hate group label will almost undoubtedly make it into press reports about future events like the Values Voter Summit. That means Republican presidential hopefuls who may want to reach out to gay and lesbian Republican groups like the Log Cabin Republicans and GOProud -- which can be good sources of fundraising as well as "I'm not anti-gay" cred on the campaign trail -- may have to explain why they publicly praised and rushed to address a group that SPLC is calling one of the worst perpetrators of ugly myths about gays.

As Beirich told me, there is no difference between the FRC and the KKK in the eyes of the SPLC now. Still, she said that the hate group designation doesn't mean the SPLC thinks everyone who supports the FRC "has a full understanding of what they're up to." Many who support the FRC may do so because of the group's very public ties to evangelical Christianity, and Beirich stressed that the SPLC designation has nothing to do with an "attack on the churchly world."

I asked her if a Republican choosing to address the FRC convention next year would be making the same choice as one who addressed an Aryan Nation rally.

"Yeah," she told me. "What we're saying is these [anti-gay] groups perpetrate hate -- just like those [racist] organizations do." 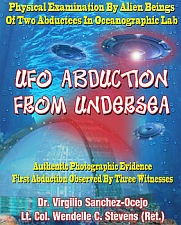