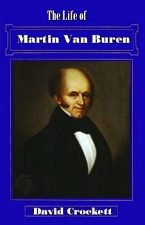 A new report prepared by the Moscow Patriarchate says that the announcement today by John Huntsman Jr. who is the current United States Ambassador to China, that he is considering running for the Republican Presidential nomination for the 2012 election shows the strong likelihood that the ‘White Horse Prophecy’ is coming true for America.


The “White Horse Prophecy” refers to a prediction made by Joseph Smith Jr. (1808-1844) [pictured top left] who was the founder of The Church of Jesus Christ of Latter Day Saints (LDS) [aka as the Mormon religion], and was reported to have said that a time would come when the US Constitution would be hanging by a thread and a church elder from Zion [Mormon Church] will ride in on a metaphorical white horse and save it.

The Encyclopedia of Mormonism further states about the White Horse Prophecy:

“LDS attachment to the Constitution has been further encouraged by an important oral tradition deriving from a statement attributed to Joseph Smith, according to which the Constitution would "hang by a thread" and be rescued, if at all, only with the help of the Saints.

Church President John Taylor seemed to go further when he prophesied, "When the people shall have torn to shreds the Constitution of the United States the Elders of Israel will be found holding it up to the nations of the earth and proclaiming liberty and equal rights to all men".

To defend the principles of the Constitution under circumstances where the "iniquity," or moral decay, of the people has torn it to shreds might well require wisdom at least equal to that of the men raised up to found it. In particular, it would require great insight into the relationship between freedom and virtue in a political embodiment of moral agency.”

During the late 1820s Joseph Smith Jr. became the leader of a small group of followers who believed that an angel had given him a book of golden plates containing a religious history of ancient American peoples.

Smith said he had translated the writing on the plates from an unknown language into English; and in 1830, he published the translation as “The Book of Mormon, Another Testament of Jesus Christ” and organized what he said was a restoration of the early Christian church.

Since its beginnings in the 1830s the Mormon Church has grown to over 13 million members, with over 51,000 missionaries, and whose religious materials are printed in 166 different languages.

Most important of those members, however, and as this report states, are Ambassador Huntsman and fellow Republican Party member, Willard Mitt Romney [photo bottom left], both of whom can now be considered as “front runners” able to challenge and beat President Obama for the Presidency of the United States in 2012.

Huntsman’s father, John Huntsman Sr., is widely recognized as one of America’s foremost concerned citizens and philanthropists. His lifetime humanitarian giving, including contributions to the homeless, the ill and the under-privileged said exceeds $1.2 billion.

With a combined Romney-Huntsman 2012 Presidential ticket said “all but certain” in this report, the ascendancy of the Mormon Church to the pinnacle of US power, where two of its top elders would become the President and Vice-President, can be viewed as nothing less than astonishing.

Independent analysis by American investing gurus regarding Romney further support this reports conclusions, and as we can read:

“Now that the 2010 congressional mid-term elections are over, investors are naturally turning their head to the next big contest on the political horizon: Who will win the White House in 2012? While it’s obviously too early to make a serious prediction, a confluence of political and economic factors show why the President could face a tough challenge from former Massachusetts Governor Mitt Romney.

Because Republicans have a tradition of nominating a candidate who fought well and hard but ultimately fell short during a previous bid and threw in the towel in time to credibly support the party’s nominee.

Ronald Reagan, John McCain and the first President Bush all followed this pattern. (Of course in Bush’s case this path also included intervening service as Reagan’s Vice President.) Romney rigorously sustained his 2008 campaign through the “Super Tuesday” primaries, ultimately winning 11 states and 280 delegates, and spending $45 million of his own money, but preserved party cohesion when he withdrew from the race on February 7, 2008 and turned his support to Sen. John McCain.”

Important to note are that past polls show Obama and Romney in a statistical “dead heat”, but which with the addition of Huntsman, who is able to prove his bipartisanship by his giving up his Governor’s office to become Obama’s Ambassador to China, will make them all but unbeatable for an American public who will still be suffering under the weight of their Nations greatest economic collapse in history.

Perhaps most interesting to note about the ascendancy of Romney and Huntsman are that they are said to have been preceded by one of their fellow Mormon’s who just happens to be one of America’s most powerful conservative media personalities named Glenn Beck, and who, according to the influential Huffington Post, “sent a coded message” that the time of “White Horse Prophecy” was soon to be upon them all, and as we can read:

“In one of his first appearances on Fox News, Glenn Beck sent a coded message to the nation's six million Mormons -- or at least those Mormons who believe in what the Latter-day Saints call "the White Horse Prophecy."

The Constitution is hanging by a thread.

Most Americans would have heard this as just another bit of overblown commentary and thought nothing more of it. But to those familiar with the White Horse Prophecy, it was an unmistakable signal.

The phrase is often attributed to the Prophet Joseph Smith, founder of the Church of Jesus Christ of Latter-day Saints, or Mormon Church. Smith is believed to have said in 1840 that when the Constitution hangs by a thread, elders of the Mormon Church will step in -- on the proverbial white horse -- to save the country.

"When the Constitution of the United States hangs, as it were, upon a single thread, they will have to call for the 'Mormon' Elders to save it from utter destruction; and they will step forth and do it," Brigham Young, Smith's successor as head of the church, wrote in 1855.”

To the danger of the United States Constitution being overthrown there, sadly, remains no further doubt as the left-wing forces in America supporting Obama are now saying it is essentially a worthless document, and as we had warned about in our previous report “US Descends Into Total Police State As 2012 ‘Solar Chaos’ Fears Grow” wherein we stated:

“Even worse is the shocking news that one of the top reporters of the Washington Post (one of the major mainstream newspapers in the US), named Ezra Klein, stated on the MSNBC television news network this past week that the United States Constitution “has no binding power on anything” and is “confusing because it was written more than 100 years ago”.

To how the United States would look with the fulfillment of the “White Horse Prophecy” can only be speculated upon, but with the Mormon’s all adhering their Church’s edict to have a years worth stored food and essentials, and their putting family values and morality above all else, one can certainly see the potential for good that may come about.

© January 2, 2011 EU and US all rights reserved. Permission to use this report in its entirety is granted under the condition it is linked back to its original source at WhatDoesItMean.Com. 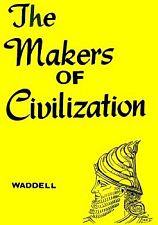