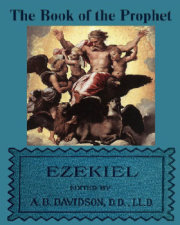 Why Palin's Christian Fortress Must be the 'Greatest Country Ever'

If a little knowledge is dangerous, a little uninformed faith is downright treacherous.


If a little knowledge is dangerous, a little uninformed faith is downright treacherous. Need we report this self-evident truth: reason cannot determine whether Jesus was divine, or the messiah, let alone could save even fervent believers from original sin? Less controversial, and open to evidence, is how dramatically Jesus' hijacked Birthday Bash has saved commerce, if not capitalism. Religion is no longer a healthy check on business but its salve.

For the record, this year I harkened to "herald angels" at Grace Cathedral -- and stayed until the end of the Christmas Eve service. Yet returning to Nob Hill's affluent streets I swore I could hear echoes of Tom Lehrer's catchy refrain, "Angels we have heard on high, Tell us to go out and buy!" The Prince of Peace is now not only co-opted by evangelicals as the new warrior Prince (who should dictate) Politics, but a Prince of Profits, too, fishing for soulful high returns.

On the political front, I waited in vain for one holier-than-thou, brandnew House member to summon the Christmas spirit, or the greatest Republican president, himself a latter-day martyr by repledging "malice towards none" and "charity towards all." If in fact America is some besieged Christian command station, as voiced by slick message-terrorists like Sarah Palin, why are there no offsetting voices sounding Jesus' real, quintessential, singular message: "love thy enemy"?
GOP Humbug on Charity

A bad moon is rising when in advance fresh GOP insurgents promise malice towards many -- science, unions, poor, and middle class while hand-feeding charity to fat cats. Beware Rep. Darrell Issa, who pre-empts his own inquisitions by censuring the Obama's administration as "one of the most corrupt." Faith alone is so efficient: indictment equals conviction so why not just hang the suckers?

Driving this curious Christian do-gooding is one over-arching ideological mindset that links the militant Christian right, spanning evangelical, fundamentalist, charismatic, Christian Reconstruction, and Dominion theologies. However diverse, prayer warriors come together when preaching society must "be governed exclusively by the law of God as codified in the Bible, to the exclusion of secular law" (Wikipedia).

That bit of understatement fixes the greatest threats to American and world security within our very gates -- and chambers. If rightwing Christians hold together without getting refudiated, brace for messianic glaciers crushing all that Bush-Cheney missed. Backed by our most cohesive electoral constituency, perhaps 20%, this crusade dwarfs in immediacy climate change and overpopulation: new political oppressions are only as far off as 2012 if Republicans sweep.

That makes my #1 Resolution for 2011 not just battling dinosaur Republicans (the symptom) but the underlying disease -- that America is not only a Christian nation, but THE fortress Christian nation, so endowed with such "exceptionalism" no force on earth dares intercede. Compared to rightwing dreams of systemic change, all of Obama's "audacity of change" agenda is a mere rock skipping over water: and much of the advanced prep work for theocratic dominance needs no Congressional funding.

After all, if God hadn't intended an Epoch Americana, why grant us firepower greater than all other foes together. If earthy agents -- chosen and elect, but not elected -- don't run God's Dominion, what happens to the rediscovered ruling philosophy: government by the divine right of kings? Ominously, and notably, no organized, public, adult offset battles this growing alliance between the Religious Wingnut Party and the dominant Money Party.

Thus, any third-string, court-appointed pipsqueak president can smirk us into serial wars, without objection, like any Biblical warlord. Declaring himself a born-again Christian, and Jesus his favorite "philosopher," inhibited neither W.'s brutality (torture and all), nor shame about playing dress-up fighter pilot. Yet an ever greater, more painful irony is W. was just the crassest of the warmongers -- when has this self-proclaimed "beacon on the hill" meet a war we didn't embrace, our addiction to fighting as regular as any religious festivity? Certainly, Bush-Cheney banked on knee-jerk, ultra-rightwing cheerleading for, if Jews don't keep control of Israel, the whole "messiah returns to finish" Rapture scenario is up in the air.

I wager 4/5s of the 43% of Americans not confirming President Obama's citizenship are God-fearing congregants more confident about being heaven-bound than Obama being born in Hawaii. Ditto, the huge majority who willfully distort the Civil War as "the War of Northern Aggression," the honor of states rights, forget slavery. Imagine what huge percentage of Sunday churchgoers (90%?) accept Palin's comic self-delusion George Washington and all those "evangelical" Founders didn't really (mean to) separate church from state. Words matter, though not for extremists deciding the end trumps any means; after all, prophecy and propaganda are interchangeable, and both corrupt history as nothing more than a liberal hoax.

The bottom line: for believers, all of world history is God-driven, like life, without randomness or ambiguity. Who cares if the planet is 6000 or 6 billion years old, this divine chain rules: 1) Creation established Man (literally men) to lord over the Earth; 2) Original Sin ended Paradise but produced more divine grace with the redemption paid by Jesus, leading to 3) a crusading Universal Church eventually beset with Sins of Vanity so God inspired the Protestant Reformation. Thus, good Christians had to defy not just the corrupt, typically tyrant-friendly established churches (Catholic, Anglo-Catholic, whatever) but cross over, like Jordan, from the Old World to the New American Eden. Getting the drift?

Though this paradise was infected by savage heathens, a few centuries of brutal invasions led of course by pious priests and conquistadors, plus disease, cleared the American real estate. In rushed Pro-test-ants to repopulate, leading to W.A.S.P. dominance, with wandering ne'er-do-wells finishing the job by obeying manifest destiny. By 1945, a double dose of nasty world wars decimated world competition, and America the super-power emerged intact and ready to roll. Meanwhile, the new Jewish state could keep Muslim infidels at bay, which pleased all Biblical literalists as this step presaged the Rapture.

Can any true believer miss the overall logic and progress here, even if it's concocted all after the fact and oblivious to complexity, let alone our natural endowments and geographic immunity from overseas conflagrations? Or was that in the scheme, too? Except for one sneaky Kenyan black guy (a one-termer, for sure), American history celebrates triumphant white, mainly male, Protestant mastery (okay, with one Catholic).

What unnerves me isn't the plausibility or the complacent self-righteousness but the absolute certitude of this over-determined, faith-based reading -- the unquestioned assumption history is never random but inevitable, providential, God's plan. What is deemed "good" fits this model -- "evil," reduced to a cartoon, is that which disrupts. That's why evolution is anathema to fundamentalists -- random mutation, smacks of the devil, not orderly, divine wisdom. Thus, it's inconceivable, if not sinful, to imagine this "image of God" as just a matter of molecular razzle-dazzle. But if chance rules, whence cometh Christian souls, on the way to Heaven, lot alone a chosen, empowered elect?

The solution? Is there any option, for our general "salvation," but direct battering of the deluded mindset that proclaims America as Blessed and Infallible? We need secular thinktanks to contradict any theory of history that grants humanity, especially for the "leap of faith alone" crew, knowledge of ultimate reality. For that presumption endorses, albeit offstage, permission for us to commit incredibly inhumane acts against perceived threats, repeatedly. That means the ultimate "culture war" isn't about displaying the Ten Commandments, indisputably showing their age, or abortion, gay marriage, evolution or climate change. It's about a medieval, overly symbolic worldview that commits a double crime, distorting reality to justify a simplistic faith, rather than honoring faith to inform mysteries beyond reason.

Second, I know no better corrective to defend rational, democratic, secular government, nor ward off theocracies than our Founding documents. If our culture is held in thrall by wishful thinking, infantile voodoo or fables, or unconscious projections, we will lose freedoms to those moralistic, backward-looking finger-waggers, crying, "Sinners, Repent or Perish, God is Love and the Apocalypse Looms."

For our collective new year's blessing, I offer up this tested blueprint for human progress, ripe with life-affirming, freedom-loving assumptions and values, to wit:

We hold these truths to be self-evident, that all men are created equal, that they are endowed by their Creator with certain unalienable rights, that among these are life, liberty and the pursuit of happiness. That to secure these rights, governments are instituted among men, deriving their just powers from the consent of the governed. That whenever any form of government becomes destructive to these ends, it is the right of the people to alter or to abolish it, and to institute new government, laying its foundation on such principles and organizing its powers in such form, as to them shall seem most likely to effect their safety and happiness. 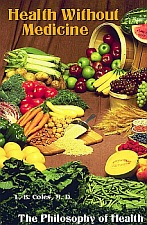