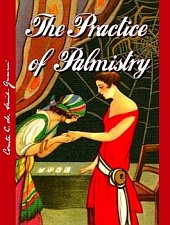 He Fleeced the Flocks with Homophobic Scares and Lies,

Now that he's been caught and outted as GAY,
He is ready to shear and fleece the Gay flocks.....
Oh but for the Lord! (my ass)

(he should be behind bars for hate crimes!)


In a new GQ profile, Rev. Ted Haggard addresses the continued assumptions that he's gay, following revelations years ago that the prominent evangelical had a drug-fueled sexual relationship with a gay male former escort: "I think that probably, if I were 21 in this society, I would identify myself as a bisexual."

But, he told GQ's Kevin Roose: "I'm 54, with children, with a belief system, and I can have enforced boundaries in my life. Just like you're a heterosexual but you don't have sex with every woman that you're attracted to, so I can be who I am and exclusively have sex with my wife and be perfectly satisfied."

The profile provides a few other tidbits about Haggard, who resigned from the New Life Church and from his position as president of the National Association of Evangelicals after he admitted to the affair with his male meth dealer, who was also a prostitute.

When Haggard resigned, Roose reports, he signed a separation agreement, drafted by a board of overseers appointed by the church, which "required him to cut off all contact with members of the church, stay away from the media, perform no ministry-related work, and move his family out of Colorado." Haggard says he now finds the agreement "excessively harsh," and still has a score of bitterness toward the megachurch he founded, referring to it as the "old Soviet Union": "I used to think the church was the light of the world. But I've completely lost my faith in it."

"You've got to understand, Kevin, people are, at their cores, hateful," he told Roose. "I don't want to believe that, but the facts have prevailed over my idealism."

About former meth dealer and escort Mike Jones, Haggard says: "We never had sex sex. I bought drugs and a massage from him, and he masturbated me at the end of it. That's it."

But there have been other allegations of misconduct:

Two years ago, a New Life volunteer named Grant Haas revealed that Ted had masturbated in front of him and offered him drugs on a church trip in 2006, when he was 22, and that New Life subsequently paid him $179,000 to keep quiet. New Life later confirmed having paid Haas but insisted that it wasn't meant as hush money. (Ted denies the drug offer but admits that he masturbated in the room they shared. "I thought he was asleep," he says.)Haggard said in response: "And that's exactly why I haven't done youth programs at St. James," he said, referring to the new church he recently founded, "because here I was trying to help these guys, and now I've got people calling me a pedophile."

Back in June, Haggard gave a press conference with his family outside his Colorado Springs home, and announced that he was moving on and founding a new church, called St. James, which he said will welcome everyone, "gay, straight, bi, tall, short, whether you're an addict, a recovering addict, or you have an addict in your family." But, he added, no gay marriages will be performed at this new church.

Earlier this month he starred in a TLC special, showing him setting up the church: "Showing the world the new chapter of our lives will hopefully inspire others to find their own path to overcome their struggles and embrace the power of acceptance."