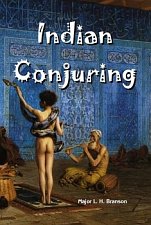 Christianity: a faith for the simple-minded

Christianity's founding ideals are anti-elitist – so should we be surprised if its followers are less educated than average?


In The God Delusion Richard Dawkins makes great play of the fact that so few "elite" scientists apparently believe in God. A more recent US study, by sociologist Elaine Howard Ecklund, surveying 1,700 scientists and speaking to 275 of them, found that "nearly 50% of elite scientists [in the US] are religious in the traditional sense and over 20% … though eschewing religion, still see themselves as spiritual".


Ecklund's study aims to correct the idea that scientists are overwhelmingly atheistic, although it refuses to shy away from the overwhelmingly atheistic feelings of some, such as physicist Arik who "proudly" told Ecklund that his children "have been thoroughly and successfully indoctrinated to believe as I do that belief in God is a form of mental weakness".


Should we read anything into this? One over-hasty conclusion, a good example of what Sir Sir Humphrey Appleby called "minister's logic", is that it hammers another nail into God's coffin. Thus: 1) Elite scientists know more about the way the world works than other people. 2) A disproportionate number of elite scientists don't believe in God. 3) Therefore God (probably) doesn't exist.


What is interesting about this argument is not so much the questionable inference, as the questionable first premise. Our conviction that scientists, elite or otherwise, are somehow better qualified to discern the nature of reality is dubious. Elite scientists undoubtedly know vastly more about their subject than other people. But to imagine that that makes them somehow better qualified to adjudicate on big-picture questions is like saying because I know my home town like the back of my hand, I am well-equipped to lecture on European geography.


Beyond the fray of who believes what and whether it means anything, there is a wider and perhaps more interesting question of whether we should expect any correlation at all between a/theism and intelligence. If all intelligent people clustered at one end of the a/theistic pole, that would be highly suggestive.


But they don't. John Carey observed in the introduction to his Faber Book of Science that "when a scientist of James Clerk Maxwell's eminence uses molecular structure as an argument for the existence of God, few will feel qualified to laugh", before going on to remark, "of course, atheistical scientists are plentiful too". In as far as there is a correlation between a/theism and intelligence, it is far subtler than that.


Odd as it may be to admit, there is some reason within the Christian tradition to think that Christian believers should, on average, be less intelligent, or at least less well-educated, than their opponents. Before atheists get too exited by this, it isn't an admission that Christians are naturally stupid, though no doubt some will choose to read it that way.


Rather it is the recognition that there is a long-standing theme within Christian thought that sees the Christian message as having a particular appeal to the underclass, not only those socially and politically alienated, but also those the intellectually and educationally excluded.


Christ often remarked with particular relish, and disappointment, on the inability of the educated elite of his time to get what he was about. There is a distinct anti-elitist strand in his teaching, which reaches a peculiar, parenthetical climax half way through Luke's gospel when the evangelist observes: "At that time Jesus, full of joy through the Holy Spirit, said, 'I praise you, Father, Lord of heaven and earth, because you have hidden these things from the wise and learned, and revealed them to little children'." It was a theme that St Paul took up with enthusiasm: "God chose the foolish things of the world to shame the wise … the weak things of the world to shame the strong."


It was thus a fundamental tenet of Christianity that not only was the gospel for all, no matter how they were disenfranchised, but that it had a particular simplicity to it. It was this idea that led 17th-century radicals to assert, against their educated peers, that although learning was useful to lawyers and gentlemen, the pulpit was better suited to uneducated persons as they were more open to the Spirit's teaching. It was this idea that inspired early Chartists to seize upon the Bible as their justification. "What is [the Sermon on the Mount] but a manual of Chartism – a manual for Chartists?" asked the Northern Star rhetorically in 1842.


Nor was this simply a self-serving attitude, peddled by the ill-educated because they had most to gain from it. It was this idea that drove the exceptional linguist and Oxford scholar William Tyndale to risk and eventually lose his life so the ploughboy might read the Bible in his own language. It was this idea that inspired John Locke's doctrine of equality, which he justified not only by the creation stories of Genesis 1-3 but also by the accessibility of the gospel itself.


Christianity, he observed in The Reasonableness of Christianity, "is a religion suited to vulgar capacities". Both Christ and St Paul implied, sometimes none too subtly, that the philosophically sophisticated were "shut out from the simplicity of the gospel; to make way for those poor, ignorant, [and] illiterate". Given the long track record of this idea – that the gospel was simple because it had to appeal to the simple – it should not perhaps surprise us if the Christian community were indeed, en masse, a little less intelligent than the national average. Indeed, if Christianity is true to its founding ideals, that is precisely what we should expect. 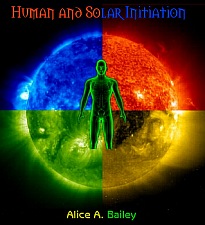 Main Article Page
Christianity: a faith for the simple-minded
http://www.hiddenmysteries.net/newz/article.php/20110201224913693