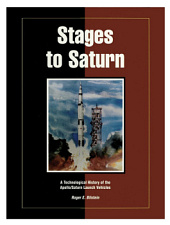 A Massive Wealth Transfer to the Wealthy

If once [the people] become inattentive to the public affairs, you and I, and Congress and Assemblies, Judges and Governors, shall all become wolves. It seems to be the law of our general nature, in spite of individual exceptions.
– Thomas Jefferson (1743-1826), 3rd US President If the American people ever allow private banks to control the issuance of their currency, first by inflation and then by deflation, the banks and corporations that will grow up around them will deprive the people of all their property until their children will wake up homeless on the continent their fathers conquered.
– Thomas Jefferson

When plunder becomes a way of life for a group of men living together in society, they create for themselves, in the course of time, a legal system that authorizes it and a moral code that glorifies it.
Frederic Bastiat (1801-1850), French economist

Let us begin with some macroeconomic indicators of reference.

In October 2010, the world value of total production (all Gross Domestic Products or GDPs) was estimated to be $61.96 trillion U.S. dollars at current nominal prices. The U.S.GDP was estimated at $16.11 trillion or 26 % of world GDP.

The two largest financial markets in terms of trading values are the global foreign exchange market (all currency markets) that has an average daily turnover in global foreign exchange transactions of about $4 trillion per day, and the privately-traded and mostly unregulated world derivatives market (all the derivatives markets) whose total world outstanding contracts has been estimated by the Bank for International Settlements in Switzerland to have a notional or face value of about $791 trillion in 2010.

In terms of real wealth, however, the two most important financial markets are the world bond market and the world stock market. In 2009, for example, the global bond market had an outstanding value of $US 91 trillion, with the U.S. bond market, at a value of $US 35.5 trillion, being the largest domestic bond market. In mid-2010, the global equity market capitalization on regulated exchanges was estimated at $US 54.9 trillion, with the U.S. stock market having a value of some $US 19.8 trillion.

With such a large amount of financial assets, it is understandable that shifts in prices and interest rates have important effects on each market. If long-term interest rates go up, the nominal value of bonds goes down, and conversely, when interest rates decline, bond prices go up. As for stocks, many factors, such as company earnings, future profit prospects and inflation expectations, as well as political and taxation considerations, can influence their value. However, in general, they tend to fare better when short-term interest rates are low rather than high.

And how does the Fed’s monetary policy fit into such an environment of oncoming inflation, and what should the Fed do?

Last November 3rd, the day after the 2010 mid-term elections, the Bernanke Fed announced that it will be embarking on a second round of quantitative easing (QE2), a fancy word for printing new money in exchange for government bonds—in other words, monetizing the public debt. It seems that Chairman Bernanke and the Fed board felt that months of lending to the large American banks trillions of dollars at close to zero interest rate, while paying them 0.25 percent to keep their excess reserves on its books, was not enough. They announced that the Fed would buy $600 billion-worth of additional Treasury bonds until June 2011, while reinvesting some $300 billion of principal payments from its portfolio holdings of mortgage-backed securities.

In doing so, the Fed professed to follow two somewhat interrelated objectives: 1) to lower long-term real interest rates in order to stimulate economic activity and create employment; and 2) to simultaneously raise inflation expectations in order to avoid the effect of deflation on the U.S. debt-leveraged economy. It should be remembered that from 1913 to 1977, the Fed had only one objective to pursue, i.e. price stability. Currently, however, the Fed has officially a double mandate. As a matter of fact, since 1977, the amended Federal Reserve Act of 1913 stipulates that the U.S. central bank should set its monetary policy in order to promote employment while maintaining price stability. It says that the Fed should promote “maximum employment, stable prices, and moderate long-term interest rates.”

Of course, a central bank in a fiat currency system can always create inflation through monetary policy and its printing press, but, in a market economy, it has little direct influence on job creation and on long-term interest rates. Employment depends on investments, innovation and market opportunities at home and abroad, while long-term interest rates depend on the amount of savings available, on investment demand and on long-term inflation expectations, all factors that are more or less out of the reach of a central bank. It is easy to delude oneself into thinking otherwise, but that’s the reality.

What the Fed can do with certainty, however, is to create inflation by expanding the monetary base and the money supply; it can also reign in inflation by draining liquidity from the system. If it goes overboard one way or the other, it can also create asset price bubbles by maintaining its managed short-run interest rates too low for too long, or it can create a credit crunch by putting the brakes too hard on credit creation, usually in a haste to correct its previous mistake.

These short-term gyrations in monetary policy are very destabilizing to the real economy, sometimes creating a temporary boom; sometimes precipitating an economic downturn. They are also accompanied by massive shifts of wealth between creditors and debtors.

In the first instance, when the Fed (or any central bank for that matter) creates too much money by buying financial assets and writing checks on itself, inflation and inflation expectations ensue. This pushes short-term interest rates down and long-term interest rates up (a steepening of the yield curve) and the price of long bonds goes down, with the effect of imposing an inflation tax on all the holders of fiat dollars. This inflation tax results in a transfer of wealth between unsuspecting dollar holders and bond holders who see the real value of their holdings go down, while net debtors and stock owners see their real debt load being reduced by inflation and the value of most shares in the stock market going up.

In the second instance, the reverse can happen if the economy is starved of liquidity: the yield curve inverts with short-run interest rates moving way up as compared to long-term interest rates. A stock market crash and an economic recession generally follow.

That’s pretty much what the Fed has been doing over its nearly 100 years of existence, keeping short-run interest rates too low for too long, creating unsustainable asset bubbles, and then applying the monetary brakes to kill inflation expectations that it has created on its own. Sometimes, the Fed has maintained price stability and the value of the U.S. dollar; but at other times, it has willingly acted to destroy the purchasing power of the dollar by printing too much of it.

As a general principle, if inflation expectations increase faster than nominal long-term interest rates, real interest rates, i.e. the real cost of capital for investors and home buyers, would decline and this would, hopefully, stimulate economic activity and employment.

Unfortunately for the Fed, its Nov. 3rd announcement translated into an important loss of confidence in its ability to design and pursue an appropriate monetary policy and was immediately decried by other central banks and by America’s biggest creditor, China, as a blatant attempt to generate and export inflation. Bond prices began immediately to fall and bond yields to rise. It seems that bondholders began selling longer-term Treasuries at a faster rate than the Fed could buy them.

Chairman Ben Bernanke and his board seem to have forgotten that the United States is now a debtor nation, not a creditor nation. A creditor nation could get away with an outspoken policy of creating inflation—but not a debtor nation. In 2010 alone, the U.S. registered another half a trillion-dollar trade deficit with the rest of the world. This has to be financed, and it is done with foreign borrowings. To a large extent, foreign creditors now decide the final outcome of American monetary policy.

Obviously, the Fed’s ultra loose monetary policy has backfired. Its intended policy of printing money in excess of what the economy demands has resulted in raising real long-term interest rates, not lowering them. Indeed, with long-term nominal rates on the rise while inflation will take many months to surface, the immediate effect of the Fed’s November announcement was to raise real long-term Treasury rates, not to lower them. Mortgage rates are also on the rise, threatening to postpone the long anticipated recovery in the housing market.

It is certainly possible that we are entering a period when the already observed rise in real interest rates can derail the stock market rally that has been in force since early March 2009. Later on, however, a slowdown in the economy coupled with fiscal compressions can be expected to push long-term rates down again. Such a roller-coaster path for interest rates is not very helpful.

The current Fed board seems to believe that the Fed is more than a central bank, that it is a sort of a government unto itself that can both control monetary conditions and solve the structural problems in the real economy at the same time, irrespective of what the rest of the world thinks. This would seem to be most unrealistic. Perhaps a dose of humility would be salutary at this time, before irreparable damage is done. 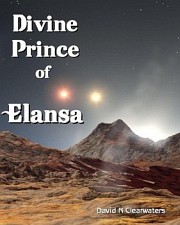