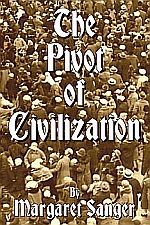 You Can Survive The Coming Economic Nightmare

One Family In California Grows 6,000 Pounds Of Produce On Just 1/10th Of An Acre

If you work hard and get prepared, you can survive the economic nightmare that is coming. All over the United States and around the world there are millions of people that are learning how to become more self-sufficient. For example, there is one family that is actually producing 6000 pounds of produce on just 1/10th of an acre right in the middle of Pasadena, California.

In fact, they grow so much food that they are able to sell much of it to restaurants in the area. Video of this incredible "urban homestead" is posted below. The key is to start with what you have. The family in the video below would like to have a large acreage, but for now they have turned what they do have into an absolute miracle. Yes, a horrific economic nightmare is coming to this country, but you don't have to be afraid. One of the main reasons why so many of us are trying to warn people about what is coming is so that they will wake up and take massive action to become self-sufficient like the people in the video below have.

26.4% food inflation is something that is very, very serious - especially in those areas of the world where millions are already teetering on the brink of starvation.

As I have written about previously, the world is on the verge of a major food crisis. The price of corn has increased by 33 percent just since December, and according to the U.S. Department of Agriculture, U.S. corn reserves will drop to a 15 year low by the end of 2011. Many other agricultural commodities are also in short supply and are experiencing significant increases in price.

So now is a great time to try to become more self-sufficient.

After all, do you really want to eat the garbage they sell you in the stores anyway? Today, virtually all corn and virtually all soy has been genetically-modified, and more "frankenfoods" are being approved by the government all the time.

But it isn't just genetic modification that we need to be concerned about. The reality of the situation is that most of the food that we buy is complete and total garbage. The next time you go to the grocery store just take a few moments and read some of the labels of the products that you are buying. The truth is that our foods are absolutely loaded with chemicals, poisons and toxins.

Those that learn to grow their own food will end up a lot more healthy in the long run.

But food is not the only area where we should be striving for self-sufficiency. Water is being called "the oil of the 21st century" and already some very significant shortages are being reported in many areas of the United States.

In fact, some cities have already started to turn toilet water into tap water. Fortunately this is not a widespread thing in the United States yet, but a number of localities are now seriously considering going to such a system.

Would you want to drink your own recycled toilet water in the future?

If not, perhaps now would be a great time to learn how to become more self-sufficient when it comes to water.

Even now, most localities are dumping massive amounts of fluoride and other toxic chemicals into our drinking water. The tap water in most cities is so absolutely disgusting that it is a wonder that anyone is still willing to drink it.

That is what one family in Pasadena, California is doing. As mentioned above, they are producing a whopping 6,000 pounds of produce each year on just 1/10th of an acre....

Isn't what that family is doing absolutely amazing?

Well, you can do it too.

For most Americans, the coming financial apocalypse is going to absolutely blindside them.

But that does not have to happen to you. You know what is coming. You have time to get prepared.

As I have written about previously, there are many other ways that you can start becoming more self-sufficient.

If you are currently dependent on a job, you can start developing alternate sources of income on the side.

If you are enslaved to the banks, you can reduce your expenses and start paying down debt.

If you have never had any self-defense training, now is a great time to get started.

There are hundreds of practical ways that you can begin preparing for the coming economic nightmare right now. Just putting up some solar panels or starting a "victory garden" would be a great first step for many people.

The key is to stop fretting about things so much and to start taking action.

We have now entered a time in human history that is going to be extremely unstable, but that doesn't mean that we have to live in fear.

If you are new to all this and have no idea how to start becoming more self-sufficient, there are a lot of great websites out there that can help you out. Some of the most popular ones are Prepper.Org, American Preppers Network and The Suburban Prepper.

But it doesn't have to be complicated. Just start to take action. Your family is going to need food, water, energy and shelter when the economy collapses. Begin preparing now so that you will have those things when you need them. 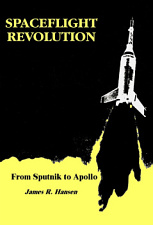