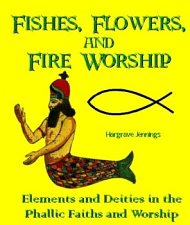 The earthquake in Japan and the problems at the local nuclear power plant have resonated in Austria located very far from Japan. The government of this country is launching a political campaign whose goal is the shutdown of nuclear power stations across Europe.


Nikolaus Berlakovich, Minister of Environment of Austria, was greatly affected by the disaster at the Japanese nuclear power plants "Fukushima-1" and "Fukushima-2." A significant excess of the permissible level of radiation was observed at these plants. The politician has made a proposal to his EU colleagues to conduct urgent tests at the European nuclear power plants to determine their reliability in case of an earthquake. He also added that it was time for the EU countries to think about abandoning nuclear energy.

It would seem that Japan and Austria are very far from each other. It would seem that there is no link between nuclear power and big politics, unless we are talking about the development of nuclear weapons that Iran and North Korea are suspected of. However, the Austrians managed to find this link. Their struggle against nuclear power in Europe has caused numerous troubles in many countries, and some stations were shut down altogether because of the Austrian interference.

Until late 1970 Austria, like all developed countries (and even some not so developed ones), was actively engaged in nuclear research. Nuclear power plant Zwentendorf was built near Vienna, but never started its operation. In 1978 environmental activists for fear of accidents have held the country's national referendum on the future of the plant. Those against nuclear power plants have won with a narrow margin, and since then the facility has been frozen.

The result was paradoxical: the headquarters of the International Atomic Energy Agency (IAEA) are located in the country that has abandoned using nuclear energy. Ecological extremism in Austria has intensified after the Chernobyl disaster, when the radioactive cloud from the Pripyat reached the Danube and the Austrian Alps. Gradually the country took the course towards the struggle against nuclear power plants throughout Europe. The corresponding provision is reflected in the programs of all major parties in the country, from Social Democrats to the far right.

Nuclear power plants located in the four neighboring former socialist countries have become of particular interest to Austria. The Austrians have displayed a very selective approach with easily traceable political motivation. The voices in favor of shutting down Paks nuclear power plant in Hungary were not too loud. It is understandable because the relations of Austria with its eastern neighbor have been historically the least complicated (unless, of course, we consider Germany and Switzerland that share the same language).

In contrast to Paks, nuclear power plant Krsko in Slovenia has caused greater opposition. Back in the 1990s when the former Yugoslav republic was not a member of the EU, the Austrians have expressed concern about its operation. In recent years, Krsko operations were indeed unsatisfactory. In 2008, it had to be stopped due to malfunctioning. In the past there were issues in the nuclear center of the Physics Institute. Each time Vienna reacted harshly, and it expressed only one requirement: to consider shutting the plant down.

Slovenian nuclear power plant has received greater attention than the Hungarian one even before any issues have manifested. Here again one can trace a political motivation. Slovenian lands for many centuries had been part of Austria, and a part of Slovenia in the early 1940s was forcibly incorporated into the Third Reich, which Austria joined voluntarily. As if apologizing for the atrocities of their fellow countryman Hitler, in the early 1990s the Austrians were among the first to recognize the independence of Slovenia. Vienna was expecting reciprocity in the form of a shut down nuclear power plant, but to no avail.

The pressure on Slovakia from Austria proved to be quite effective. In 2002, while seeking membership to the EU, succumbing to the Austrian pressure, Slovakia pledged to stop nuclear power reactors "Jaslovské Bohunice." By 2008 the promise was fulfilled. Yet, in January of 2009 Slovakia has suffered from the actions of the Ukrainian leadership that engaged in the illegal tapping of gas. In an effort to restore its energy balance, the Slovak authorities have re-launched the reactors. Austrians did not like it, but the second time around the Slovaks did not succumb to their pressure.

A real atomic-political thriller played out in the relations of Austria and the Czech Republic - a country whose relations with the Austrians have been historically complex. In Vienna the Czechs are believed to be one of the main perpetrators of the collapse of the once great empire of Austria, while Prague responds complaining of the Austrians' harassment that lasted for centuries. One of the sore points "adjacent" to historical grievances was the Czech Temelin NPP located near the Austrian border.

As soon as the Czech Republic started negotiations about the EU membership in 1998, Austria that was already a member has pledged to block the membership if Temelin is not shut down. The Czechs refused, citing the fact that the choice of energy sources was an internal affair of each country. Austrian activists blocked the border crossing, and the far-right Freedom Party attempted to organize an anti-Czech referendum. However, the EU sided with the Czech Republic, and Temelin did not become an obstacle to the Czechs' membership in the EU.

However, it turned out that the problem really existed, and it was not just about Austria's attempts to take revenge on the Czechs for the collapse of the empire. In recent years many inadequate situations took place in Temelin. The reason is because in the early 1990s, trying to get rid of all "Russian", the Czechs installed American bars on the Soviet reactor. They were incompatible, and reports of malfunctions at Temelin are commonplace. Harsh statements of the Austrians on this occasion have also become somewhat commonplace.

The Czechs have turned out to be uncompromising, which cannot be said about the more distant from Austria Bulgaria and Lithuania. Largely at the request of Vienna the former has shut down the Kozloduy nuclear power plant, and the latter - the Ignalina NPP. This means that "extremist environmental policies" of the Austrian leadership have already brought some fruit.

It is unlikely that Austria would have behaved so aggressively if its leadership did not have the support of other European countries. The Green Party sits in the parliaments of almost all of Western European countries and even in some places in the former socialist countries. When the "green" became a part of the ruling coalition in Germany in 1998, Gerhard Schroeder's government has committed itself to shutting down all 17 German nuclear reactors. It is obvious that the Austrians have a strong brotherly support.

However, not all German politicians were inclined to honor the commitment undertaken by the government of Social Democrats and the Green party. Two years ago Chancellor Angela Merkel made a decision to extend the life of the 17 reactors. Vienna has expressed its indignation, but Berlin chose not to listen to its "younger" German-speaking brother. Austria had to cool its antinuclear fervor.

Nonetheless, the recent earthquake in Japan once again forced the conversation about the safety of nuclear reactors. This time the Austrian diplomat is unlikely to miss the chance to speculate on this topic on a European scale. However, the safety of nuclear power plants in earthquake-prone areas really requires consideration. It is difficult to argue with Austria under the current circumstances. However, the idea of shutting down the plant will apparently remain at the level of an idea. It is not only the Czech Republic and Slovenia that develop nuclear energy, but also Germany and France. Even Japan suffering from the disaster does not intend to abandon it. 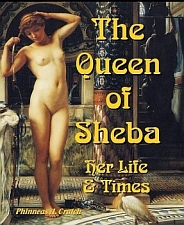