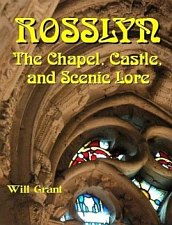 Ain't the Lord GOOD to our Children!

Pastor accused of having sex with teen in church

A pastor, who is also a Maryland registered sex offender, is again facing allegations of sex abuse after a teenage girl accused him of having sex with her inside his home and the church they attend, according to court documents.


Tonto Sylvester Corbin, the 42-year-old pastor of Jesus Saves House of Prayer and Refuge, was taken into police custody Saturday after a 15-year-old girl alleged she had sex with Corbin on two occasions last year, according to police.

A representative for the church could not be reached for comment.

Corbin has been charged with sex abuse of a minor, sex offense and assault.

He is being held without bond at the Wicomico County Detention Center following a bail review hearing Monday. A prosecutor was present for the hearing and requested bond be withheld or a high bond be imposed, according to Wicomico County State's Attorney Matthew Maciarello.

According to court records, the first incident occurred in Corbin's Salisbury home on Sept. 1.

The second incident is alleged to have occurred inside Jesus Saves House of Prayer and Refuge on Nov. 25. The small church is located inside the McIntire Building on East Main Street. White lettering painted on a glass window on the front of the building lists the name of the church and identifies Corbin as the pastor.

According to police, the victim reported Corbin picked her up from her home to drive her to a fast-food establishment. They stopped at the church where they allegedly had sex inside a bathroom before Corbin drove her to the fast-food restaurant and later drove her to her home.

No one else was inside the church at the time, according to police interviews with the victim.

The allegations mark the most recent sex-related criminal charges filed against Corbin. He was convicted of second-degree rape in Somerset County in 2003. Corbin had a sexual relationship with a 13-year-old girl between 1990 and 1991. The victim had a child. Corbin was charged after a blood test identified him as the father.

Corbin was sentenced to 10 years in prison on the rape charge, however all but one year and six months were suspended. He was also ordered to serve three years of supervised probation.

More than two years after the rape conviction, Corbin was convicted of involuntary manslaughter in 2005 in Somerset County. He was sentenced to 10 years in prison; two years of his sentence were suspended.

Corbin was released on probation in Feb. 2009. A special condition of his probation: Corbin was prohibited from having contact with children under age 18, according to court documents. He was banned from participating in groups or activities that involved minors under age 18. 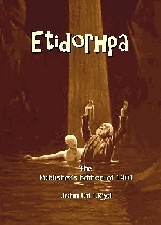