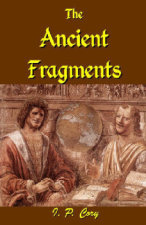 Every once in a while, establishment control of the mainstream media cracks for a moment. In an effort to achieve higher ratings, mainstream news programs will invite guests on that promise to be "interesting", but then they will say something that is not part of the script and the entire system will go into a state of chaos for a moment. One example of this happened recently when two CNN "infobabes" interviewed former CIA officer Michael Scheuer about the situation on the ground in Libya.

They asked Scheuer some questions regarding the role of the CIA in Libya, but the interview rapidly moved in some directions that the "infobabes" were not anticipating.  Instead of sticking to the "Republican" or the "Democrat" script, Scheuer ripped both parties and he detailed many of the reasons why we should have never gone into Libya at all.

The "infobabes" grew increasingly uncomfortable as Scheuer described how large numbers of the resistance fighters in Libya have fought against U.S. troops in the Balkans, in Afghanistan and in Iraq.  They did not seem pleased at all when Scheuer declared that the civil war in Libya is "none of our business" and that to the rest of the world this conflict looks like "Americans killing Muslims for oil" all over again.

The funniest part of the interview was when Scheuer accused one of the "infobabes" of "carrying the water for Mr. Obama".  After that statement, the female anchor that Scheuer was addressing was visibly flustered and quickly went to a commercial.

Video of this CNN interview with Michael Scheuer is posted below.  This is a video that should be shared with everyone you know....

When a big time establishment news network such as CNN goes "off script" it can be a beautiful thing to watch.

Of course Scheuer was exactly right. We never should have gotten involved in the civil war in Libya. It was none of our business. When the rebels picked up arms and started shooting at government forces, they should not have been surprised when Gadhafi's forces started shooting back.

Over the past few decades, there have been some very real genocides happening all over Africa, but the U.S. never seemed to care about any of those.

But now the mainstream media has been trying really hard to spin the civil war in Libya into a "great humanitarian crisis".

Well, that might fool some of the American people, but as Scheuer aptly pointed out, the rest of the world sees this as just another U.S. war in the Middle East for oil (and banking).

Nearly everyone in the mainstream media seems to be fully on board with this war as well.

Have you ever noticed that the news seems to have the same "flavor" no matter what channel you turn to?

There is a very good reason for that.

In an article that I previously authoried entitled "Who Owns The Media?", I explained that six incredibly dominant corporations control most of the news that we see today....

Back in 1983, approximately 50 corporations controlled the vast majority of all news media in the United States. Today, ownership of the news media has been concentrated in the hands of just six incredibly powerful media corporations. These corporate behemoths control most of what we watch, hear and read every single day. They own television networks, cable channels, movie studios, newspapers, magazines, publishing houses, music labels and even many of our favorite websites. Sadly, most Americans don't even stop to think about who is feeding them the endless hours of news and entertainment that they constantly ingest. Most Americans don't really seem to care about who owns the media. But they should. The truth is that each of us is deeply influenced by the messages that are constantly being pounded into our heads by the mainstream media. The average American watches 153 hours of television a month. In fact, most Americans begin to feel physically uncomfortable if they go too long without watching or listening to something. Sadly, most Americans have become absolutely addicted to news and entertainment and the ownership of all that news and entertainment that we crave is being concentrated in fewer and fewer hands each year.

Yes, there are always some minor differences in news broadcasts, and in recent years we have seen outlets such as Fox News attempt to become "the establishment Republican news" and outlets such as MSNBC attempt to become "the establishment Democrat news", but at the end of the day the kind of news that we get from all of them is pretty much the same.

But sometimes there are moments when establishment control of the news crumbles for just a moment.

Another example of this happened recently when Donald Trump made an appearance on The View. Not that Donald Trump is a huge "rebel", but apparently he has not gotten the message that you are not supposed to question Barack Obama's birth certificate on television.

The following is video footage of Trump's absolutely chaotic recent appearance on The View....

Whatever you may think about Obama, you have to admit that what he has been able to accomplish is rather extraordinary. He applied for the most important job in the world, and yet he kept vast sections of his background a complete and total secret. He did not produce his birth certificate, he did not produce his Columbia University transcript (or much information at all regarding his educational background), there are quite a few years of his life that really can't be accounted for at all and there are very serious questions about his Social Security number.

Yet in spite of all that he convinced the American people to make him the president of the United States.

That has got to make Barack Obama one of the greatest con men in U.S. history.

Hopefully in the future a law will be passed or the American people will demand that all politicians disclose at least the most basic information about their backgrounds.

For Obama to be able to get this far while keeping vast portions of his background a complete and total secret is absolutely mind blowing.

In any event, it has been refreshing to see some "cracks" appear in the control of the mainstream news lately.

Whether it is the war in Libya or whether it is Barack Obama's background, the truth is that we should all be free to ask the important questions.

Our founding fathers believed very strongly in freedom of speech for a reason. Free speech shines light in dark places and it holds people accountable. Free speech protects our freedoms and it keeps tyranny at bay.

Free speech is very precious and it is easily lost. Once free speech is gone it is incredibly difficult to get back. Let us cling to free speech and cherish it deeply, because it is absolutely central to who we are as a nation.

Main Article Page
This Is What Happens When Establishment Mind Control Of The Media Cracks For A Moment
http://www.hiddenmysteries.net/newz/article.php/20110410234908808