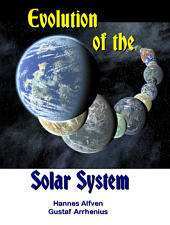 What if Making Babies -- Extending the Species -- Isn't the Real Reason for Having Sex?

What if everything we've ever learned about our basic motivation to have sex — the procreation of the species — is unequivocally wrong?

by A Modern Love Muse

What if everything we’ve ever learned about our basic motivation to have sex — the procreation of the species — is unequivocally wrong? What if making babies is a byproduct of the real purpose of our couplings?


What if the reason humans as a species spend more time having sex than any other creature on the planet — including our randy bonobo cousins who don’t seem to have any hang-ups about enjoying a good knoodling — is driven by something entirely different from what we’ve thus far been taught?

For this jaunt down sexual lane, we’re wrapping our scientific hands around controversial notions of female sexuality. An illuminating place to start is the recently published best-selling memoir by Pamela Madsen: Shameless: How I Ditched the Diet, Got Naked, Found True Pleasure...and Somehow Got Home in Time to Cook Dinner (Rodale, 2011).

Madsen’s narrative is a bold revelation of the pursuit of sexual gratification within the confines of marriage. Her courtship story reflects the social norms of her time: monogamy and matrimony, not necessarily in that order, but certainly till death do us part. When that construct no longer worked, Madsen found herself needing to scratch that immeasurable sexualove itch, the one begging for satisfaction and novelty, without violating her vows.

The standard explanation for our sexual choices for the past twenty years has been Sexual Strategies Theory: women are choosy about their partners because they need someone strong and resourceful to take care of their offspring, a guy likely to stick around during those tumultuous child-rearing years. Men, on the other hand, have an evolutionary drive to propagate their seedlings far and wide, preferably in young, fertile wombs belonging to faithful partners. This pits the genders (I use that word in the traditional sense, no insult intended to queers) against one another, creating dysfunctional mating and marriage patterns.

But Madsen’s journey is confirmation that something besides procreation drives our dalliances. A happily married mother of teenage boys enjoying weekly visits with her Therapist-cum-Adonis Sacred Intimate is looking for something, but it ain’t a papa for her brood.

And if baby making was the reason for our factories in the first place, how do we explain all our non-productive humping? Humans have very “unproductive” sex by evolutionary standards, on the odds of hundreds of couplings per successful insemination.

That women are “choosier” than men is scientifically verified. A commonly referenced 1989 study, by psychologists Russell Clark and Elaine Hatfield, asked female college students to introduce themselves to a male colleague and offer sex. In those trials, up to 75 percent of the guys said yes. When the roles were reversed, not a single woman was interested in casual sex with the guys.

On face value, this supports the Sexual Strategies Theory, but not why so many women engage in hanky-panky on the side. Female infidelity is often blamed on hormonal cycles: we choose the nurturing beta male as a primary mate, but are drawn to the squared-jawed alpha when we are ovulating. One problem with this scenario is that under differing circumstances, one woman’s beta is another one’s alpha. Our mate selection and bodies’ responses to sexual stimuli are often at odds with what we’ll admit to, as compared to males. Female sexuality is a hot consommé of desire, attraction and lust, which keeps punching holes in this French letter.

Girls Just Wanna Have Fun If…

More nuanced explorations are patching things up. Terri Conley, a University of Michigan psychologist with a keen interest in gender differences in sexual behaviors, dismantled some of the assumptions in the 1989 studies in her recently published work. For starters, the Juliettes in the original protocols were better at soliciting casual sex than the Romeos, thereby skewing the results in ways some have suggested reinforced the ideals of modern family structure ala 1950s. It wouldn’t be the first time science was accused of massaging the data towards particular outcomes.

Conley also factored in a solicitor’s good looks; by offering subjects attractive vs. unattractive potential lovers (Angelina Jolie and Rosanne Barr for the men, Johnny Depp and Donald Trump for the women) she discovered a more level casual sex playing field. If women really wanted a sugar daddy, The Donald would have secured himself some hypothetical pootie tang. But Depp was the preferred aphrodisiac. Another key difference was introducing women past childbearing as potential partners (Christie Brinkley). Men, it turned out, are eager for beaver if the cougar is hot. With regard to casual sex, both men and women were almost equally as likely to accept an offer if the proposer was attractive, and reject the offer from an unattractive but famous individual.

Conley’s conclusion? Gender differences towards casual sex be damned. “The extent to which women and men believed that the proposer would be sexually-skilled predicted how likely they would be to engage in casual sex with this individual.”

Turns out, girls want to have fun as much as the boys…under the right circumstances. Which brings us back to Madsen and every other women opening up her envelope to would-be lovers. We aren’t motivated by procreative evolutionary success but are seeking, quite simply: Pleasure.

This brings us to a significant juncture in our understanding of how we choose the lovers we do, and why men are less picky than women. Given the chance to sleep with someone, males can pretty much count on sexual satisfaction: orgasm and ejaculation, while not synonymous in men, are highly probable, the first and most times with a lover.

Women, on the other hand, have the greater capacity for overall sexual pleasure, but reach orgasm more slowly and less often, in general. But during first time encounters, women orgasm only about a third of the time. And finally, there’s the matter of social stigmas and personal safety: unlike men, women’s sexuality is politicized, and we are often compelled to make sure our potential lover is trustworthy (even if he is a stranger).

Pleasure Theory is a revolutionary evolutionary sexplanation for why we make love that accounts for the hiccups inherent in Sexual Strategies Theory. It suggests that the pursuit of pleasure is the central motivating drive for human sexuality, and that reproduction is a byproduct of our sexual acts. We are making love, not to pass on our genes, but because it feels so damn good — with the right lover, of course.

Main Article Page
What if Making Babies -- Extending the Species -- Isn't the Real Reason for Having Sex?
http://www.hiddenmysteries.net/newz/article.php/2011041701574354