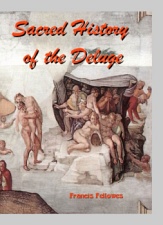 A man was seen fleeing from the Golden Gate Adult Superstore at 99 Sixth St., San Francisco, engulfed in flames.

"There was an ambulance crew that was in the area — a private ambulance company — that witnessed this person collapse, so they extinguished the flames and called it into the dispatch center," fire department spokeswoman Mindy Talmadge told AOL News.

Firefighters were able to extinguish the flames, but law enforcement sources say the man is fighting for his life in St. Francis Memorial Hospital. The man, who has not been identified, is being treated for first and third degree burns over 90 percent of his body. Turns out the unfortunate fellow was sitting in a private booth, watching an adult video, when he caught fire.

How does this even happen? We're not sure. The fire department called in arson investigators, but they say there was no damage done to the inside of the building. It is not yet known how the fire started. The store manager said drugs may have been involved.