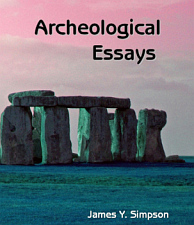 The Politics of Sex Positivity

The Republican Party recently hit the headlines when they introduced a “purity test” for members — defining the issues (from abortion to gun control) that all Republicans must toe the party line on. It got me wondering if the sex positive community could benefit from a similar manifesto — although would we ever agree what it should be?


In my first column for SexIs, I asked the question of what “sex positive” actually meant — and argued that “sex positive” is normally defined by what people say it isn’t — like my sexually confident friend Catherine.

I consider her quintessentially “sex positive,” but there are plenty of members of the so-called “sex positive” community who’d disagree — because while Catherine warmly and enthusiastically embraces her sexuality, she’s also vehemently pro-life.

I asked her recently whether she thought that belief was incompatible with identifying as “sex positive” — to which she responded: “Of course not. What does great sex have to do with killing unborn babies?”

“As far as I’m concerned,” she explained, “abortion is murder, plain and simple.”

It’s a topic Catherine gets particularly heated about, because she admits that her first child wasn’t planned — and she and her then-boyfriend (now husband) even talked about abortion at the time.

“For all of about five seconds,” she clarified. “Just because I felt pressured to. I was kind of into feminism at the time, and isn’t that what you’re supposed to do?” In the end, though, she and her husband chose to keep their baby and Catherine says: “I’ve never regretted doing the right thing.”

“I did learn from the experience, though,” she admits. “We made sure the second baby was planned — and in the seven years since, hubby and I have had a great sex life and never had any ‘accidents.’ That’s what the pill was invented for.”

And that’s really the crux of Catherine’s position on abortion:

“There’s no such thing as being ‘pro-choice,’” she argues. “By the time a woman is seeking an abortion, she’s already made her ‘choice.’ The choice to get pregnant in the first place.”

But many who proudly identify as “sex positive” might argue that Catherine had no right to call herself that because of this attitude towards abortion.

And that raises the question of what makes or breaks somebody’s claim of “sex positivity.” What issues are so intrinsic to a healthy embrace of sex and sexuality that any pretense of sex positivity is dictated by your position regarding them?

Is abortion one of them?

And, more importantly, who has the right to make that call in the first place?

It’s a question I think about a lot, because my right to identify as sex positive is commonly called into question as a result of what I write.

I don’t really take that criticism to heart — I pen a column called “Devil’s Advocate,” so I wouldn’t really give my readers their money’s worth if I didn’t write something they got heated about — but the passionate debate makes me realize something important:

Even in a community as close knit as ours, there’s nothing even close to consensus on many controversial issues. On the forums of EdenFantasys, and beyond, I’ve heard it all.

I’ve spoken to passionately liberal swingers who refuse to invite male bisexuals to play with them because they’re a “public health risk.”

I’ve debated with radical feminists who believe the entire system of government should be dismantled because it’s “a tool of the patriarchy.”

Among all this dissenting opinion, only one universal truth emerges: That anybody who considers themselves “sex positive” eventually ends up guilty of some alleged political or personal prejudice that others argue is “sex negative.”

And that even goes for the most high and mighty of the sex blogger community — the ones who commonly deign to define what “sex positive” is and isn’t.

This leads me to suspect that true “sex positivity” often goes beyond simply ticking a box on a manifesto checklist.

There are many members of the so-called sex-positive community who’d pick all the “right” answers regarding abortion, same-sex relationships, sex education and transgender equality — but when I’ve crossed swords with them in the forums or the comments section of a blog, they’ve nevertheless engaged in sex-negative behavior.

For example, in a community that’s supposed to judge on words and actions — not skin color, sexuality or gender — it’s hardly “sex positive” to argue that a white, straight, cisgender male shouldn’t be allowed to take part in certain discussions.

Playing Devil’s Advocate (as usual). I took a stab at coming up with some issues I do believe define “sex positive” politics. What’s your take on them?

• Acceptance of consensual, adult relationships regardless of their gender (mixed-sex, same-sex, transgender).

• Acceptance of polyamory, monogamy and all other forms consensual adult relationships even if you don’t practice them yourself.

• Acceptance of other people’s consensual, informed sexual behavior (even if it is unappealing to you) in their own personal lives.

• Support of other’s right to define their own label (straight, gay, lesbian, queer) even if it is different to how you might ‘label’ them.

• Support of civil equality for all, regardless of sexuality, gender, race or age.

Same-sex marriage, abortion and feminism are all notably absent — because I believe those are more about political theory then sex positivity. Do you disagree?

And more importantly — out of those parts of this manifesto that you do agree with, how many do you practice on a daily basis?

Because for all my pretensions of sex positivity, writing this made me realize that I fall short from time to time — and I suspect I’m not the only one. 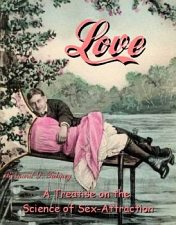