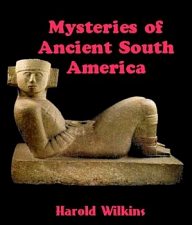 Are we on the verge of a dollar collapse? Don't believe the skeptics.

The truth is that there is no currency in the world that is stronger than the old greenback. The U.S. dollar is the reserve currency of the world. Virtually all of the nations on the face of the earth use it for trading and they always will. Oh What Tangled Web They Weave...


Why? Because the U.S. dollar is awesome. No currency on earth can compete with our awesomeness. So what that the dollar hit a new all-time record low against the Swiss franc today?

Do you really want to move over with the Swissies and eat chocolate and make watches? No, you want to live in the land of American Idol, the NFL and apple pie - the good old USA. Who cares if it takes about a dollar and a half to buy a single euro now? Do you really want to go live with the Frenchies and eat a bunch of French bread while you wear a beret every day? Of course not. There isn't going to be a dollar collapse. As long as the USA is still number one the rest of the world is still going to need U.S. dollars. So quit your worrying.

The other day all of the "doom and gloomers" were crying that the sky was falling because the U.S. dollar had fallen for 8 trading days in a row. They were proclaiming that the "end of the dollar" was near because the dollar index was approaching a new record low.

The following is how an article from yesterday in the Washington Post described the recent slide of the dollar....

The dollar has fallen against a basket of six major currencies -- the euro, Japanese yen, British pound, Canadian dollar, Swiss franc and Swedish krona -- for the past eight trading days. That measure struck its lowest point since July 2008 on Monday, at 72.72. It hit bottom in April 2008 at 71.33. Its highest point since the euro’s creation was 120.92 in July 2001.
Well guess what?

The dollar index moved back up today.

There is no need to get your pants in a twist over it.

When the U.S. dollar goes down, it makes our products more affordable overseas. When other nations buy more of our stuff that helps our businesses.

So when the dollar declines a little bit that is nothing to be alarmed about.

Should we be freaking out about a measly 6.5 percent?

I don't think so.

Do you want an even "scarier" number?

The dollar has fallen by 17 percent compared to other major national currencies since 2009.

Oooooooooohhhhhhhhhhhh - are you frightened out of your mind yet?

You better run outside Chicken Little - the sky might be falling.

The problem is that there are so many tinfoil hat wearing conspiracy theorists running around declaring that the U.S. dollar is dying that some people are actually starting to believe it.

Do you want proof that the U.S. dollar is going to be just fine?

"Our policy has been and will always be, as long as I will be in office, that a strong dollar is in the interest of the country."
Bam!

You have the very words of the U.S. Treasury Secretary right there.

He has promised the we "will always" have a strong dollar policy.

Geithner has said it and that settles it.

The U.S. dollar is just fine and there is not going to be some mythical "dollar collapse".

But isn't the price of gasoline going up?

But that isn't the fault of the Federal Reserve. They don't set prices for gasoline.

The reality is that prices for different things go up and down. That is what a free market economy looks like.

Right now the price of gasoline is actually lower than it was back in 2008....

So shouldn't we actually be talking about falling gasoline prices?

I don't know about you, but I sure am glad to be paying less for gasoline than I was back in mid-2008.

But the tinfoil hat crowd will "cherry pick" statistics to make it seem like things are worse than they really are. They will break out scary sounding statistics such as the fact that over the past 12 months the average price of gasoline in the United States has gone up by about 30%.

LOL - cry me a river. Life is tough. People will cry over just about anything these days.

Who really cares that the average American driver will spend somewhere around $750 more for gasoline in 2011?

That is just a sign that the economic recovery is in full swing.

Do you know how much all of that money is going to help our oil companies?

They are going to be swimming in cash, and all of that wealth will "trickle down" and help out the folks on main street.

You would think that the half-crazed economic bloggers out there would be thrilled by all of this, but no - they just keep trotting out the "inflation boogeyman" over and over and over.

Well, you know what?

According to no less of an authority than Federal Reserve Chairman Ben Bernanke, we basically have close to zero inflation in the United State right now.

You believe the Federal Reserve, don't you?

If not, there is probably something wrong with you.

Unfortunately, we have got a whole bunch of these self-proclaimed "experts" (who are really just legends in their own minds) running around proclaiming that inflation is not calculated the same way that it used to be.

Well, you know what? They are right. But it isn't some great conspiracy. The truth is that we have "improved" the way that inflation is calculated 24 times since 1978.

The government is always trying to become more accurate.

What is wrong with that?

But today we have a bunch of amateurs running around trying to tell us what the "real" rate of inflation actually is.

For example, a New York post analysis claims that the rate of inflation in New York City has been about 14 percent over the past year.

So how many prices did they measure?

Who are you going to trust more - the Federal Reserve or the New York Post?

Perhaps the New York Post should just stick to reporting on the latest Elvis sighting and leave economics to the big boys.

If hack reporting by publications like the New York Post wasn't bad enough, we've also got numbskulls like John Williams from a website called "Shadow Government Statistics" running around proclaiming that the sky is going to fall because of U.S. government debt.

The following is a sampling of the smelly stuff that Williams is spreading around....

S&P is noting the U.S. government's long-range fiscal problems. Generally, you'll find that the accounting for unfunded liabilities for Social Security, Medicare and other programs on a net-present-value (NPV) basis indicates total federal debt and obligations of about $75 trillion. That's 15 times the gross domestic product (GDP). The debt and obligations are increasing at a pace of about $5 trillion a year, which is neither sustainable nor containable. If the U.S. was a corporation on a parallel basis, it would be headed into bankruptcy rather quickly.
Does anyone actually believe any of that nonsense?

How long has Williams been predicting that U.S. government finances are going to collapse?

Yes, he has been doing it for a very, very long time.

Has the sky fallen yet?

Are we living in an economic wasteland?

Has there been a U.S. dollar collapse?

Look around you - everything is just fine.

Every time the U.S. economy has had a recession in the past, what has happened?

The economy has recovered and has gotten larger than ever.

And that is exactly what is happening again.

But sadly, there are more Americans than ever that actually believe that we are headed for economic disaster. In fact, there are some websites where they actually debate what the best place to live in the United States will be when the "economic collapse" happens.

Can you believe that?

People need to grow up.

When the U.S. government goes into more debt, more money is created. If there was no debt in our society there would be no money.

So all of these bozos that claim that they want to get rid of all government debt don't know what they are talking about.

We need to trust that the experts over at the Federal Reserve know what they are doing. The prudent moves by Ben Bernanke have helped the economy to recover after the horrible financial crisis of 2008. Instead of being criticized, he should be commended. There is a reason why he was named "Person of the Year" by Time Magazine in 2009.

The Federal Reserve is watching inflation. If it starts spiking up a little bit they will stomp it out. They know what they are doing.

This is 2011 - the people running things were produced by some of the greatest academic institutions on the planet. Nothing is going to catch them by surprise. They know exactly what our problems are and how to solve them.

So quit listening to the tinfoil hat crowd. Yes, the U.S. dollar will fluctuate a little bit relative to other major currencies. That is nothing to be alarmed about.

Hopefully by now you have figured out that this is a satirical piece demonstrating how ridiculous much of the propaganda in the mainstream media really is. Thank you for taking the time to read my twisted attempt at humor. 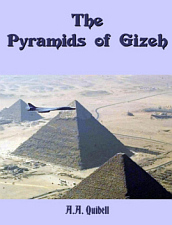